A walk around Skaw and the north cliffs produced 2 Purple Sandpipers, 5 Robins, a Fieldfare, 50 Redwings, 6 Song Thrushes, 15 Blackbirds, a Blackcap, 2 Chiffchaffs, 6 Goldcrests, 7 Bramblings and 4 Mealy Redpolls. A circuit around Norwick added the Long-tailed Duck, 5 Robins, a Fieldfare, 50 Redwings, 2 Song Thrushes, 2 Blackcaps, 3 Chiffchaffs, 5 Goldcrests, 40 Bramblings, 3 Chaffinches and 13 Snow Buntings. We then walked Inner Skaw and the cliffs of Lamba Ness seeing a Bonxie, 12 Robins, 3 Ring Ouzels, 3 Fieldfares, 25 Redwings, 12 Song Thrushes, my first Mistle Thrush of the year, 2 Blackcaps, a Chiffchaff, 9 Goldcrests, a Reed Bunting, a Lapland Bunting, 26 Snow Buntings, 2 Siskins but best was saved to last when we found a rather mobile Hornemann's Arctic Redpoll that initially was accompanying a flock of Snow Buntings before briefly joining 2 Siskins. 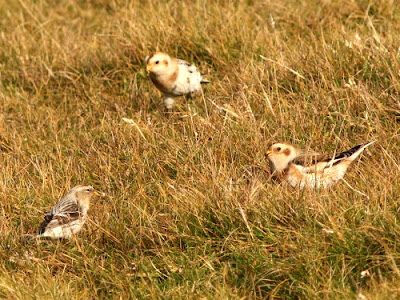 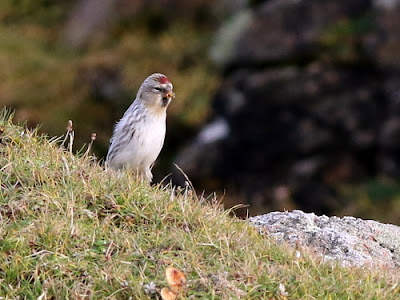 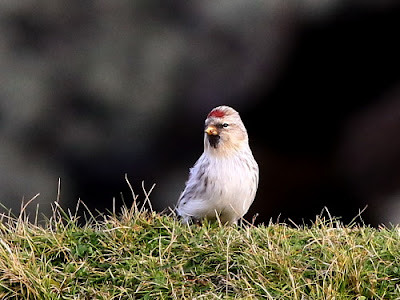 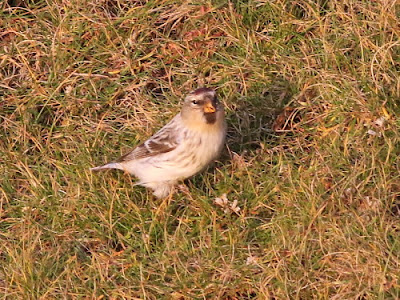 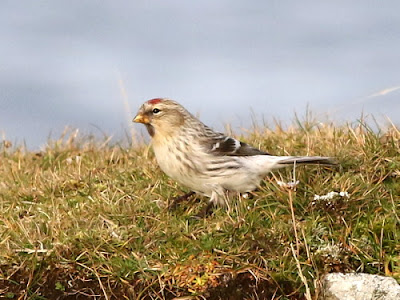 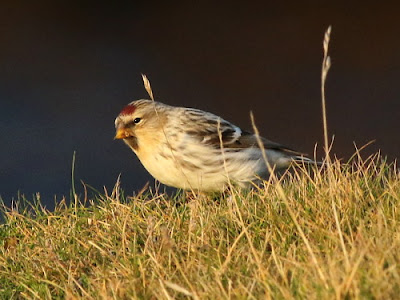 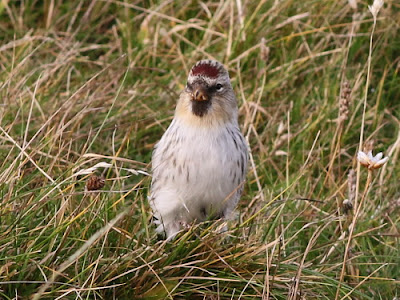 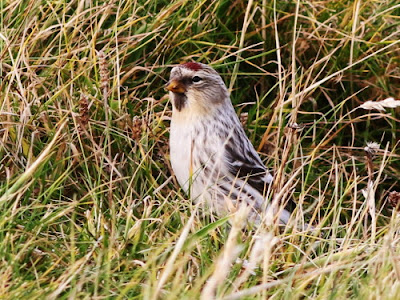 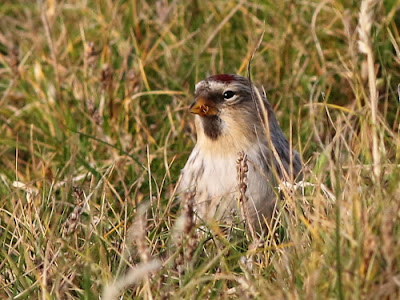 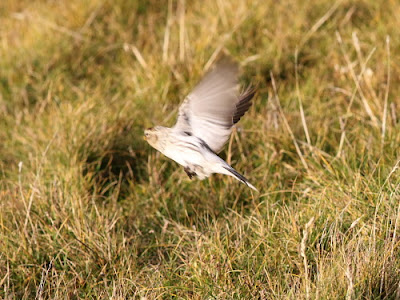 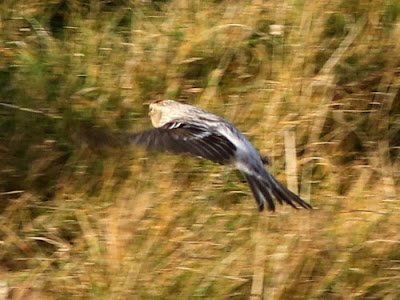 Hornemann's Arctic Redpoll at Lamba Ness
Whilst smaller than the accompanying Snow Buntings it literally dwarfed the Siskins when seen alongside them and always looked hefty and large all the more so when seen in flight. Furthermore, we quickly considered that its strong, deep-based triangular bill and  clear-cut chamois-leather coloured face contrasting strongly with its white body and large fluffy white trousers identified it as a hornemanni. It was initially giving a short rolling buzzing call, that on speaking to Brydon, he told us that he'd only heard made by Hornemann's Arctic Redpolls. Reviewing online images of Hornemann's Arctic Redpolls and speaking to Brydon only reinforced our identification. 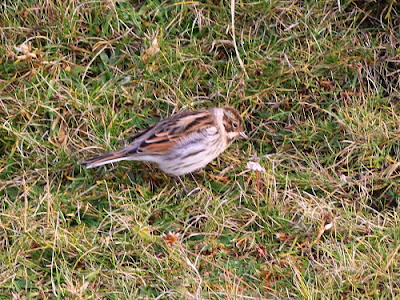 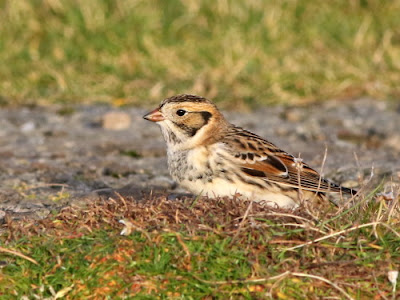