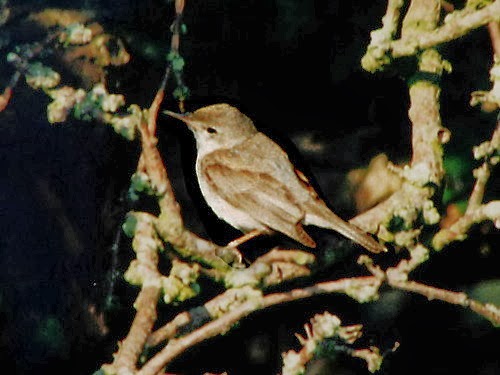 Eastern Olivaceous Warbler at Benacre (Alan Tate http://www.aabirdpix.com/ )
Having left Beachy on hearing news, I stopped on the M25 to phone Birdline again, only to hear there had been no further sign of the bird. I met Mike Henty in the services and we soon heard the bird had been seen again. On arriving the bird was frequenting the edge of some sallows and was watched until late afternoon characteristically pumping its tail.﻿
Posted by Hegura at 04:15
Newer Posts Older Posts Home
Subscribe to: Posts (Atom)