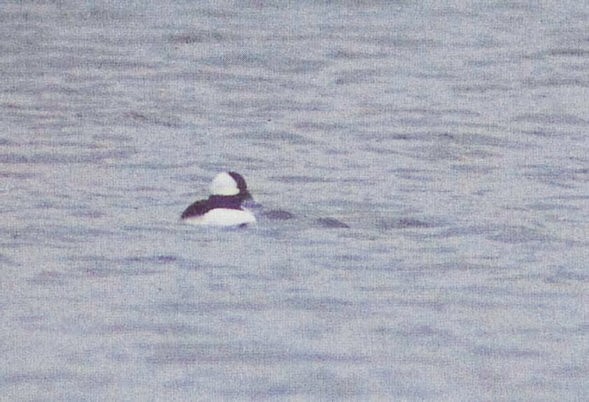 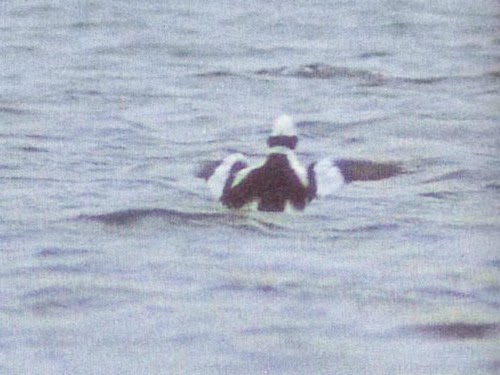 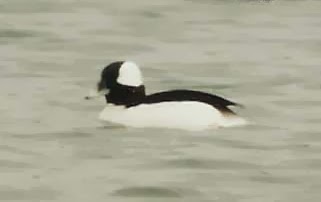 Drake Bufflehead at Colwick Country Park (Steve Young)
With only two British & Irish records since the first on the Isles of Scilly in 1920 combined with Steve Whitehouse's gripping tale of successfully twitching the third at West Loch Bee on South Uist in 1980 the news of a drake accompanying a small flock of Goldeneye at Colwick CP necessitated a hastily arranged morning off work, an overnight drive with JFC & JWK and a cold pre-dawn sleep in the car. First light saw plenty of birders but no immediate sign of the bird but it was soon located on a nearby lake causing an inevitable rush before everyone obtained good views as it constantly dived for food. As it subsequently flew around several times nobody expected it to stay but it eventually lingered until the 26th March.
Posted by Hegura at 10:04 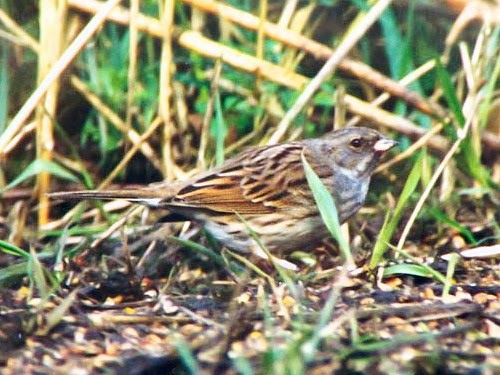 First-winter male Black-faced Bunting at Pennington Flash (Alan Tate http://www.aabirdpix.com/)
The first for Britain proved very elusive on the first morning of the huge twitch for it but we eventually obtained views of it feeding on seed put down in an area of cleared reeds. It went on to stay﻿ for seven weeks.
Posted by Hegura at 12:42
Newer Posts Older Posts Home
Subscribe to: Posts (Atom)