With a southeast wind forecast to be blowing overnight we hoped it might be late switching to northeast but unfortunately that wasn't the case. At least there was some easterly passage with 13 Great crested Grebes and 4 Pintail the highlights. We walked the riverbank north of Charleston but there was no sign of the Water Pipit although 3 Rock Pipits were present, at least one of which was a Scandinavian Rock Pipit having commenced its moult into summer plumage. 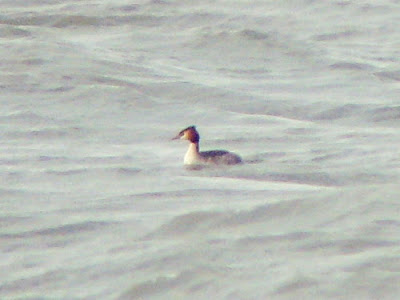 Great Crested Grebe off Birling
February and March are the best months to encounter an easterly passage off Birling of this typically nocturnal migrant and today's movement would have proved a daily maximum in many years. The greatest maximum daily count was of 45 (22E and 23 on the sea) on the 8/3/14. Whilst there has been a paucity of ringing recoveries of the species one ringed near Copenhagen on the 28/5/62 was found dead at Dymchurch, Kent on 22/1/63 that likely reveals the breeding range of some of the birds that winter off southeast England.
﻿ 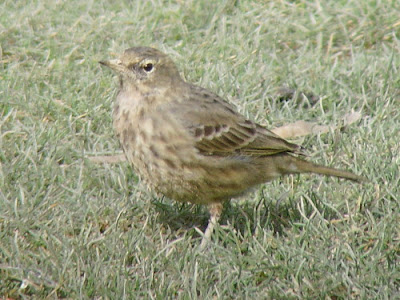 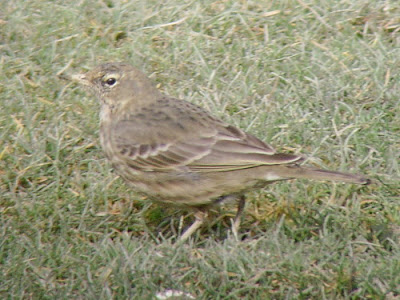 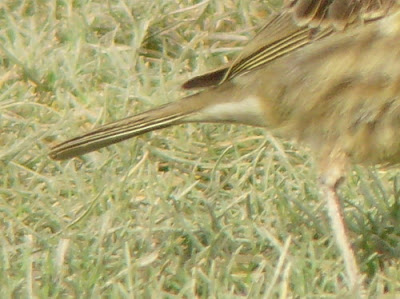 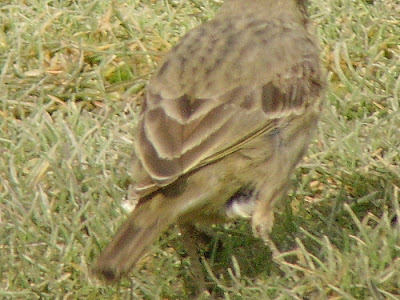 Adult Scandinavian Rock Pipit at the Cuckmere
Having clearly commenced its pre-breeding moult into summer plumage this individual was already sporting a pinkish blush to its throat and breast, greyish crown and is developing a pale supercilium whereas A.p. petrosus hardly undergoes any spring moult (Vans Duivendijk 2010). It is losing is dark malar stripes and its upper breast is taking on a dishevelled spotted appearance and its pair of longest tertials appear fresh compared to the worn fringes readily visible on its shorter tertials - littoralis frequently renew them as part of their pre-breeding moult whereas petrosus typically don't renew any wing feathers - Alstrom & Mild (2003) only saw a single specimen of petrosus that had renewed just is central pair of tertials. Further support for littoralis is provided by the extensive yellow base to its lower mandible, broad white tips to its median and greater coverts and its whitish outer tail feathers.
Posted by Hegura at 05:35
Newer Posts Older Posts Home
Subscribe to: Posts (Atom)