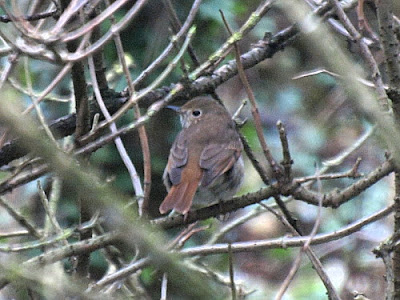 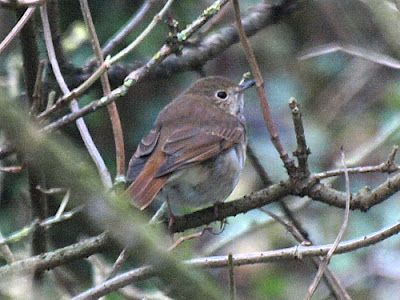 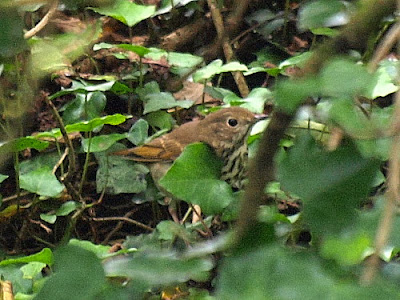 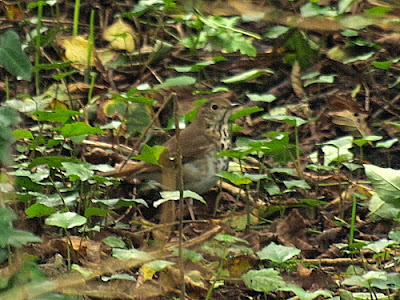 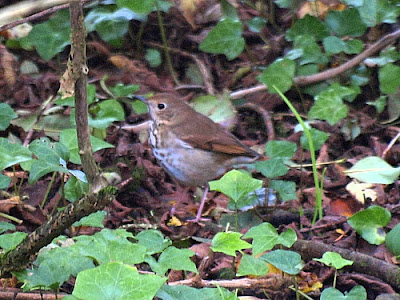 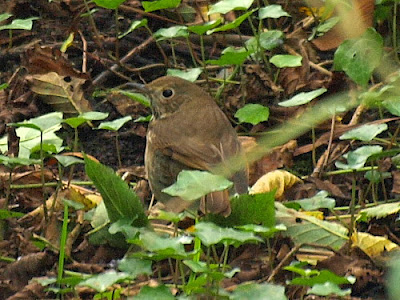 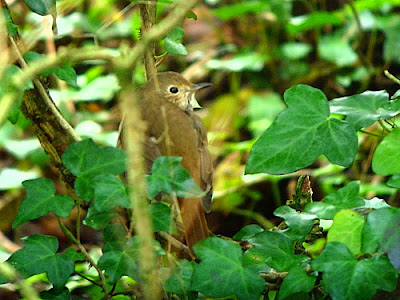 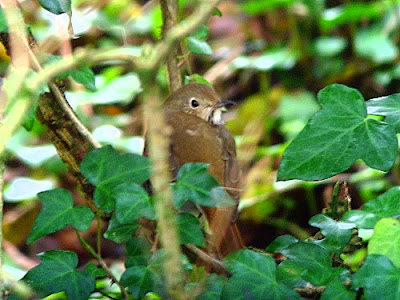 Hermit Thrush at Porthgwarra
Many thanks to RJF for convincing me to go and then doing all the driving
﻿
Posted by Hegura at 14:58 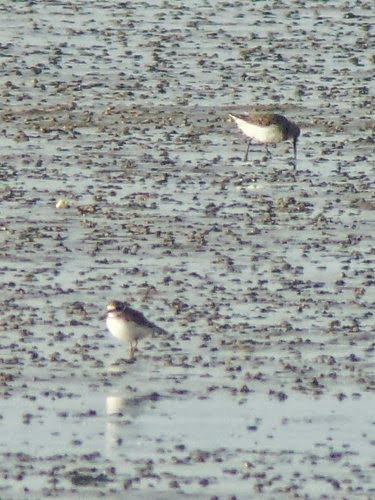 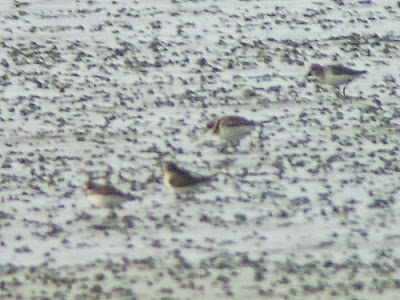 First-winter Semipalmated Plover (left) at Pilsey
Frustratingly distant, it always appeared very small and often slim alongside Ringed Plovers (and smaller than Dunlin) and was clearly tiny-billed by comparison. Its upperparts were perceptibly very slightly paler. At times it was therefore almost akin to watching a Kentish Plover amongst Ringed Plovers. 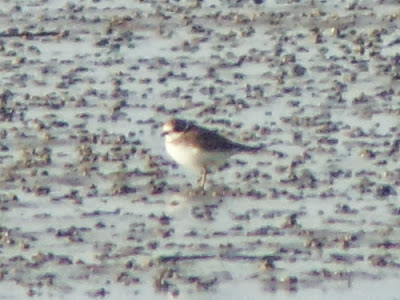 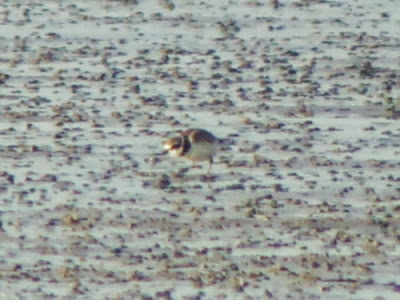 It consistently struck me as shorter-legged and the legs appeared both thin and dull. Critical detail was all but impossible to discern (by me at least) but note what appears the tell tale narrow white wedge above its gape just visible in the above images. 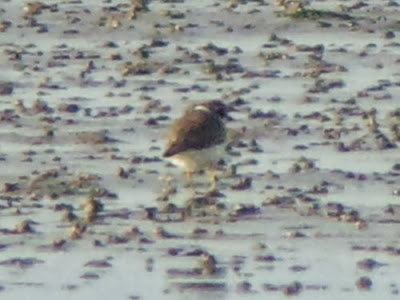 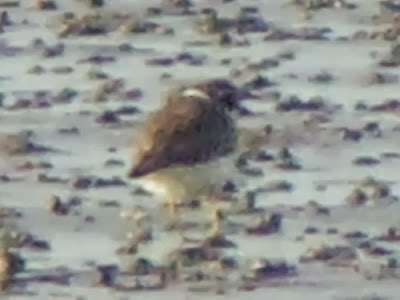 First-winter Semipalmated Plover at Pilsey Sands
Viewed facing away the narrow white wedge above its gape again appears just discernible but perhaps more importantly its silvery-fringed upperwing-coverts and colourful hind tibia contrasting with its dull fore-tibia appear a good match to Alan Lewis's (much better) image below. I knew nothing of the latter feature until AL posted such to Bird Forum. Despite the excessive magnification and enlargement used enough detail is still captured to hint at its very narrow yellow eye-ring. Many thanks to JFC, RJF, JWK & ADW for all openly sharing their perceptions and thoughts on this bird in the field and/or these images and of course to Barry Collins for locating it amongst the Waders at Pilsey on the previous two days. 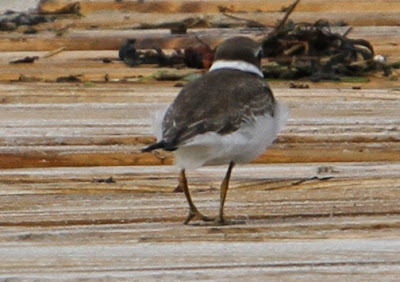 Semipalmated Plover at Hayling Island (Alan Lewis)
Copied without permission but hopefully Alan won't mind - he's previously kindly given me directions on where to (successfully) see the Baer's Pochard he famously twitched in Japan. Rufous-headed Robin next please Alan...
﻿
Posted by Hegura at 13:26 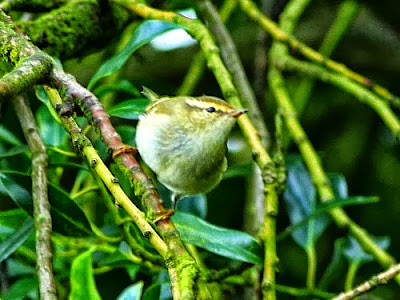 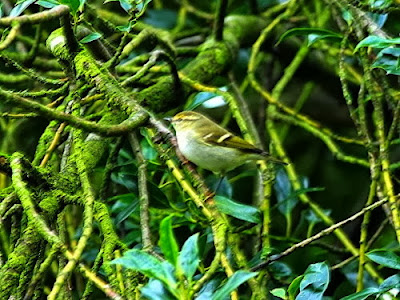 Yellow-browed Warbler at Burgess Hill (JFC)
beyond all expectations for a Monday morning at work!!
﻿
Posted by Hegura at 01:02 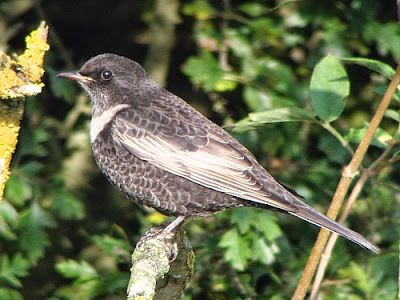 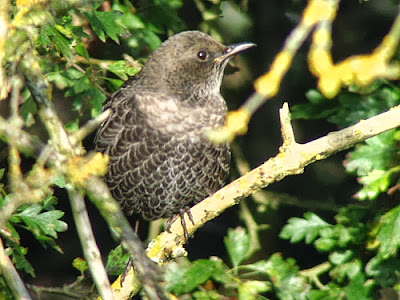 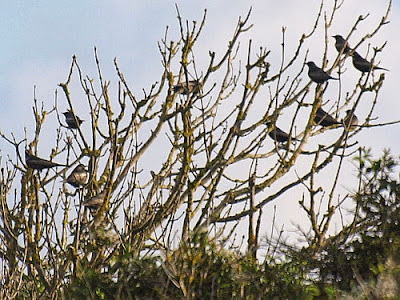 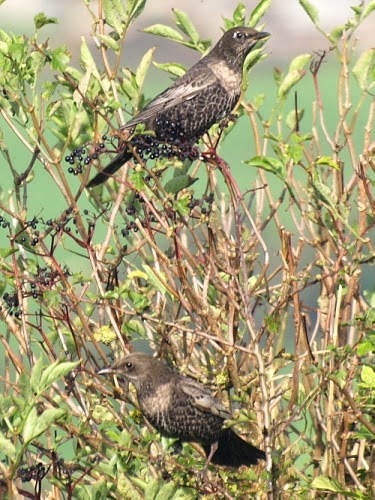 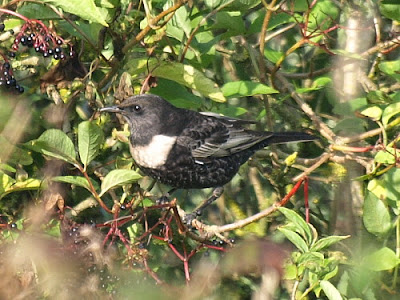 Ring Ouzels in the Hotel Garden
Posted by Hegura at 08:18 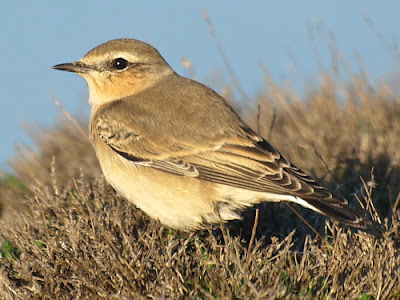 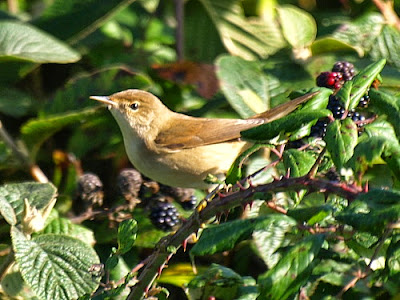 Reed Warbler at Belle Tout
﻿
Posted by Hegura at 09:18 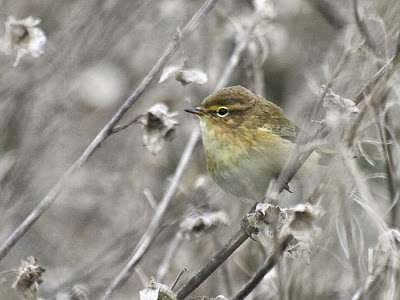 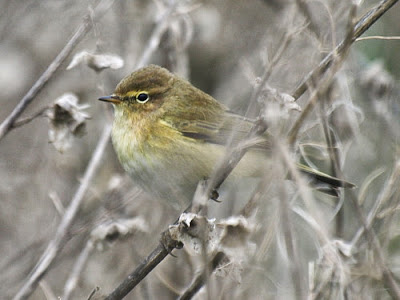 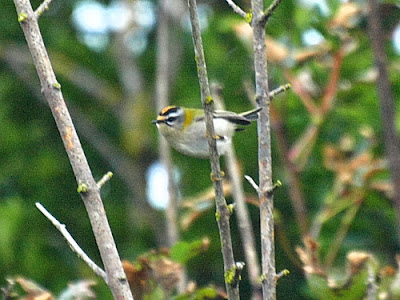 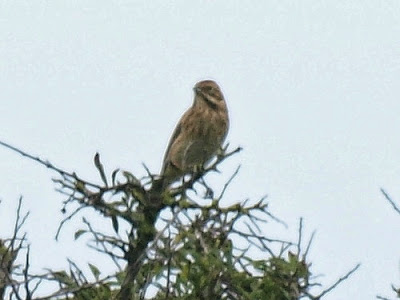