From the outset we were hearing and seeing overflying Redwings with our first decent arrival of the Autumn with many grounded flocks as the day wore on. Flocks of Brambling were also arriving and to a much lesser extent Blackbirds, Fieldfares and a Ring Ouzel. As we were driving towards Haroldswick Robbie sent a message to say a pod of Orcas were entering the wick. We arrived in time to see them heading for open water so we took a chance on Lamba Ness where we obtained some exhilarating close views of them in the heavy seas off the south cliffs. Then all too soon the weather deteriorated with the onset of heavy rain and gales. 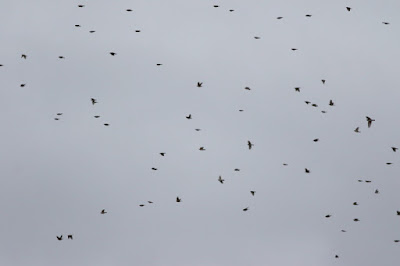 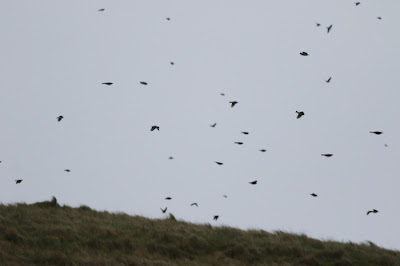 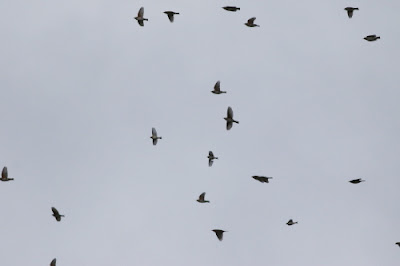 Redwings and Bramblings over Norwick 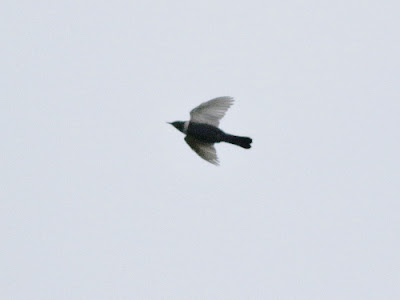 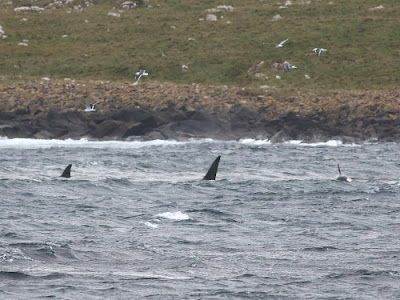 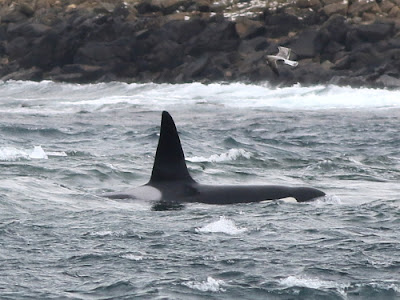 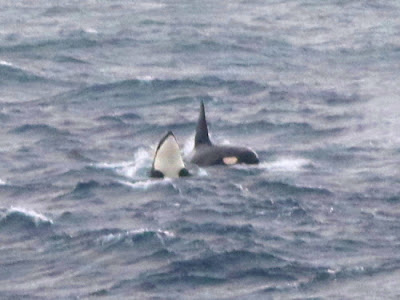 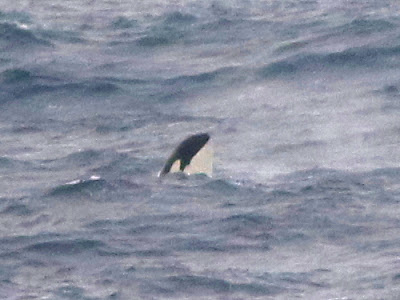 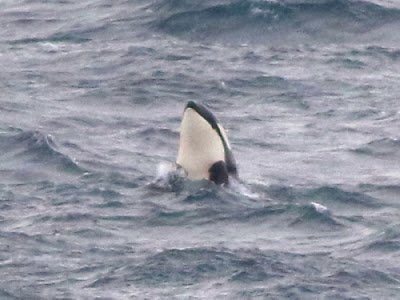 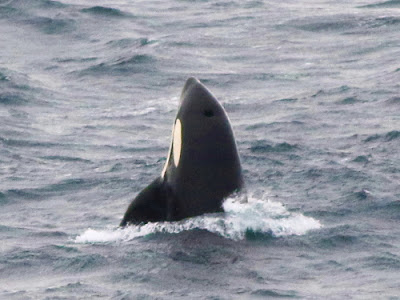 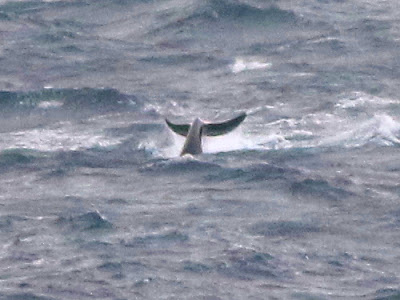 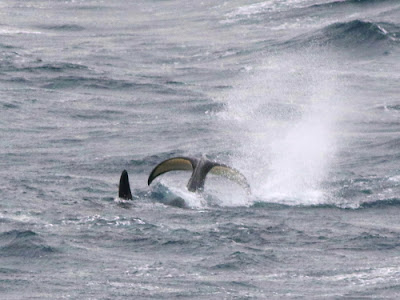 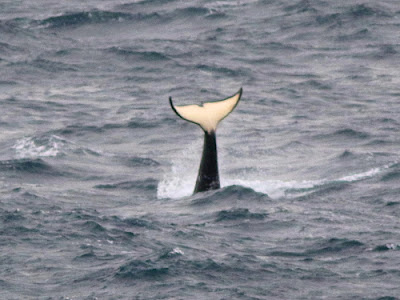 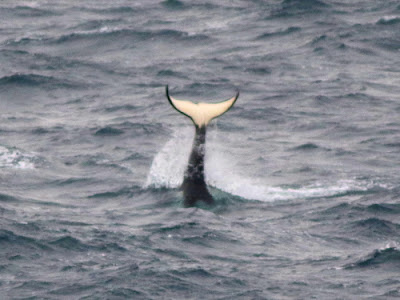 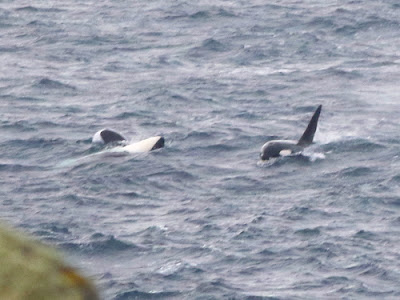 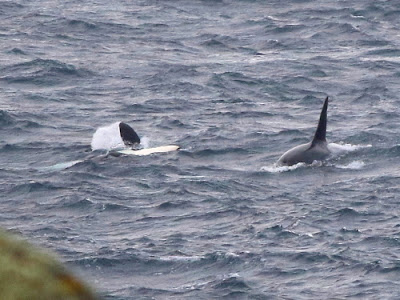 Orca swimming on its back 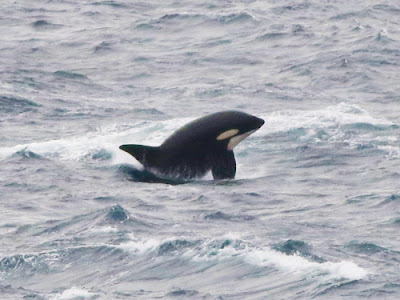 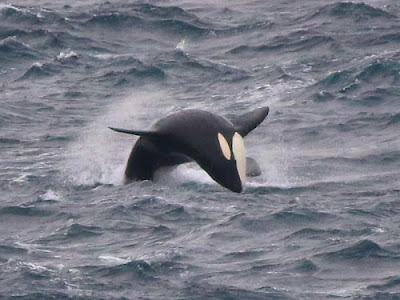 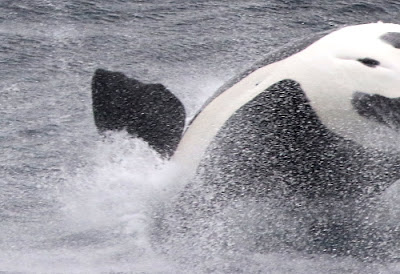 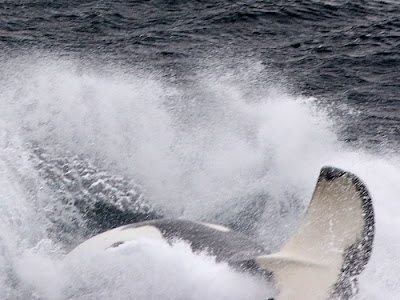 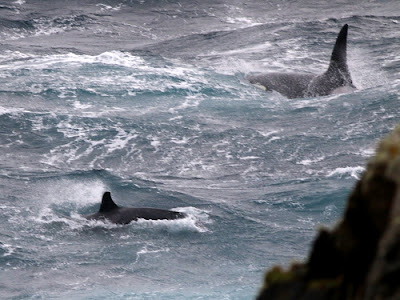 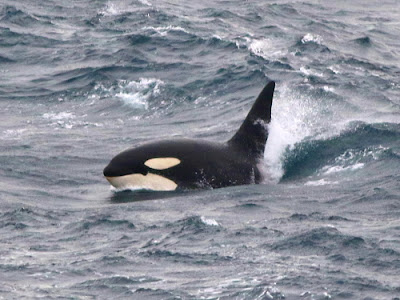 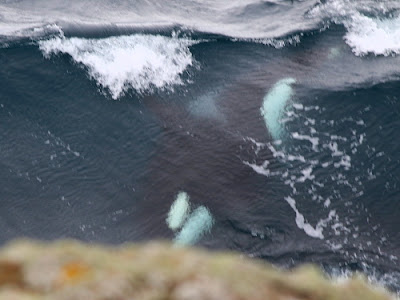