The fog soon cleared to leave a bright and virtually calm morning but the cloud began to build during the afternoon and it was raining by evening. A walk around Norwick produced nothing more than a Garden Warbler. Burrafirth added my first Kestrel of the Autumn, a Garden Warbler and my only Willow Warbler of the day. Whilst I couldn't find yesterday's Icterine Warbler at NorthDale I did see the Barred Warbler from the day before again. Walking around Haroldwick had delivered my first Reed Warbler of the Autumn and the Sedge Warblers were still busy collecting food. When my phone came back into signal it was soon apparent that I'd missed a number of calls from Brydon. Thankfully he'd sent a message too telling me that he was watching a 3cy Long-tailed Skua with Arctic Skuas on Caldback hill. I quickly joined him, Raymond and Robbie and the Long-tailed Skua put on a fine show, even hovering at times over the hillside - brilliant - well done Brydon! 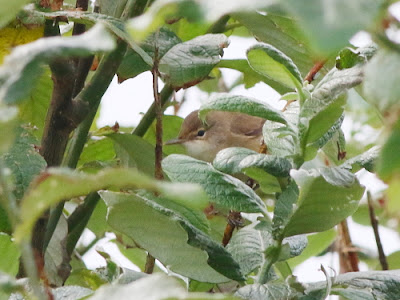 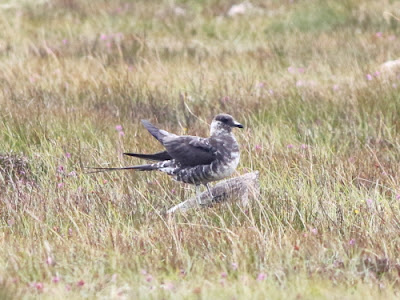 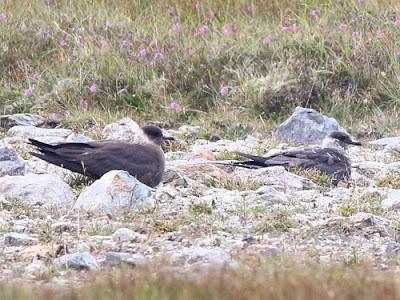 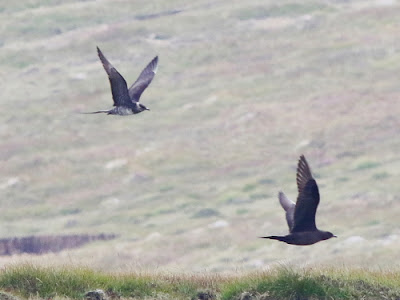 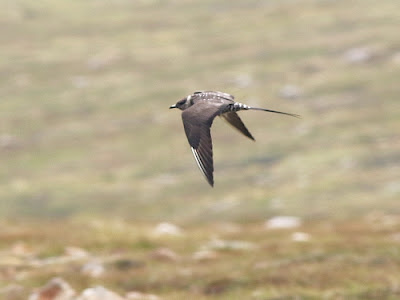 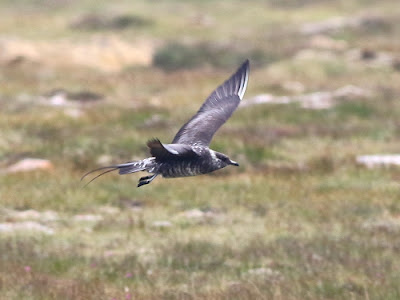 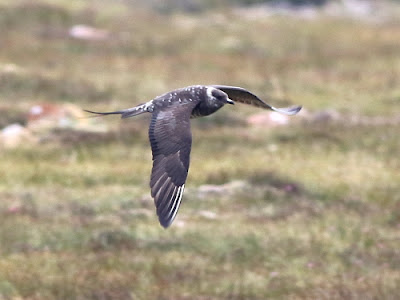 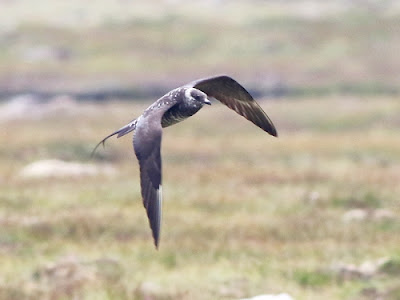 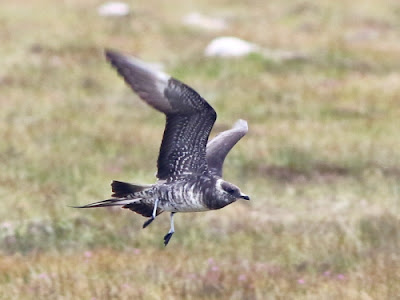 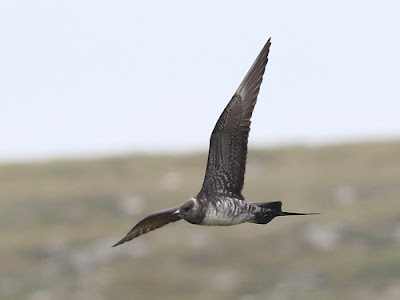 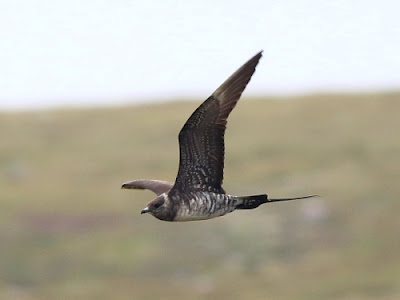 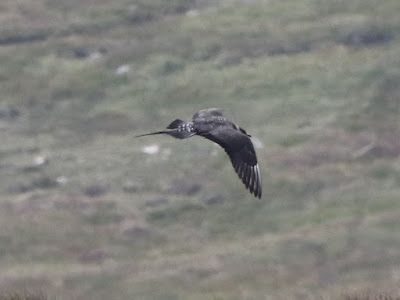 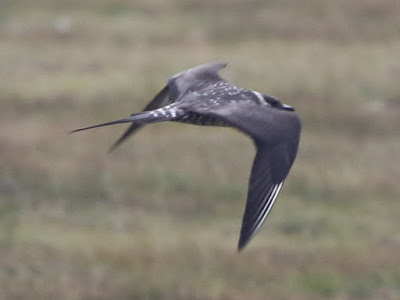 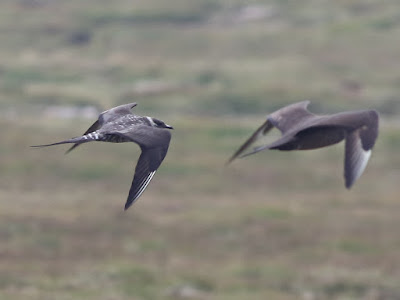 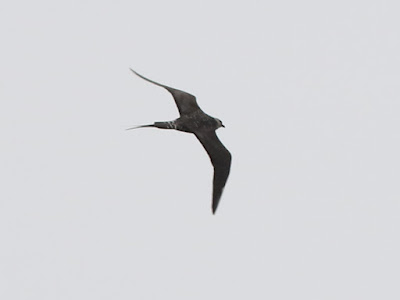 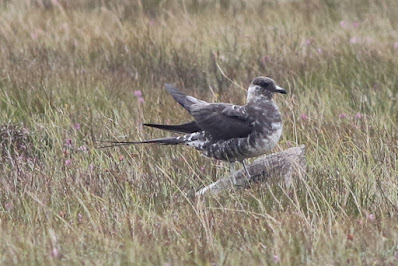 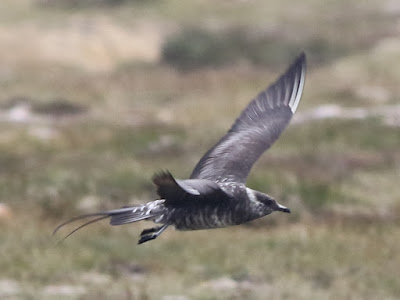