It was virtually calm at dawn with very light rain that cleared mid-morning to become a bright and sunny day. A visit to Skaw produced a White Wagtail, a Robin and 3 Wheatears. Norwick added the White-billed Diver, the 2 Great Northern Divers, the Sparrowhawk, 5 Wheatears, the White Wagtail, a Pied Wagtail and 2 Chiffchaffs. The 5 Gadwall were still at Haroldswick. I decided to head to Uyeasound to take a look for Andrew Harrop's 2cy drake King Eider found a couple of days ago that I finally saw in among c.120 Eider present around the offshore salmon cages. I was soon joined by Mike and Robbie and it eventually swam into more open water for a short while. I also saw a Kestrel and a 2cy Iceland Gull whilst at Uyeasound but just after I left and was driving north the Gulls started to panic and I soon saw the White-tailed Eagle flying south from Loch of Watlee towards Dam Loch, when it lost height, and landed on some rocks. A crowd of Hooded Crows soon assembled around it and unfortunately it took flight just before Mike and Robbie arrived but it was soon seen gaining height and we tracked it north to Baltasound. I stopped to take a look at Mike's Yellow-browed Warbler that he found yesterday afternoon at Setters Hill and I also saw my first 7 Siskins of the year there. During the evening a flock of 5 Carrion Crows arrived outside our house. 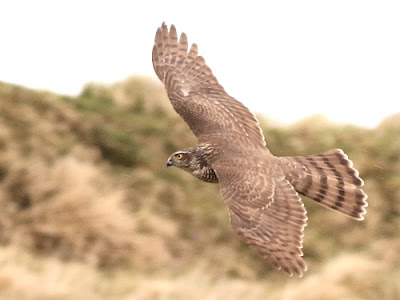 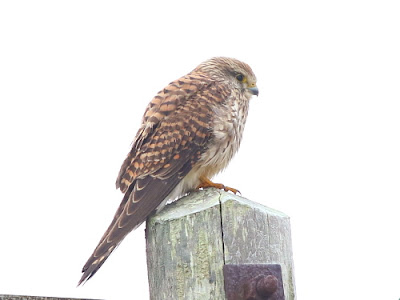 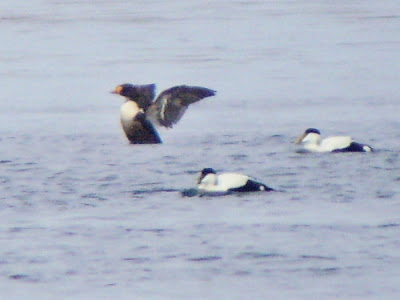 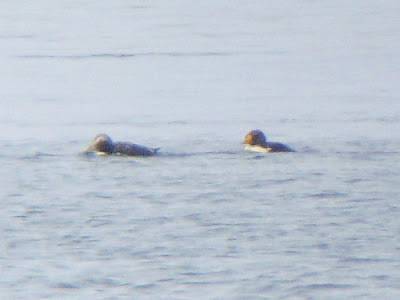 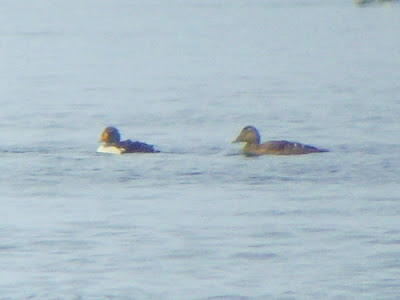 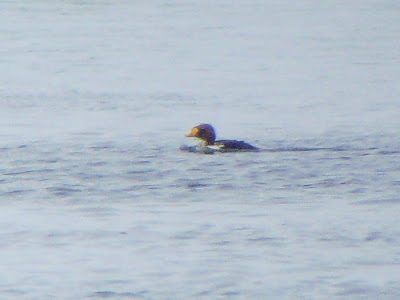 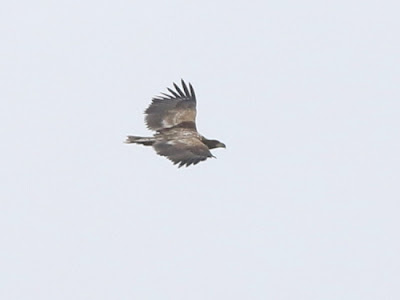 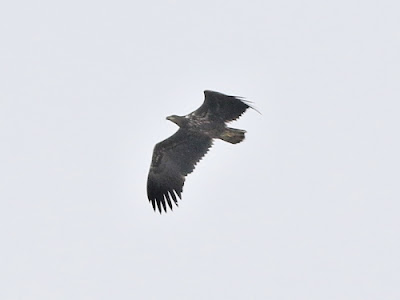 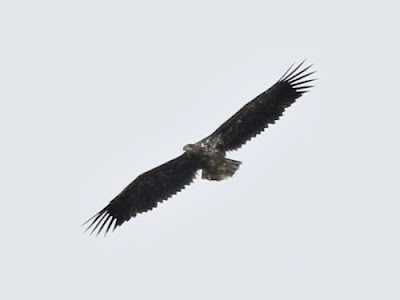 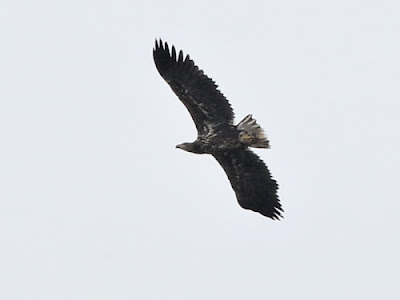 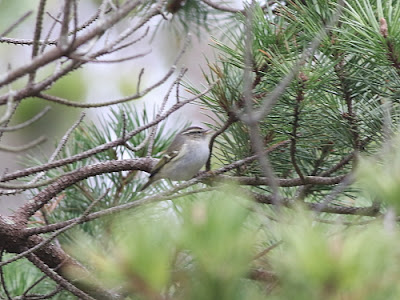