Still breezy but an improvement on yesterday. There was a Wheatear and a Brambling in our garden. Burrafirth was playing host to a Pink-footed Goose, a Woodpigeon, a Pied Wagtail, 7 Wheatears and a Redwing. On arriving at Skaw I'd seen a 2cy Iceland Gull, a Woodpigeon, a Pied Wagtail, 2 Wheatears, a Redwing and a Brambling before walking to the beach, where I heard a commotion, and there was the Sea-Eagle flying over the sea heading for Lamba Ness where it cleared the cliffs and flew over the wartime buildings near the tip before continuing low south and out of view followed by an angry entourage of Gulls and Ravens! I walked out to the headland where there was a Hen Harrier floating around. A walk around Norwick produced another encounter with the Hen Harrier now heading for NorthDale, 3 Sparrowhawks, a Merlin, a Woodpigeon, 2 Pied Wagtails, 4 Wheatears and a Brambling. 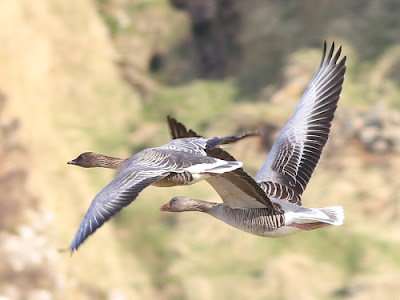 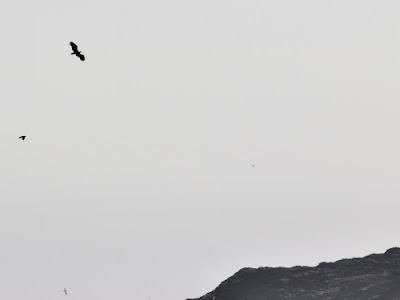 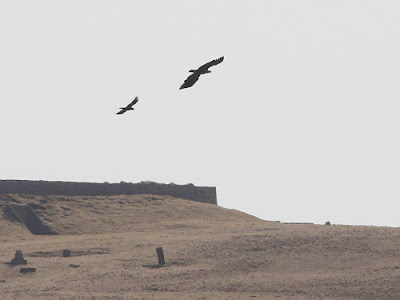 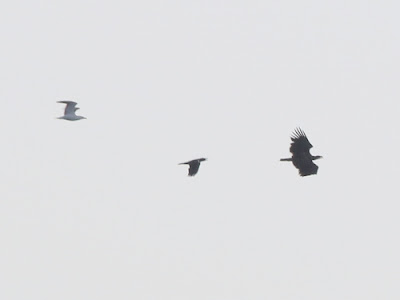 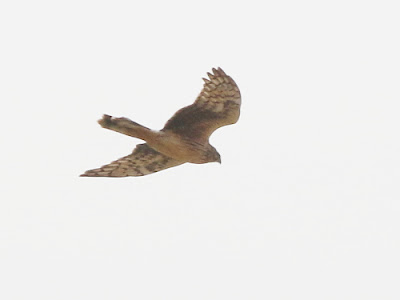 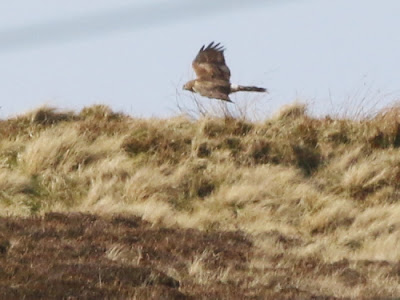 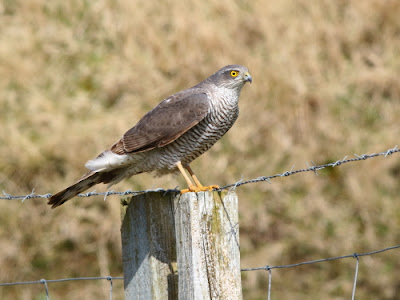 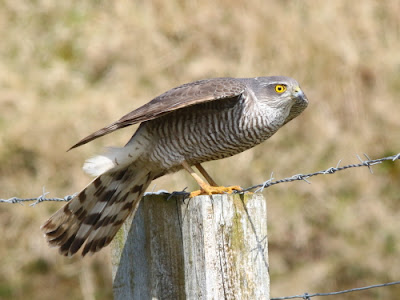 Female Sparrowhawk at Vaylie
As nice as it is to see a good number of Spaarowhawks on the island I only saw a single passerine whilst at Valyie today!
Posted by Hegura at 10:25
Labels: Lamba Ness
Newer Post Older Post Home