After it had been blowing a northwesterly overnight I was keen to get to Lamba Ness so was glad to see there hadn't been any of the forecast snow. On walking out of the front door there was a Glaucous Gull circling overhead that felt a promising sign. The road was icy but passable and on my arrival at Lamba Ness there was a Glaucous Gull cruising along the clifftops. I sea-watched from 9.45am to 11.15am and was joined by Robbie for the majority of the time. The undoubted highlight was a winter-plumaged White-billed Diver that flew north at 10.03am but I also saw a blue Fulmar, a Little Auk, 3 Glaucous Gulls and an Iceland Gull all flying north. We headed to Baltasound this afternoon to buy some milk and were rewarded with nice views of the lingering Goshawk. 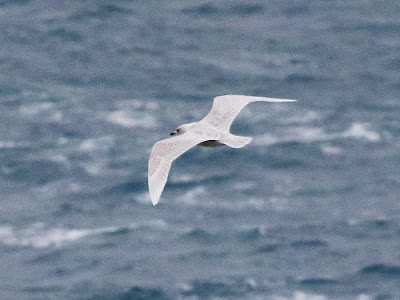 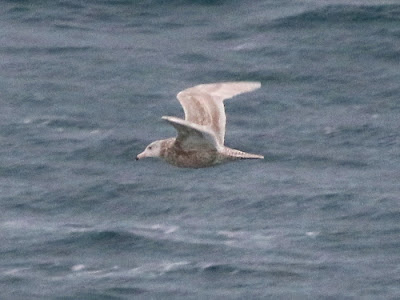 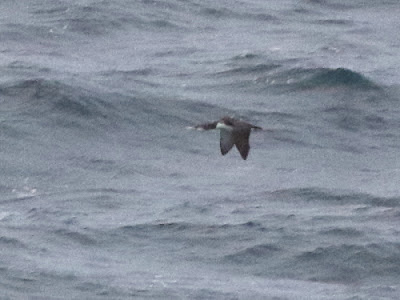 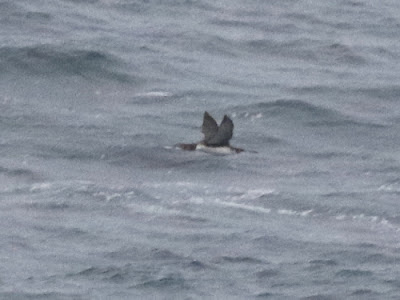 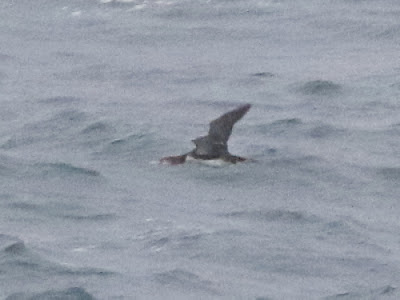 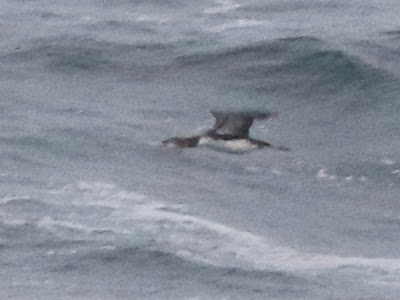 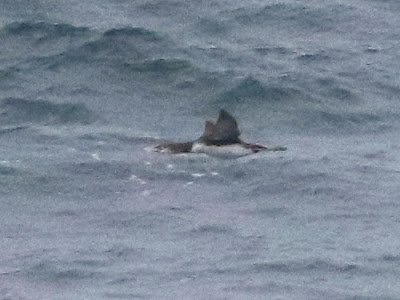 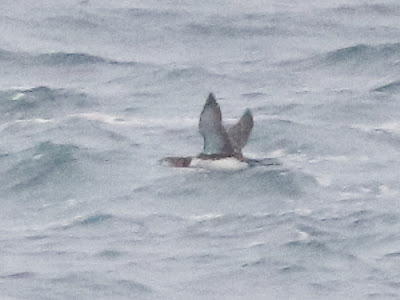 White-billed Diver passing Lamba Ness
Its ivory-coloured bill was immediately obvious being viewed against today's dark seas as was its giant size, brown plumage (not truly conveyed in the above rather monochrome images) and slow flight so I quickly drew Robbie's attention to it and he was quickly onto it whilst it was still approaching us. I switched to the camera, obtained a few images and then was quickly onto it through the scope when it was more a case of simply enjoying it rather than having the time to see every last detail. Despite not being as rare as they once were, they're still a thrill to see especially on a sea-watch. Whilst the light condition required a high ISO and thus grainy results the images still reveal its eye-catching predominantly ivory-coloured uptilted bill being basally a shade darker, its dark eye set against its pale face, dusky-looking brown head-sides with subtly darker broad half-collar lacking the white wedge of a Great Northern. It's large head and thick neck appear too heavy to be held horizontal appearing to hang downwards and the oft-quoted 'beer-belly' only adds to its thick-set, bulky appearance. Huge, broad wings required for such a giant! Its long thick feet project well beyond its tail. Whilst it is difficult to be certain of its age I suspect the uniform darkness of its upperwings and dark half-collar render it at least a 3CY+. Ignoring those seen on Bluemull it's the sixth White-billed Diver I've seen on Unst but the first in January (the others being 28/4, 30/4, 5/5, 6/5 & 2/11). 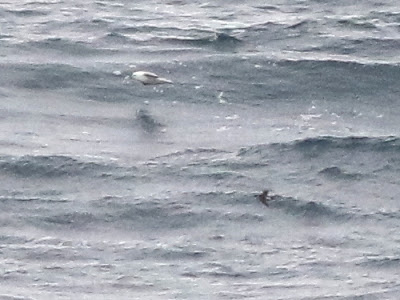 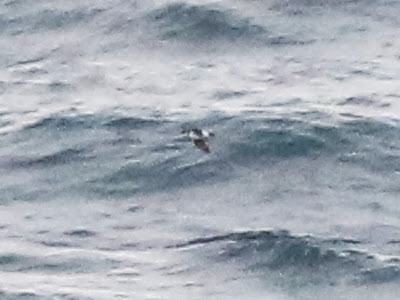 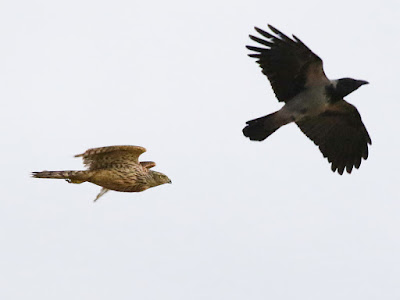 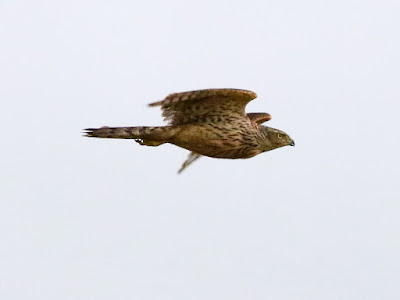 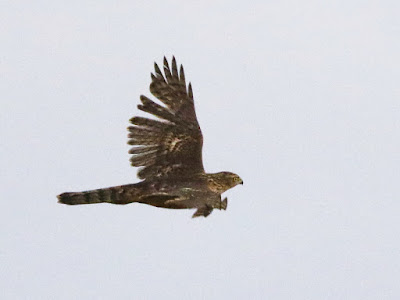 Juvenile Goshawk at Baltasound
the lingering individual first found by Brydon on the 14/11/2019
Posted by Hegura at 13:06
Newer Post Older Post Home