With rain in the forecast I decided to head straight to Burrafirth to complete the monthly beached bird survey. It was immediately obvious that there was a steady stream of Gulls arriving in off the sea from the north, over Burrafirth and south across Loch of Cliff. From 9.15am to 11am, among the many Herring and Great Black-backed Gulls I saw 66 Glaucous Gulls arrive! I returned at 11.45am but in the next 30 minutes only added one more to the tally. At Skaw I saw a single Glaucous Gull arriving and at Lamba Ness the roost held 2 more and my only Iceland Gull of the day. 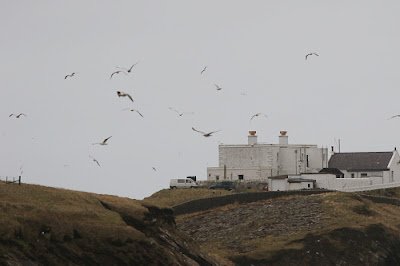 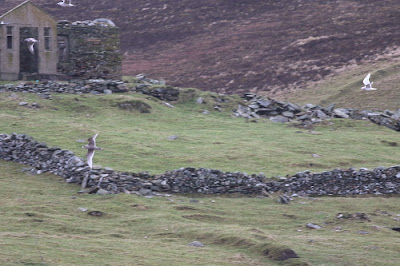 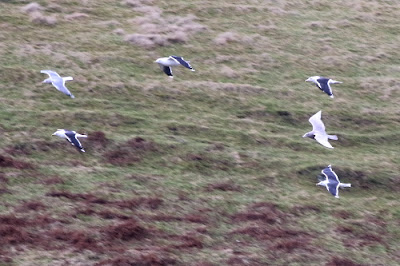 Steady stream of Gulls arriving from the north at Burrafirth 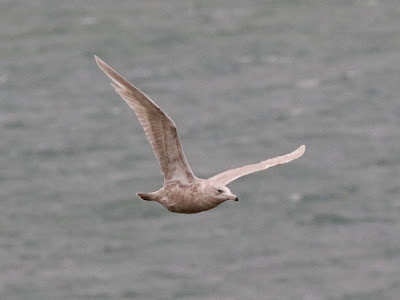