A windy and heavily overcast start to the year but at least it was mild and remained dry all day. I sea-watched from Lamba Ness for an hour with the highlight being a Little Auk flying north. I walked round a couple of pools that were playing host to Jack Snipe last Autumn and had soon flushed 3 individuals. I then popped home for a coffee before touring the island visiting various sites. 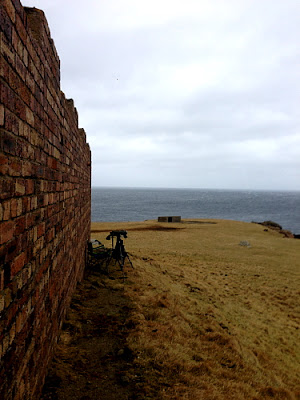 what better way to start the New Year... 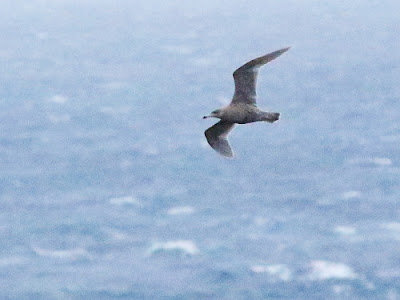 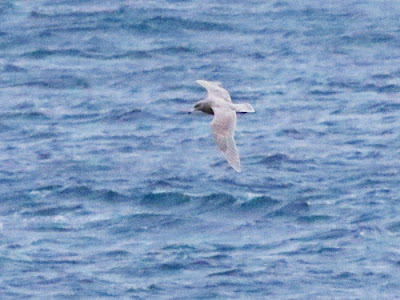 Second-winter Glaucous Gull passing Lamba Ness
A tricky individual to age with certainty under seawatch conditions as viewed from below it looks a juvenile but its upperwings appear rather too 'smooth' and it appears to lack any dark in the secondaries. 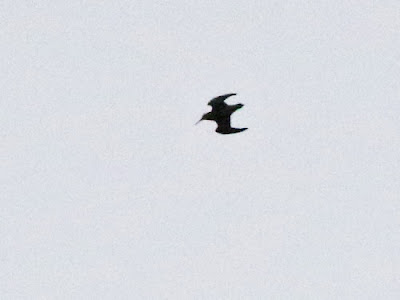 Jack Snipe at Lamba Ness
The Shetland Bird Reports for 2016 and 2017 only include January site counts of 1's and 2's so perhaps I should attempt a more thorough search at Lamba Ness in coming weeks... 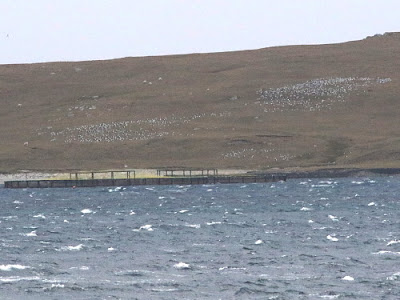 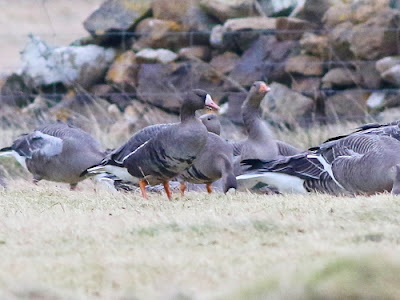 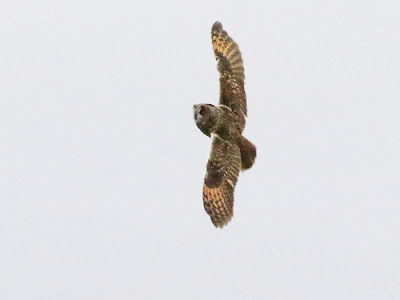 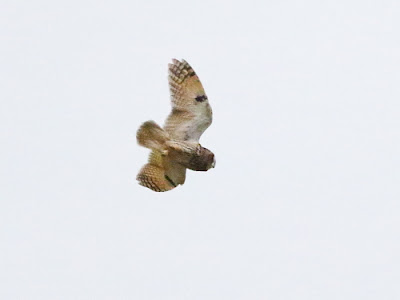 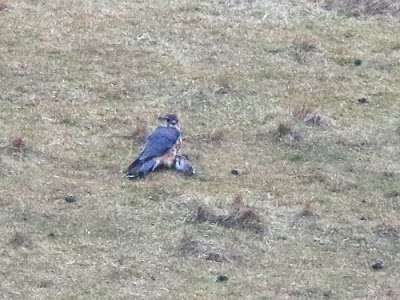 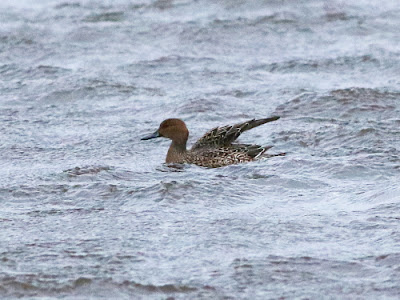 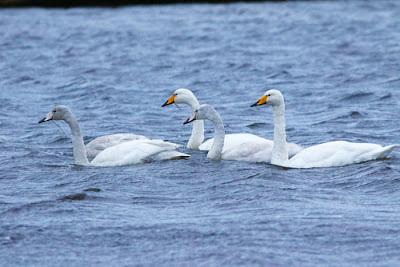 Family party of Whooper Swans at Wester Loch
Having read that only adults are present at a site in southwest Norway it's encouraging to see some family groups here this winter.
Posted by Hegura at 12:43
Labels: Lamba Ness
Newer Post Older Post Home