Whilst in our garden I noticed a pod of Killer Whales in Norwick. A large bull skirted the coastline with another 4 or 5 remaining further out to sea. They then followed the southern cliffs of Lamba Ness heading back towards the open sea. On reaching the tip of Lamba Ness they then followed the same routine into Skaw where Brydon & Robbie also arrived in time to see them. Whilst at Skaw I also saw 3 Glaucous Gulls. We then headed for Uyeasound where the drake King Eider was sat offshore in Uyea Sound and 3 Glaucous Gulls were present. 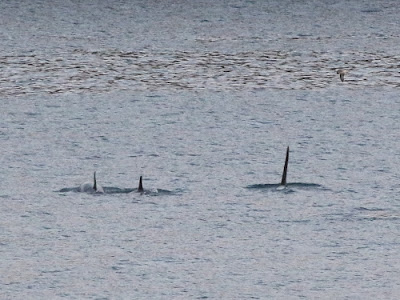 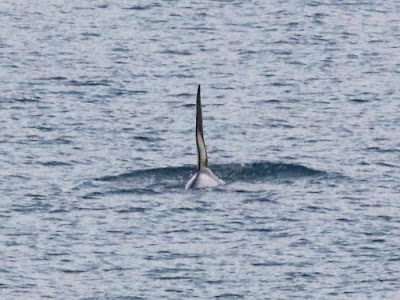 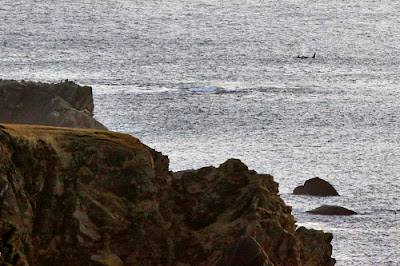 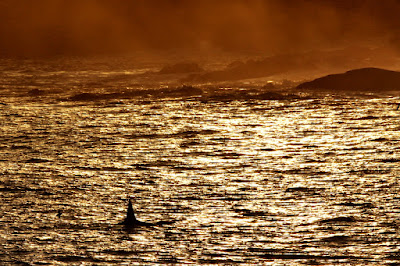 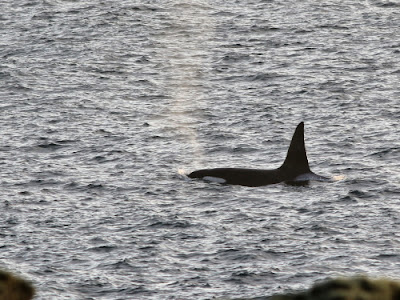 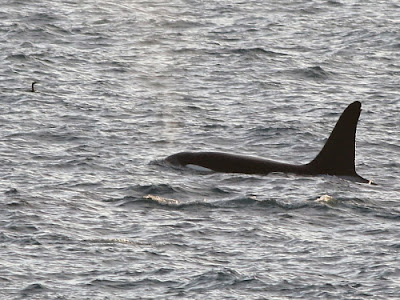 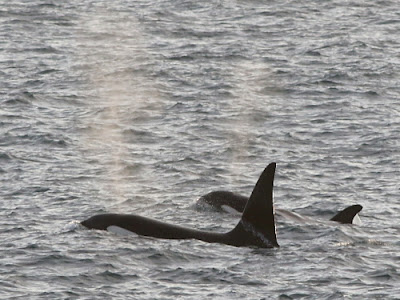 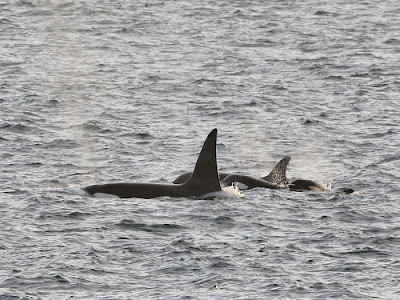 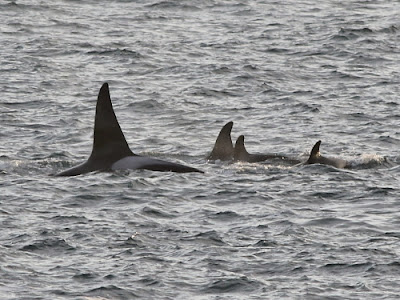 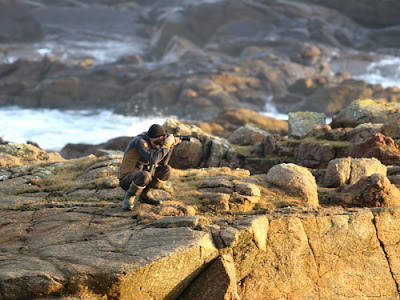 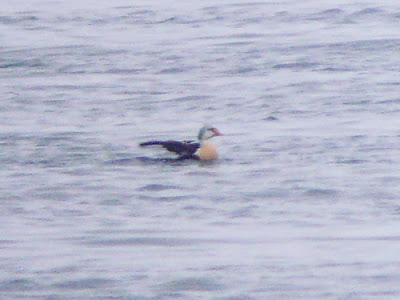 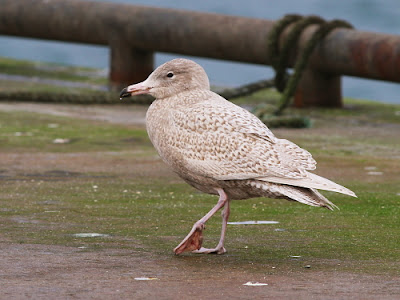 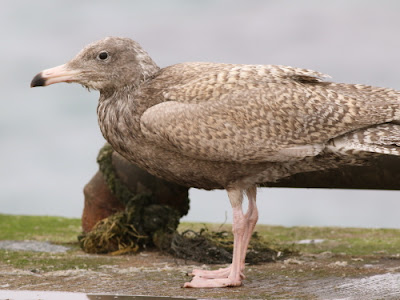 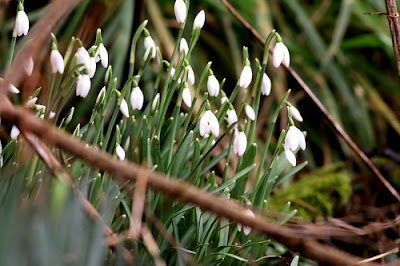