I returned to Uyeasound where yesterday's Gull put in a brief appearance patrolling the beach at 9.30am but not thereafter. I was joined by Dougie and whilst we obtained a couple of distant views of it a fair way to the west our searches of that area failed to produce the hoped-for better views although an Iceland Gull was nice. 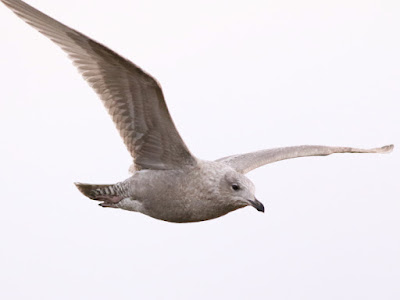 only seen briefly in flight this morning 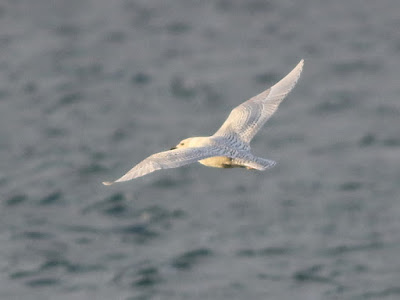