I started at Valyie where it seemed a little quieter for migrants than in recent days albeit I saw 4 Blue Tits, the Common Rosefinch and the Little Bunting. Skaw added a Jack Snipe and another Blue Tit and Brenda saw 2 Blue Tits in our garden. During a visit to Quoys I found my first Bullfinch of the year - it appeared large but its call sounded very ordinary and it certainly wasn't trumpeting! On returning to Norwick I heard some Redpolls overflying heading towards Valyie so I made another visit and was pleased to refind the Arctic Redpoll from a couple of days ago. It appeared smaller than some of the accompanying Northwestern Redpolls, and whilst employing a little playback of Coues's Arctic Redpoll, it was the only bird present to show any interest by first attempting to land on my shoulder and then my cap! Thinking it would be my 'bird of the day', Brydon found a Lanceolated Warbler at Baltasound that Mike caught and we enjoyed seeing it be released... and it flying and disappearing straight into cover. 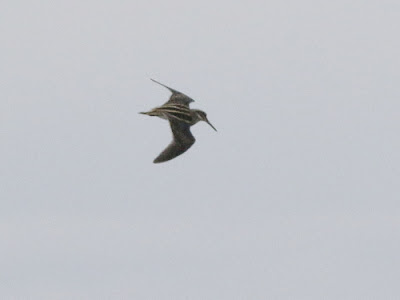 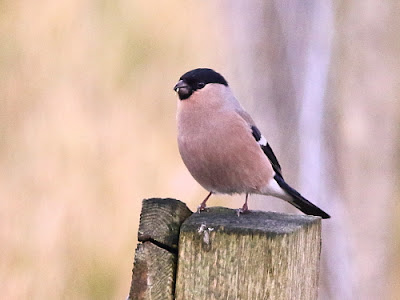 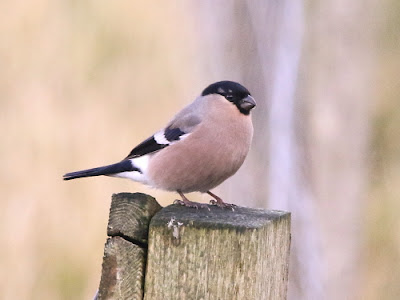 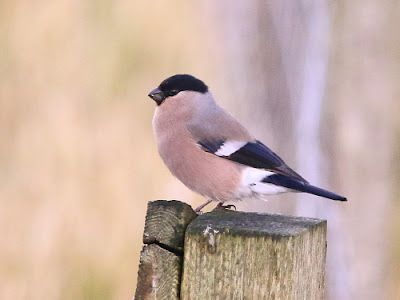 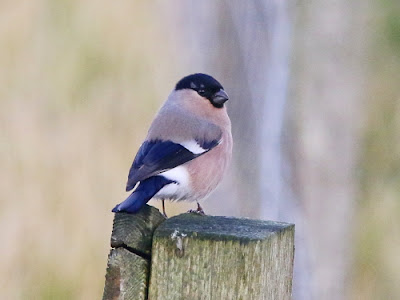 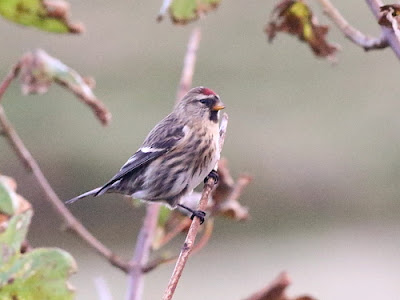 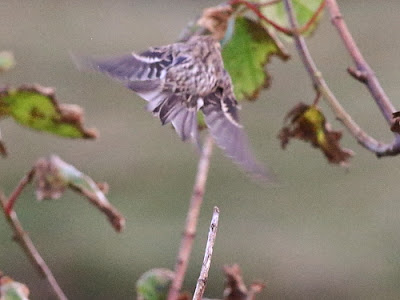 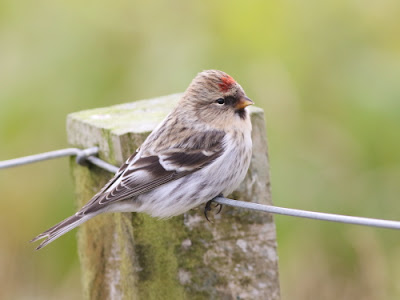 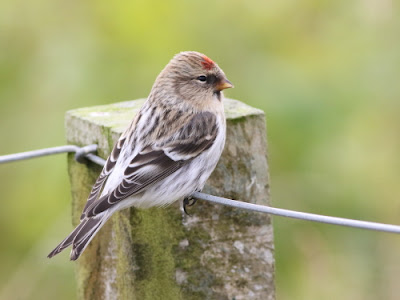 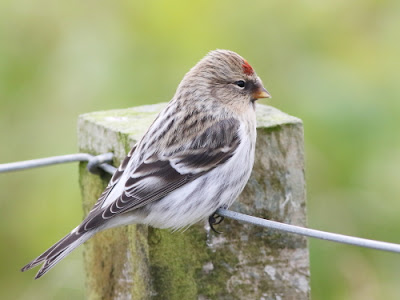 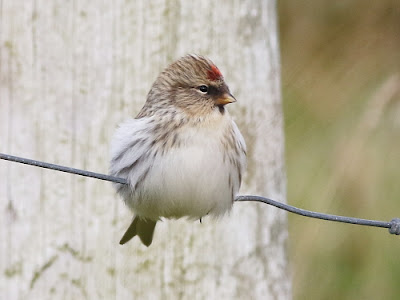 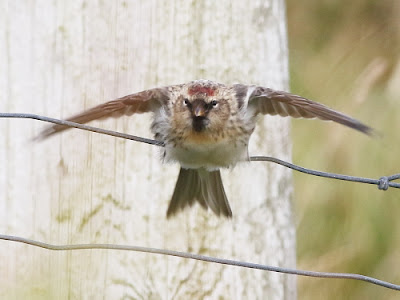 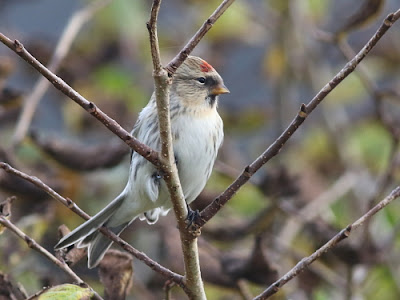 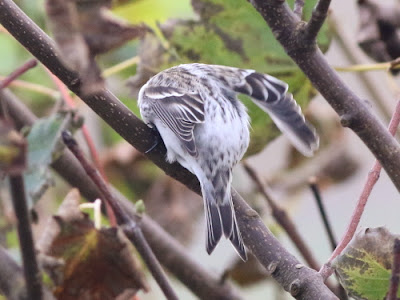 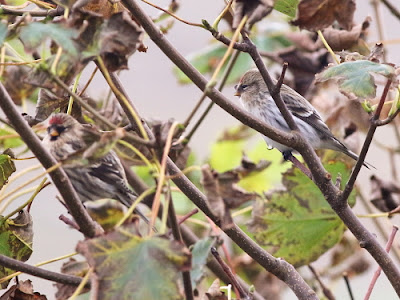 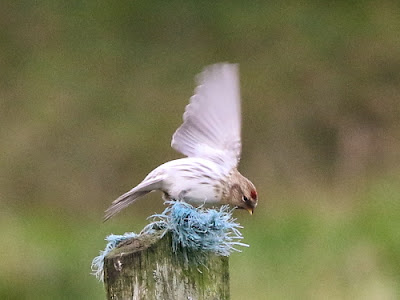 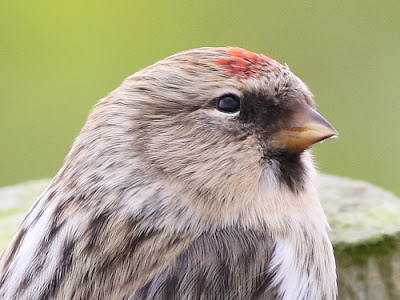 Arctic Redpoll at Valyie
I've struggled assessing the size of this Redpoll but whilst alongside a Northwestern Redpoll today it appeared both smaller and sleeker that I think pushes it firmly into the territory of being a Coues's. As it is associating with Northwestern Redpolls it is of course worth bearing in mind that Shirihai & Svensson (2018) note that the breeding population of Redpolls in Iceland includes pale birds that appear identical to Arctic Redpoll and have biometrics intermediate between the hornemanni and exilipes that might require naming... 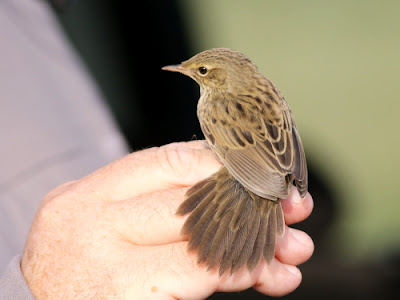 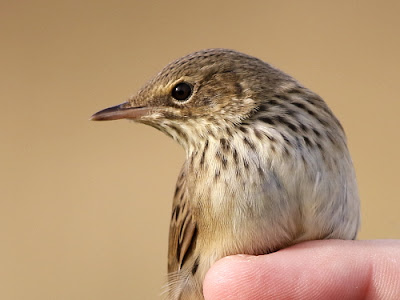 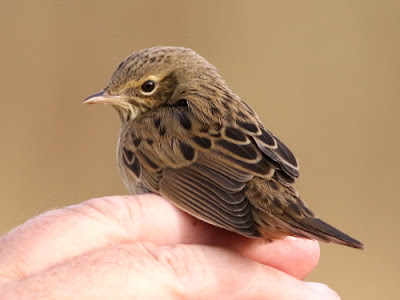