Whilst it dawned as wet as it was forecast it wasn't as windy so having spent an uneventful 3 hours at work I spent my first break revisiting the Arctic Warbler that Jim had relocated at Gutcher this morning. Just back at work and I received the news that there was a possible Two-barred Greenish Warbler on Fetlar that proved too tempting to ignore. I arrived at Gutcher a minute too late for the ferry to see it exiting the harbour and heading for Hamars Ness. I stopped my car in the Fetlar queue and the ferry crew happened to see me do so and turned the ferry around and returned to the harbour - where else in the World would you benefit from such brilliant service - thank you! I joined Dave Bywater and Andy Cook at the Lodge but frustratingly always found myself at the wrong end of the gardens for the few glimpses it afforded to the others as the weather deteriorated. Dave then mentioned there was a Pallas's Grasshopper Warbler at Burrafirth so I headed for the 3.30pm ferry whereupon getting a phone signal I saw that Jamie had struck gold and had obtained a brilliant image - gripping! I made my way to Burrafirth where it was relocated just prior to dusk behind the smoke house - superb! Very well done Jamie! 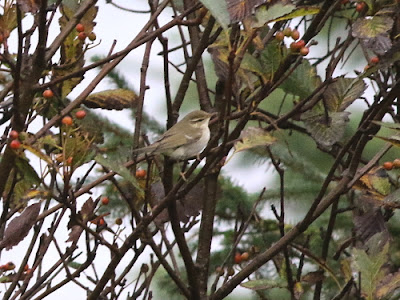 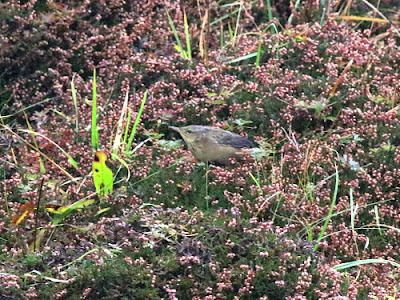 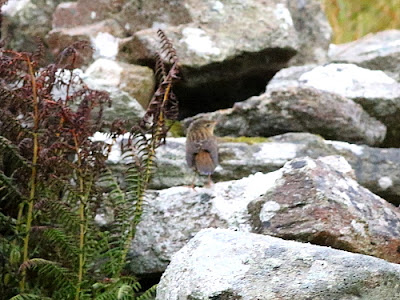 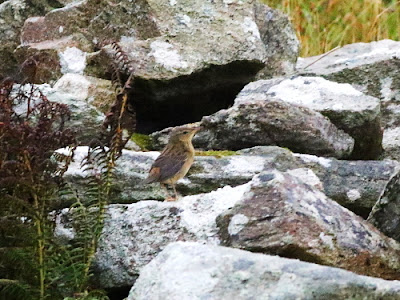 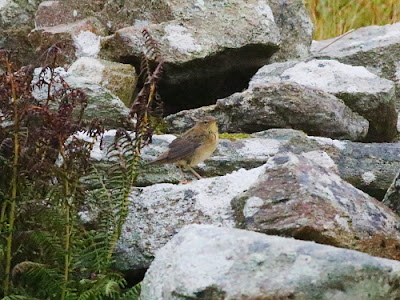 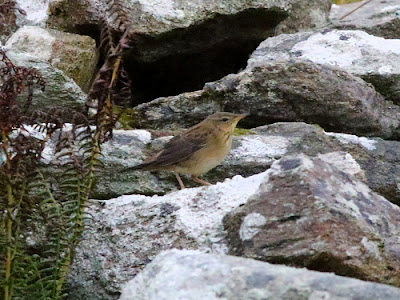