An early morning walk around some thrift-covered headlands failed to produce any Crossbills. On then leaving the house to walk around Norwick the female Two-barred Crossbill was back in our rosa. It didn't linger long before flying off towards Norwick again. I soon relocated it on call but it then flew off to Holsen's road. I then again teamed-up with Brydon and Conrad and we headed for Ungirsta where there was a flock of 6 Common Crossbills - my first of the year. Whilst watching them we saw a female Two-barred Crossbill drop out of the sky into the plantation. A quick check of our photos suggested it was the very same individual from yesterday! It suddenly started calling and we became aware of a high-flying flock of 5 Crossbills approaching from the north, at least a couple of which, were heard trumpeting! Despite the females apparent best attempt at attracting them they continued high south. We then toured a number of sites we thought might deliver but without further success. 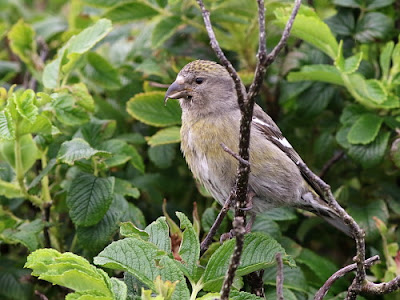 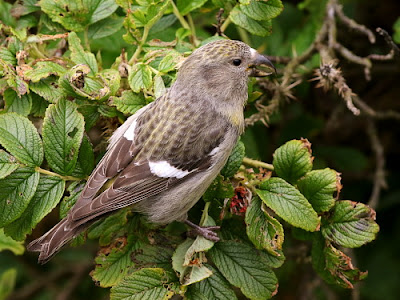 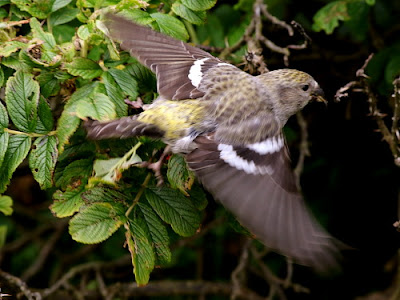 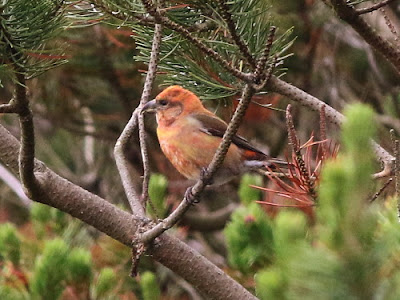 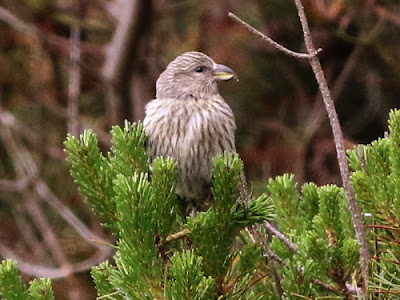 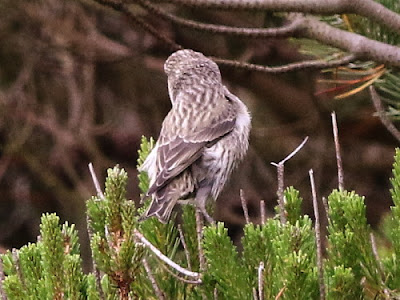 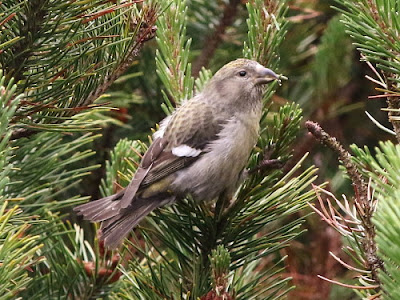