Two juvenile Tree Sparrows were being fed by their parents in our garden throughout the day. Skaw was quiet, but a walk around Norwick produced a Long-eared Owl and a summering Chiffchaff. Ungirsta played host to just a single male Common Crossbill. I then spent an enjoyable hour at Setters Hill looking through a mobile flock of Crossbills among which I saw three adult female Two-barred Crossbills at the same time, and one of the three males that Connel aptly described as a 'peach-coloured'. There were also around 8 Common Crossbills present. A tour of a few other Baltasound sites only added a single Collared Dove. 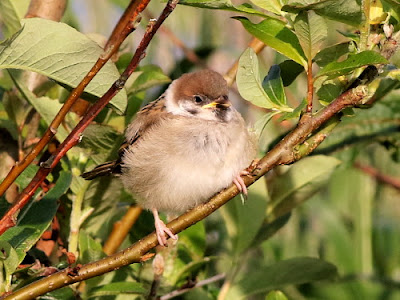 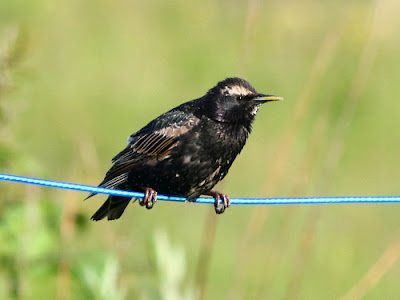 SibeThrush of a Starling at Millfield 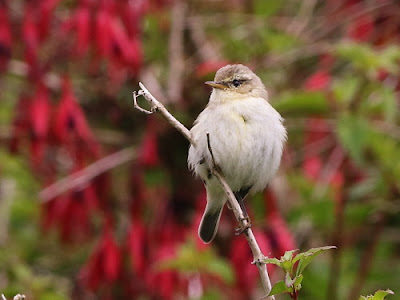 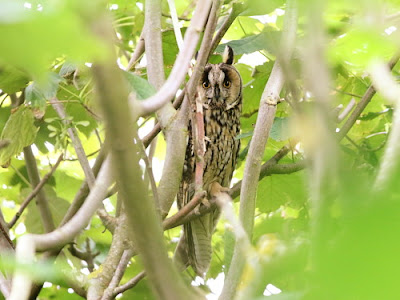 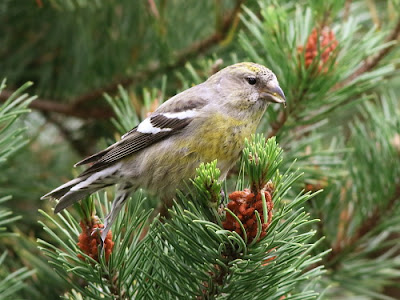 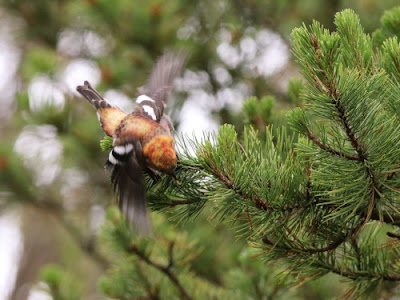 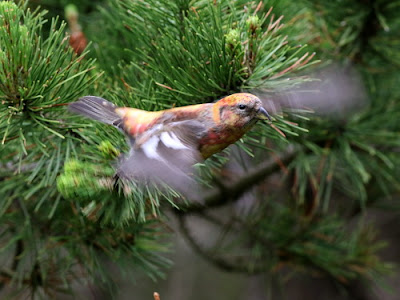 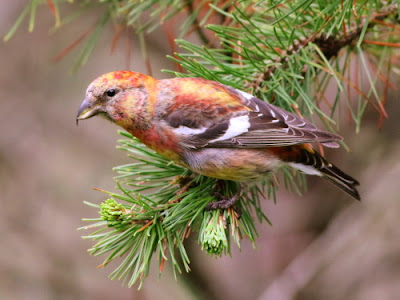 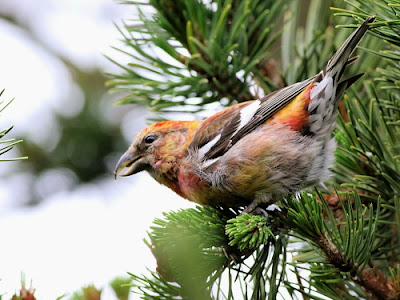