I sea-watched from Lamba Ness for a couple of hours with 3 Little Auks the highlight. I also saw the M/S Norrona ferry pass on its way from Iceland to Denmark so I immediately thought now would be a good time for a stowaway to 'jump ship'. However, a subsequent visit to Skaw suggested otherwise...! But, perhaps one did, as whilst driving back home from the shop my phone came into signal to receive eight messages and a voicemail from Martin Kerby, who is currently a visitor birding the isle, to say that he'd found a White-crowned Sparrow on Easting beach! Robbie was without his car, so I gave him a lift and we soon joined Martin, Adrian and Dougie watching the Sparrow foot-scratching in search of food around the ruins at the south end of the beach completely unconcerned by the presence of its admirers - superb! Well done Martin! 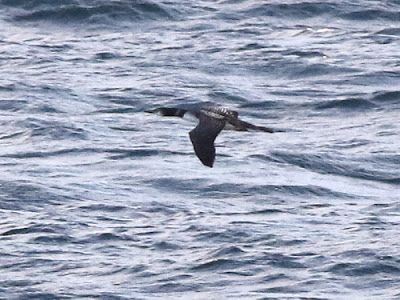 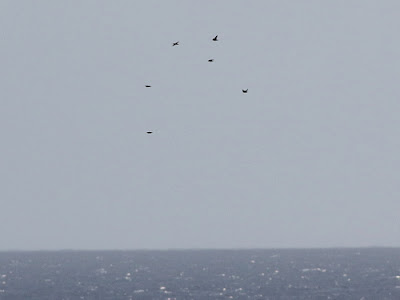 Starlings off Lamba Ness
bird migration is difficult/impossible to fathom at times... this was the second small flock of Starlings seen flying out to sea in a northeasterly direction... next land Norway?! 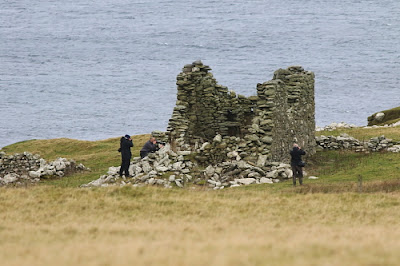 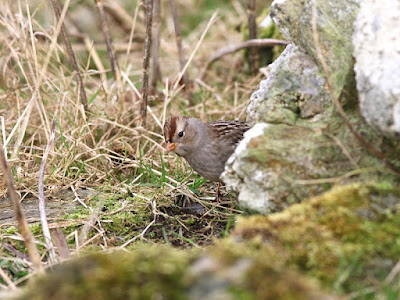 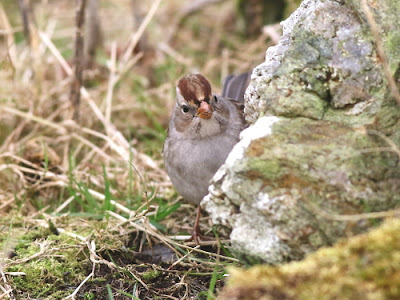 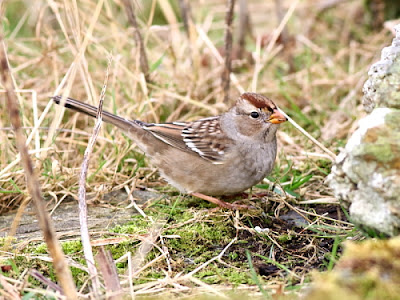 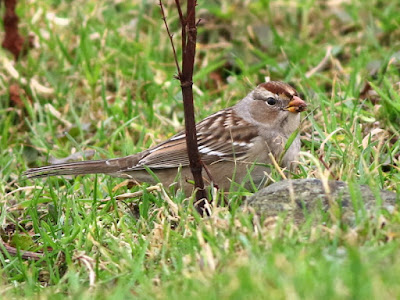 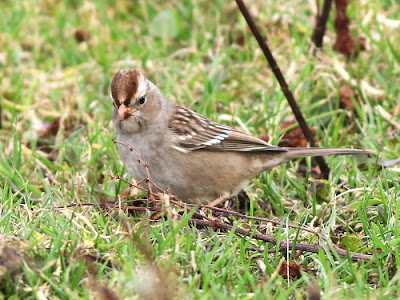 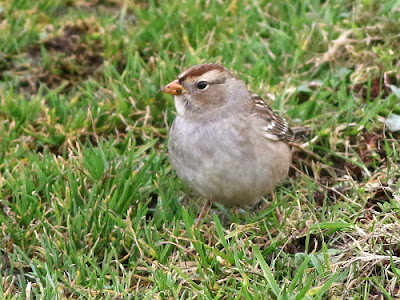 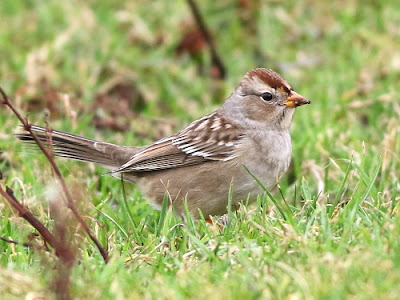 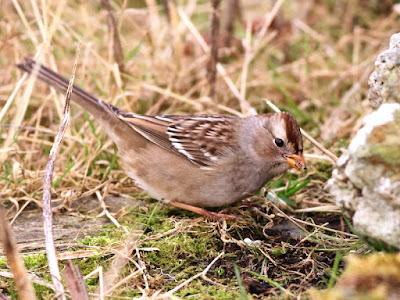 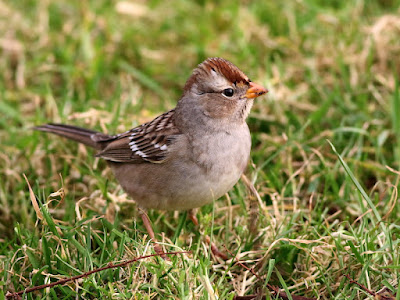 1cy White-crowned Sparrow at Easting beach
Having received a couple of enquiries as to which subspecies it might belong its lores appear 'pale' and its bill appeared orange although images show a few pinkish tones to its upper mandible. More details on the various subspecies and apparent intergrades here & here. It certainly appears a close match to the 2017 Foula individual that was considered showing features of the western Z.l. gambelii whereas the 2018 Foula individual appeared notably pink-billed in comparison.
Posted by Hegura at 09:55
Newer Post Older Post Home