After overnight westerly gales we headed to Westing but disappointingly there were very few Gulls present feeding in the surf. I then waited for the gales to abate before sea-watching from Lamba Ness from 1.15pm to 2.15pm where the highlight was a White-billed Diver that flew north before it splashed down onto the sea and commenced diving between Lamba Ness and the Holm of Skaw. 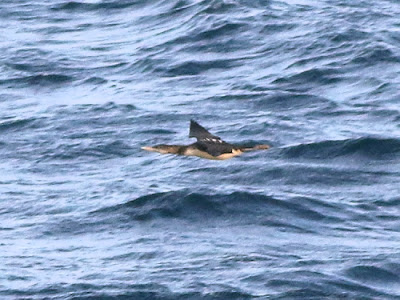 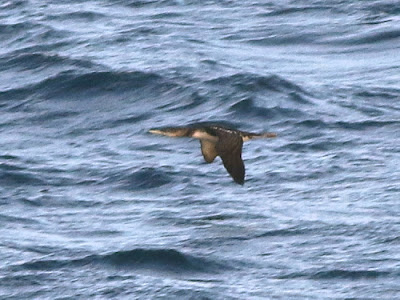 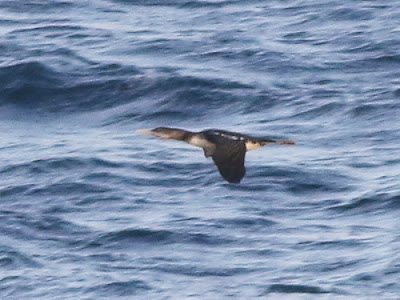 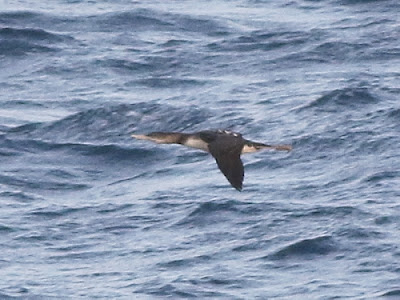 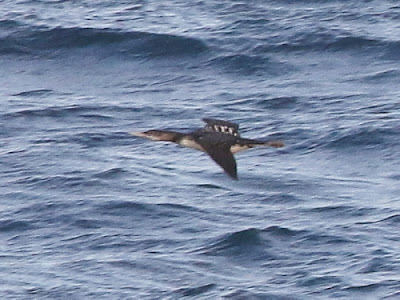 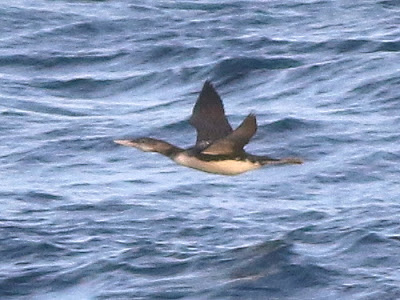 2cy White-billed Diver passing Lamba Ness
On seeing it approaching I was initially a little perplexed on seeing the combination of its pale bill and the overall darkness of the plumage. However, as it passed rather closely, there was no overlooking its bill! In having acquired plenty of white-centred scapulars but lacking any white-spotted wing-coverts I think that it effectively ages this individual as a 2cy being a plumage that it then largely carries well into its 3cy summer - there's a nice portrayal in Lars Jonsson's Birds of Europe (1992).
Posted by Hegura at 10:41
Labels: Lamba Ness
Newer Post Older Post Home