With the wind from the south and overcast conditions I was hopeful that there'd be a few signs of Spring but it wasn't to be - Burrafirth produced a 2cy Iceland Gull and the male Merlin was still hunting around our house. However, all was not lost as Mike had seen Brydon's drake Green-winged Teal on Loch of Snarravoe early in the morning and Phil was soon there to confirm that it was still present. I joined Rob watching it, albeit rather distantly, and spent the next 90 minutes hoping that it would come closer. Despite making a few short flights it unfortunately seemed content to remain along the far bank of the loch. 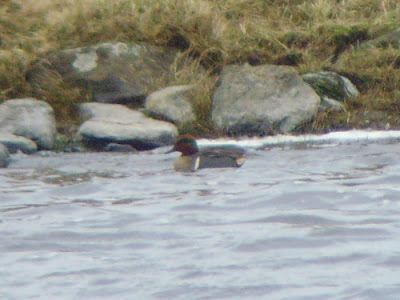 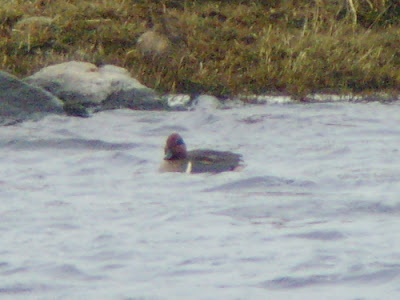 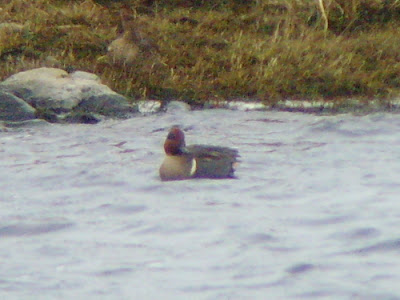 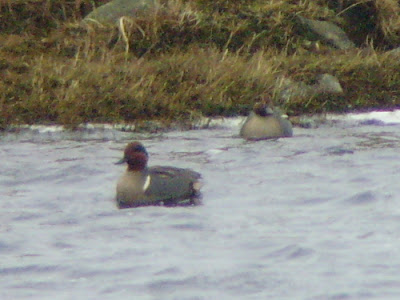 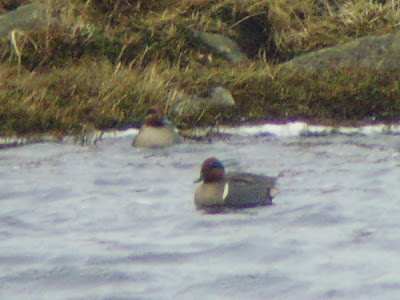 Drake Green-winged Teal at Loch of Snarravoe
Digiscoped at c.400m it's impressive that the lower two images still convey not only the prominence of the vertical white stripes bordering the sides of its breast but also the indistinct pale borders to its green eye-surrounds in direct comparison to those shown by the drake Eurasian Teal alongside.
Posted by Hegura at 13:03
Newer Post Older Post Home