A much better than forecast morning initially being blue skies and relatively calm although all too soon it clouded over and the cold wind increased in strength. Two Blue Tits were on our feeders, there was a Long-tailed Duck off Skaw, a Meadow Pipit on Lamba Ness, 2 Pied Wagtails on Norwick beach, 2 Blue Tits in the same pines at Norwick as yesterday and a Collared Dove was present around Saxa Vord camp. Loch of Cliff was still playing host to 4 Whooper Swans and 2 Mute Swans and whilst the Shore Station proved quiet in the early morning shade producing just a single Redwing, just as I was about to leave, 3 Great Tits arrived from the north and flew through the garden only pausing briefly in the willows and then on the telegraph wires before continuing south. A quick look at Stove added a smart Snow Bunting. On arriving home the 2 Blue Tits had been replaced by 3 Great Tits that spent the remainder of the day in our garden. 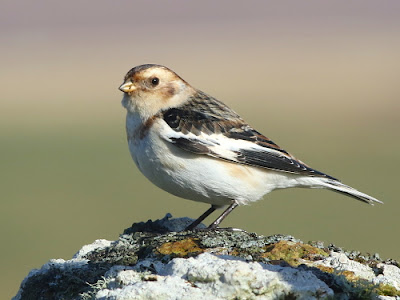 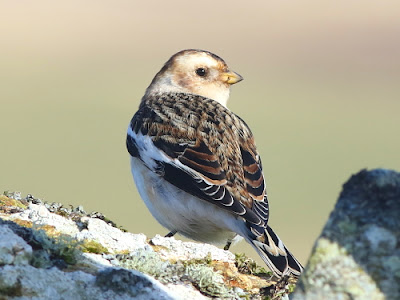 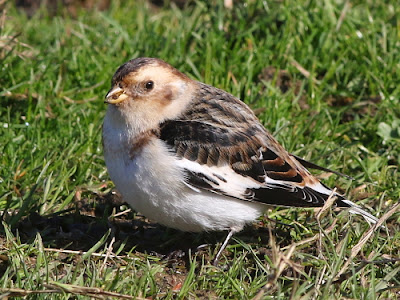 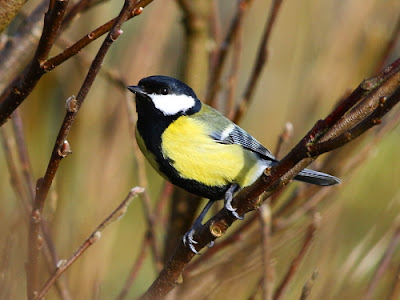 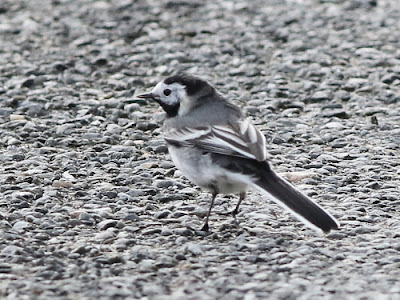