A cool, grey morning and much windier than forecast. I failed to see a migrant passerine at Skaw so decided to walk the headland where at long last I found a Buff-breasted Sandpiper having walked it so many times hoping to do exactly that! It had chosen the windy side of the hill so it was difficult to hold the camera still but kneeling and then laying on the wet turf helped - as did it then slowly walking towards me! Having exchanged a couple of messages with my parents it was subsequently then a shock to hear that my Dad was being admitted to hospital by ambulance. Nearly as bad, was the news that my Mum was not allowed to travel to hospital with him at the most worrying of times due to the Covid restrictions - literally the first time they have been apart through shielding and the subsequent easing of restrictions. Needless to say that my mind was then elsewhere so I didn't do much more birding with a Stonechat at Burrafirth being my only other notable sighting. Thankfully my Dad's back home this evening and I hope enjoying the following images... of a species we've enjoyed watching together on several occasions... with me stood at his side when he found one on an equally windswept headland in Ireland on one memorable occasion! 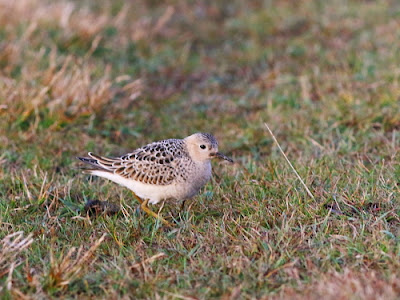 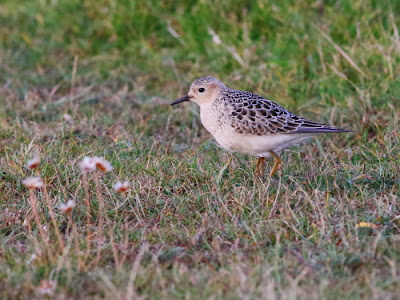 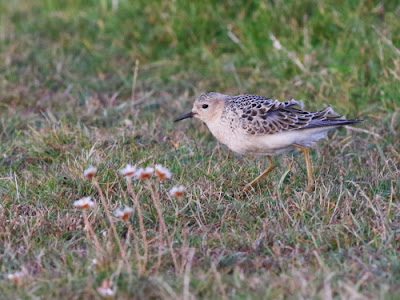 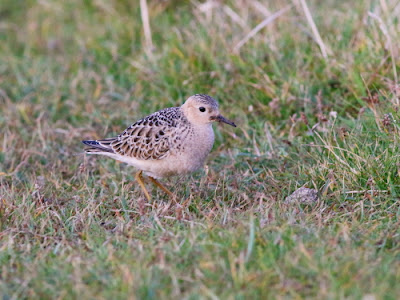 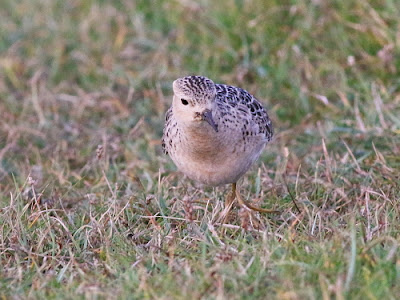 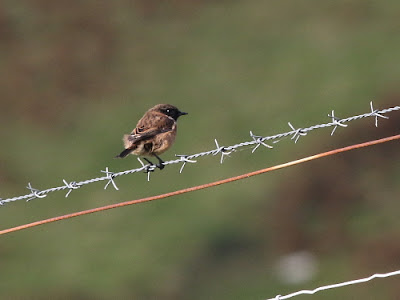