A return to windy overcast conditions. There was a Puffin off Norwick where a first-cycle Iceland Gull arrived in off the sea late morning and the same or another was seen later at Burrafirth. 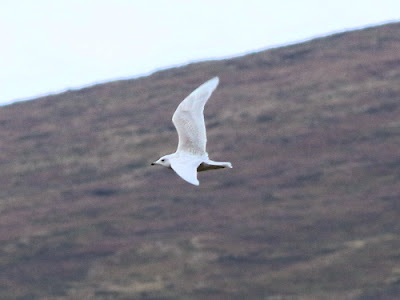 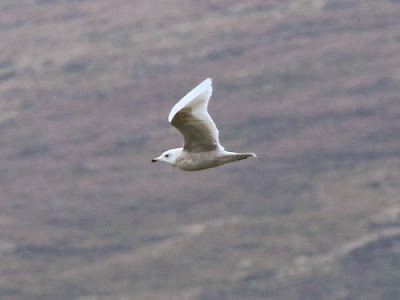