The first hour of daylight was dominated by a steady stream of small flocks of Herring Gulls arriving in off the sea over Norwick but they were accompanied by just a single 3cy Glaucous Gull. I headed for Burrafirth where there was a single Pink-footed Goose with Greylags at the north end of Loch of Cliff and around 40 Herring Gulls and single 3cy and 4cy Glaucous Gulls on the beach and 2 Red-throated and a Great Northern Diver offshore. Haroldswick was playing host to 5 or 6 Great Northern Divers and a single female-type Common Scoter. Norwick proved quiet so as I arrived at Skaw to Spring-like blue skies, sunshine and warm temperatures I wasn't necessarily anticipating finding a monstrous White-billed Diver dwarfing a Great Northern Diver alongside! It was slowly heading towards the headland, but by the time I walked out there, it was closer to Lamba Ness by which time Mike and Margaret were scoping it from the beach. 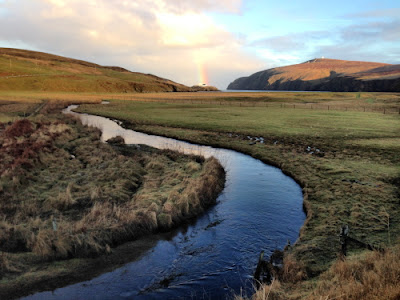 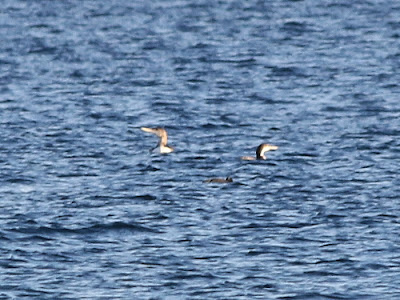 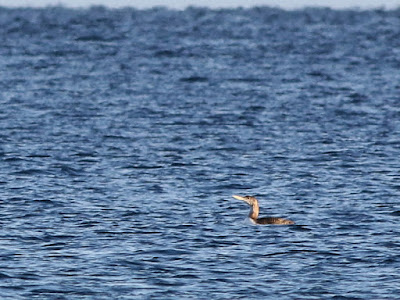 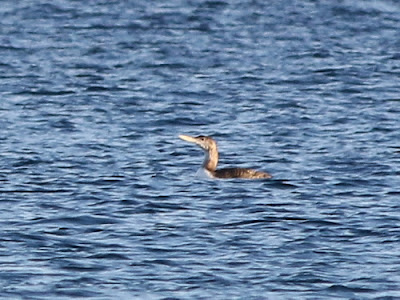 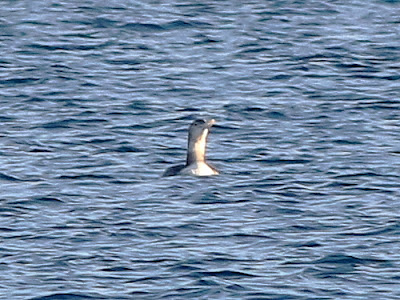 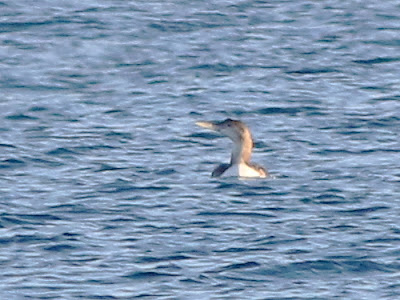 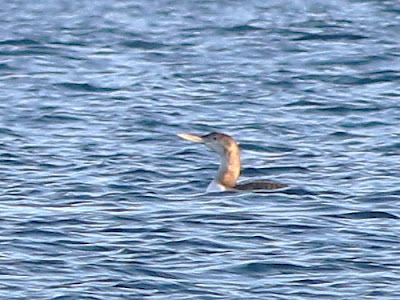