An heavily overcast start to the day before light rain set in for a while. On clearing it remained cool and breezy. Skaw produced a Reed Warbler and a Spotted Flycatcher. Our walk around Norwick added the Common Crane, 2 Spotted Flycatchers, a Song Thrush and a Lesser Whitethroat. 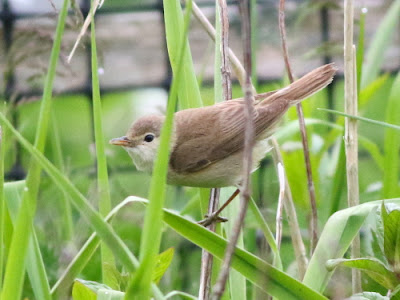 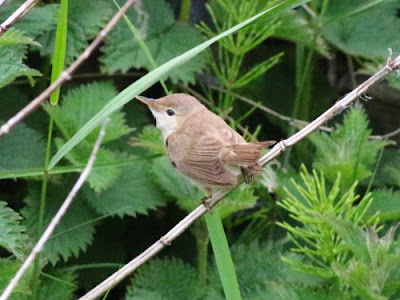 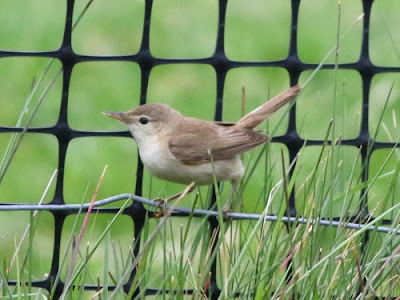 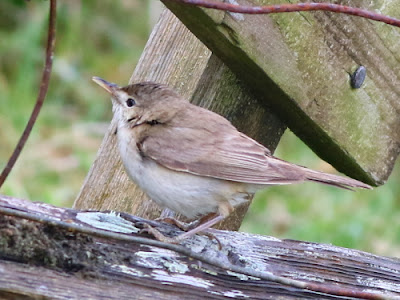 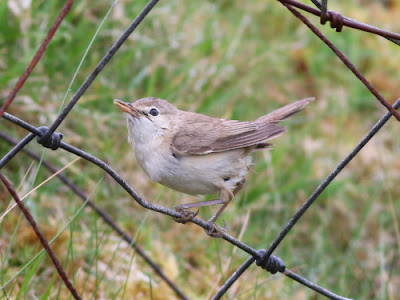 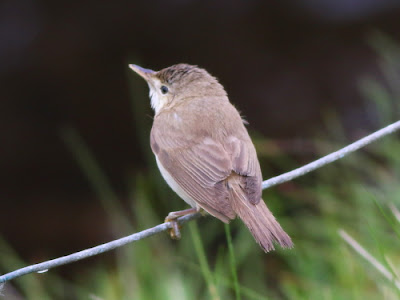 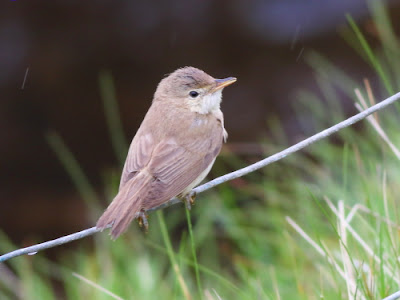 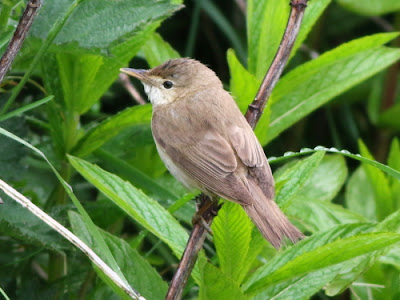 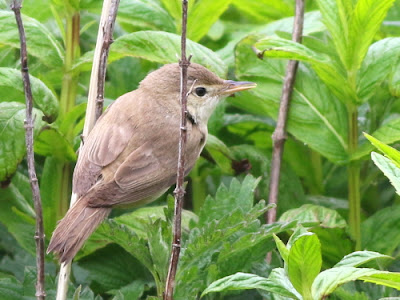 Reed Warbler at Skaw
Another Spring encounter with an interesting sandy-coloured Reed Warbler that appears to have a bill deformity in that it was never truly closed and rather thick at its base enhancing its peculiar appearance. Whilst the dark shadow on the underside of its lower mandible, its pale lores, rather plain tertials, heavily worn primaries and tail, lack of warmth to its rump and round-winged and short-winged appearance all might have suggested that it might be something rarer, a close inspection of its wing formula in a range of images obtained, consistently revealed that just a single primary appeared emarginated with the emargination falling beyond the tip of its secondaries - consistent with it being just a Reed Warbler. Once permission was obtained, Mike efficiently trapped, ringed and released it. 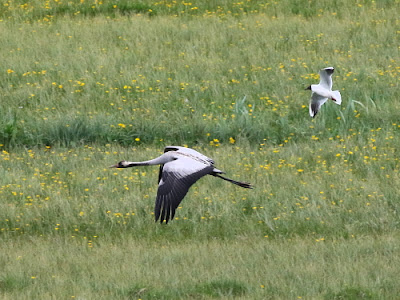