A mishap not resetting our clocks for the hour's time difference between Sumatra and Malaysia necessitated a run back to the airport but we made check-in with 3 minutes to spare! We departed on time with Air Asia at 7am bound for Miri, Sarawak. Arriving over Miri, widespread forest destruction was sadly evident and oil palm plantations everywhere. In the airport we found two taxi booths next to the car hire desks. We paid £14 for a taxi to Lambir Hills National Park and an elderly gent drove like Kimi Raikkonen clearly concerned that we wouldn't want to be wasting birding time! On arrival at the National Park we were shown to our spacious air-conditioned concrete chalet that was equipped with a fridge being useful in the heat and humidity. We asked as to whether there were any good places to try and see Garnet Pitta and were told the Waterfall Trail used to be a very good spot to see the species but that there hadn't been any reports for a couple of years - we tried to remain positive! We checked out the dining area where the cook explained that she lived-in so would be happy to cater for us at whatever time we chose - excellent service! We bought a couple of bottles of water and headed for the trails seeing a few species whilst walking through the clearing to the Hilltop Chalet being the trailhead for the Innoue Trail. The ranger had told us that a loop could be made by walking the Waterfall Trail and returning via the Innoue Trail but I opted to walk that route in reverse. Starting out at 11am was far from ideal but at least I could get a feel for the area. After just 100m a Wild Boar and her offspring crossed the Innoue Trail. The trail ran through what looked ideal Pitta habitat for pretty much the whole way, and I never met anyone else, so it seemed completely undisturbed. After walking 4.2km's I was pleased to exit the trail system having finished my water long ago. Brenda asked me what I'd seen and was surprised when I told her 'not a single species'! It wasn't quite true, as I'd obtained glimpses of three birds (none were Pittas) crossing the trails but not well enough to identify any of them! Lowland forest birding at its toughest! 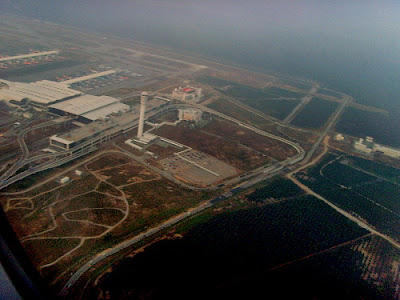 Departing Kuala Lumpur International Airport
when I first visited the then 'new' international airport with JFC c.25 years ago it was surrounded by primary forest and we saw Hornbills from the Terminal building. The forest has sadly now been replaced by endless palm oil plantations and a few House Crows. Progress?? 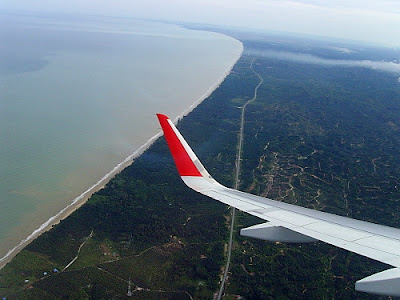 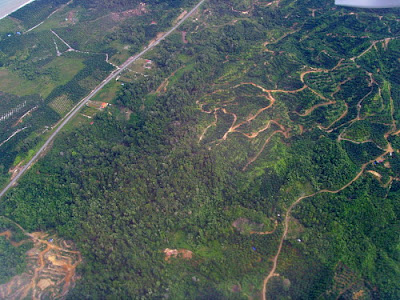 logging tracks are particularly visible from the air ... 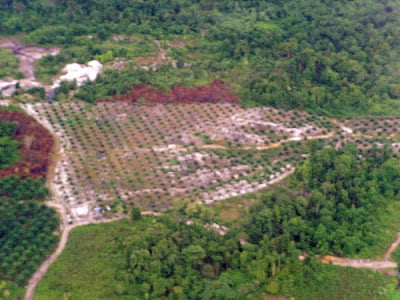 ... and it's easy to see the new palm oil plantations too 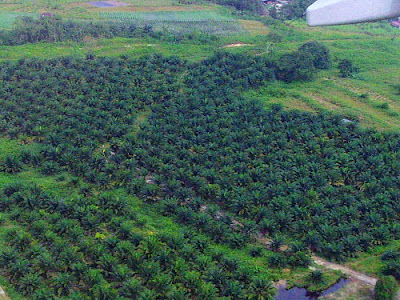 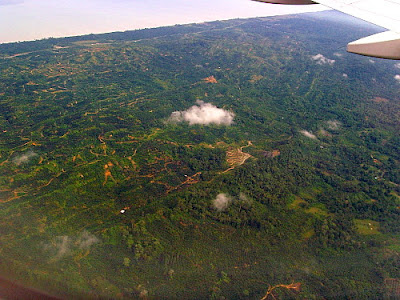 sadly not much forest remaining here 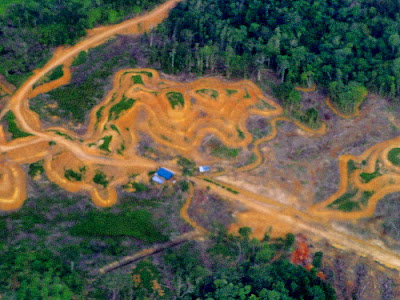 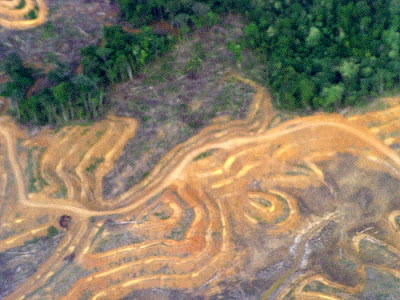 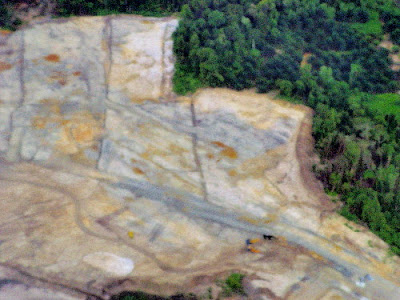 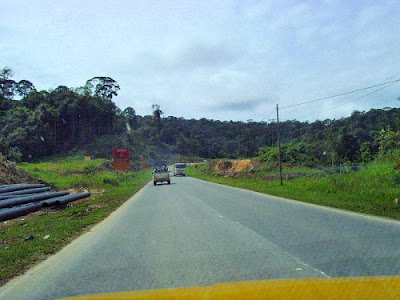 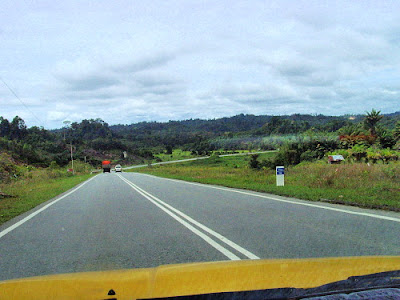 a road bisects the NP but was it necessary to remove such a wide area of forest? 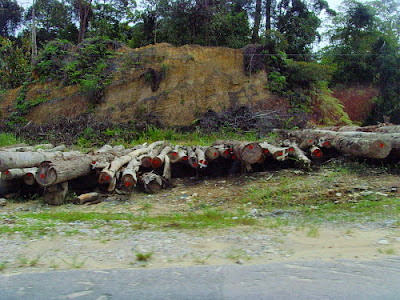 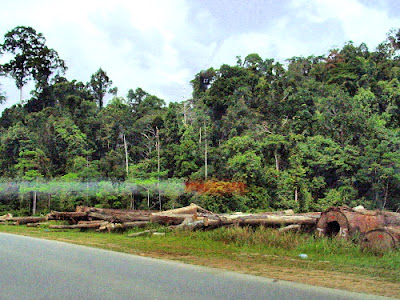 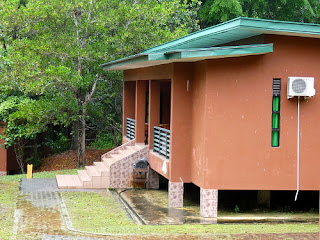 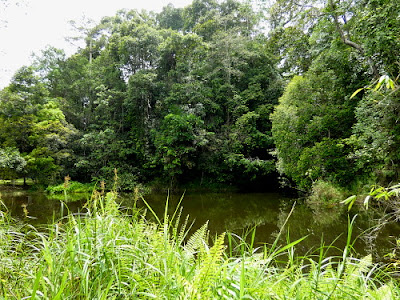 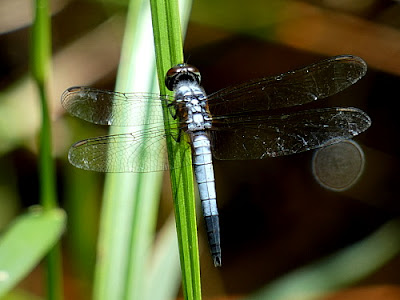 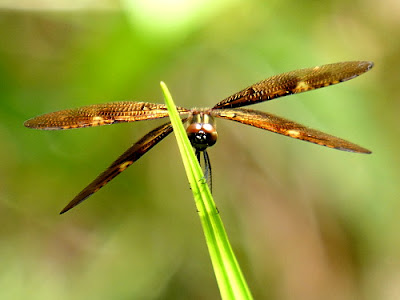 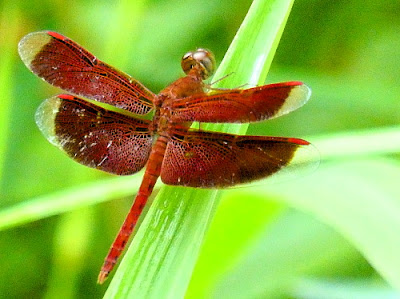 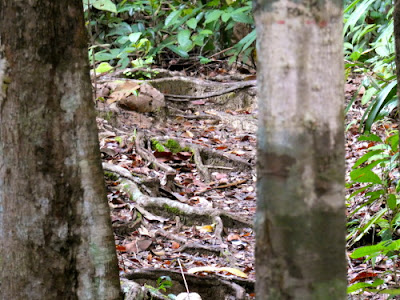 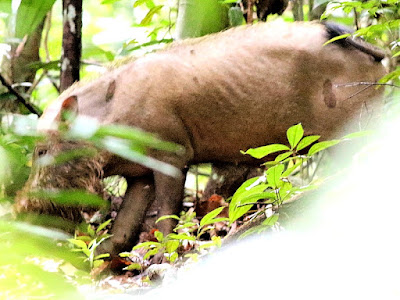 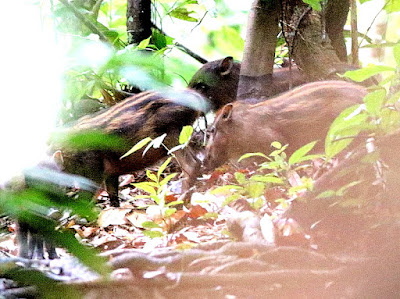 Wild Boar and its offspring crossing the Innoue Trail at Lambir Hills NP
Posted by Hegura at 13:06