We left The Owl House with Badau at 5.30am and met our driver, at the road, from where he drove us to a mountain road where we concentrated at lower elevations. We almost immediately heard our 'most-wanted' species at Ba'kelalan, being Blue-banded Pitta. Despite our best efforts of looking into the forest for it, disappointingly, we failed to see it even though it sounded quite close until eventually falling silent. Whilst then walking the road Bornean Barbet, Bornean Bulbul and Bornean Leafbird were all easily seen and an adult Sunda Honeybuzzard was a nice surprise with Badau confirming that they breed in the area. As activity began to dwindle we walked higher and heard a Bornean Banded Pitta calling from up a steep slope. Playback brought it closer but there wasn't anywhere we could readily access the forest and there seemed little prospect of seeing it. Whilst it called for some time, it remained out of sight, and eventually moved off into the distance. Badau explained that the species has the reputation of being the most-difficult-to-see species of Pitta in Borneo that only added to our frustration. However, we'd probably only walked another 100m and a Blue-banded Pitta was heard calling from the other side of the road from a dark ravine, that after some initial effort, we could look down into it quite well. It wasn't long before a movement revealed it perched on a fallen tree trunk - superb! We then watched it on and off for the next hour. It proved really co-operative typically perching up on logs calling for long periods whilst remaining stationery. We returned to the same area after dark, and after much effort, successfully spotlit a Bornean Frogmouth although it was perched at a fair distance making it almost impossible to photograph. 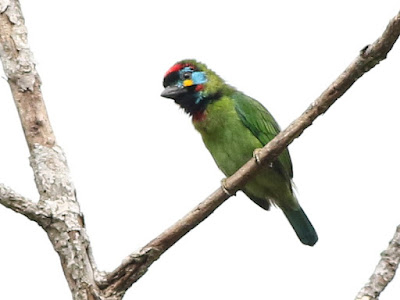 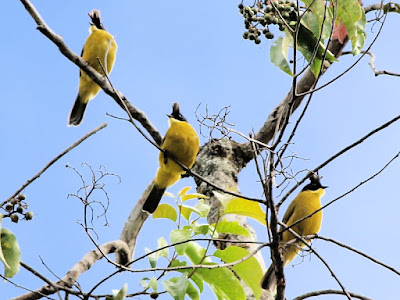 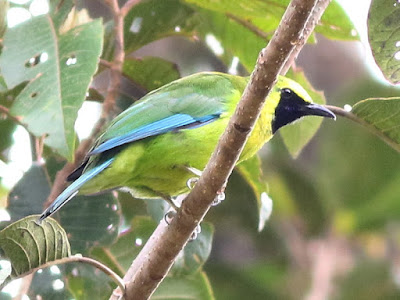 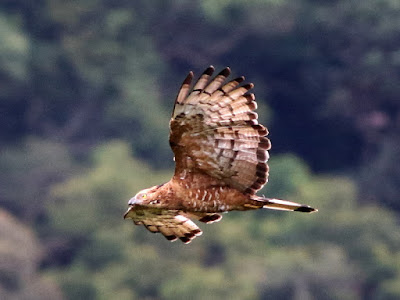 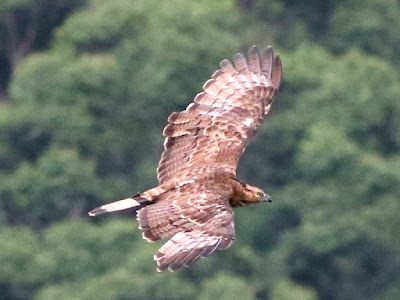 Sunda Honeybuzzard at Ba'kelalan
Characters of this form afforded species status by Eaton et al. (2016) include its long crest and rufous underparts with white 'drop bars'. 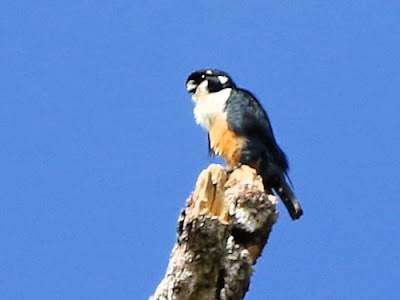 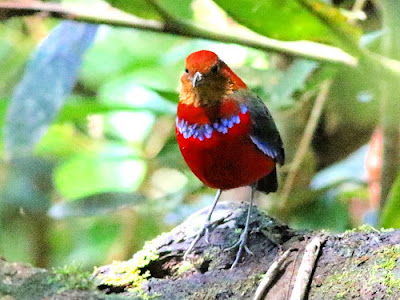 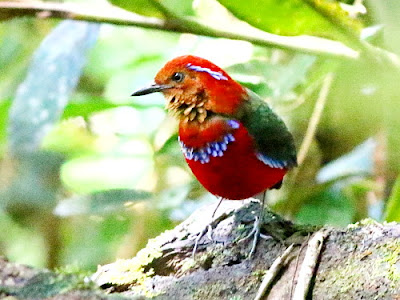 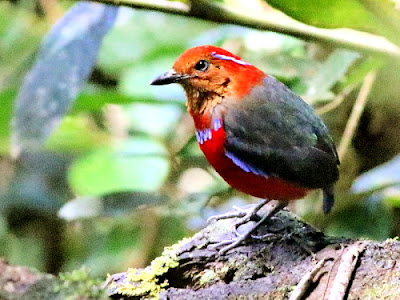 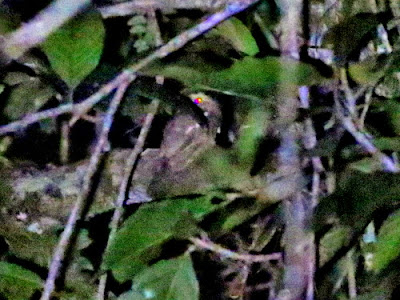