A look along the road to the military camp was proving rather quiet so we drove up to the ridgetop above Ba'kelalan along the Bario road and walked the whole way back down to the junction above Ba'kelalan. Not long after beginning our descent, still at virtually the highest elevation, we saw 3 Whitehead's Broadbills and a Whitehead's Spiderhunter quite readily from the roadside. Much lower we heard a male Bornean Banded Pitta that after following a myriad of logging trails we managed to approach quite closely, and after what felt like an eternity looking into the dark forest undergrowth, it eventually obliged - brilliant! 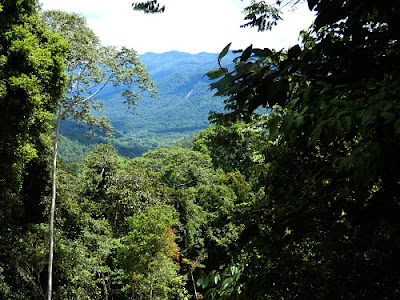 Forest stretching away into the distance from the Bario road 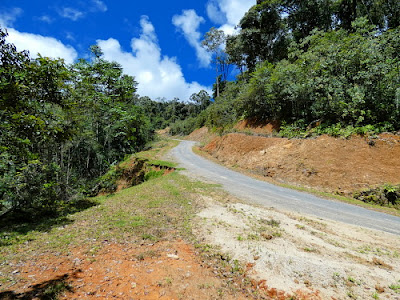 the road to the military camp above Ba'kelalan 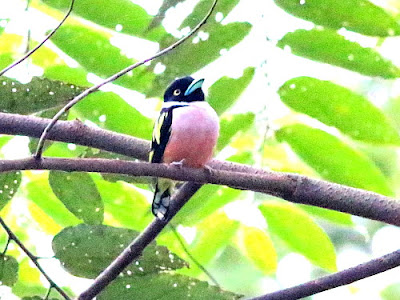 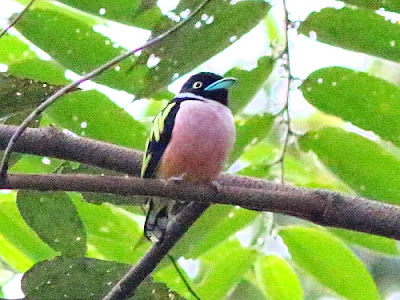 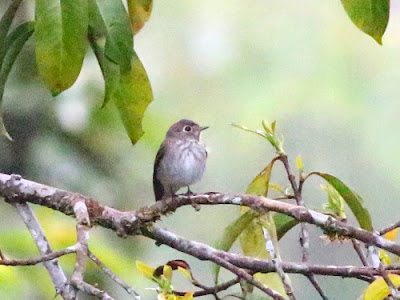 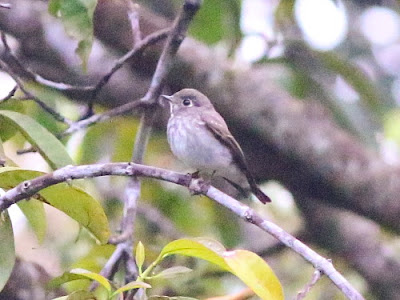 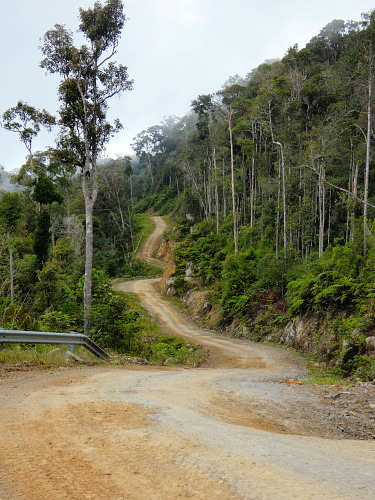 the Bario road leading to the ridge-top 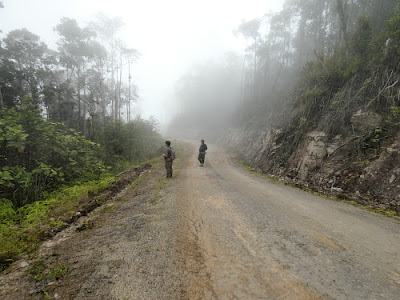 Badau & DC birding near the ridge-top above Ba'kelalan 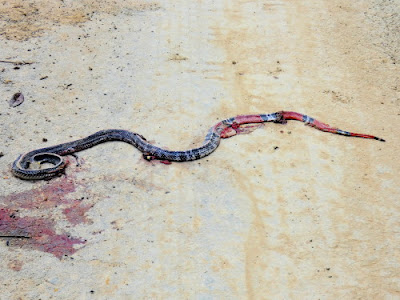 A highly venomous Red-headed Krait on the Bario road 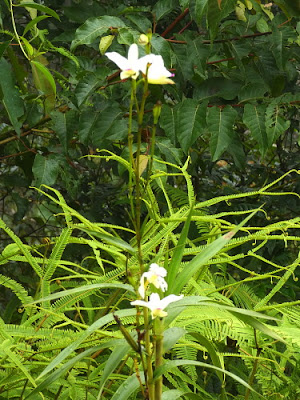 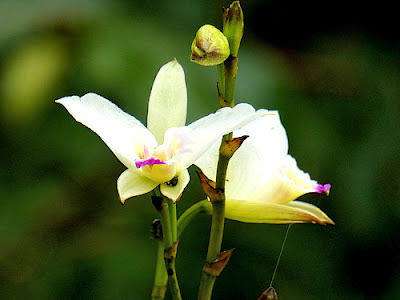 An edible (not that we tried!) Orchid near the ridge-top 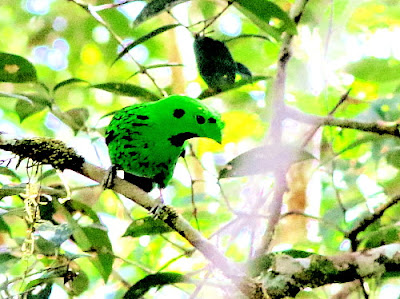 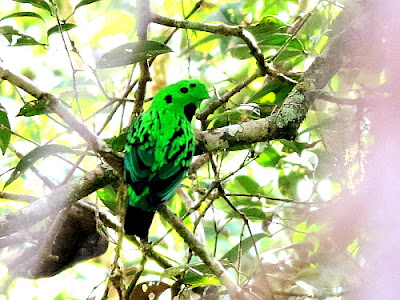 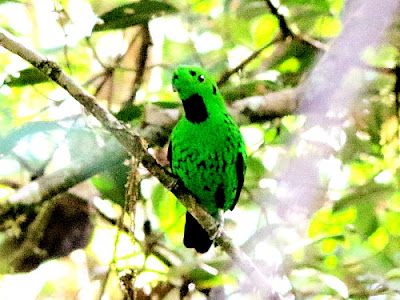 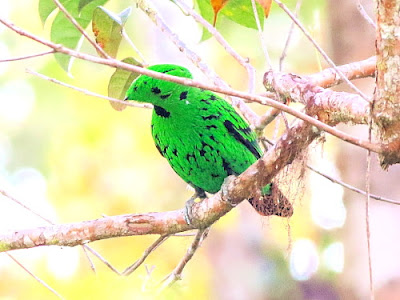 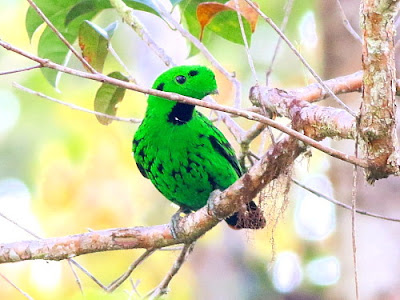 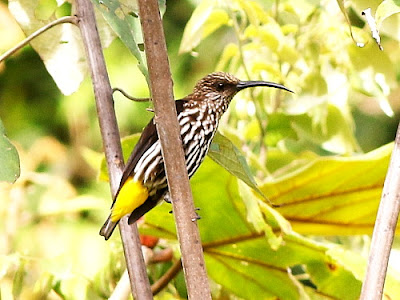 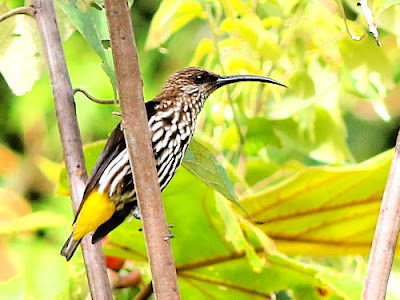 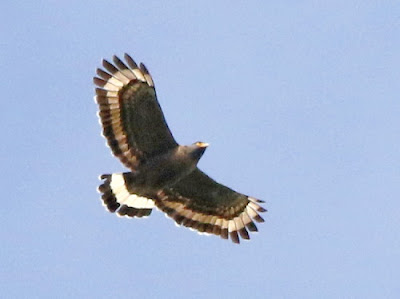 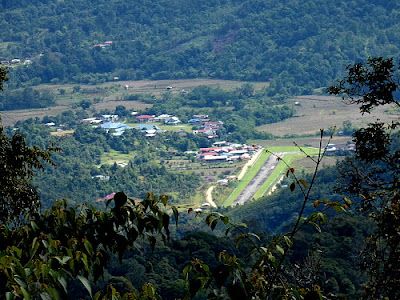 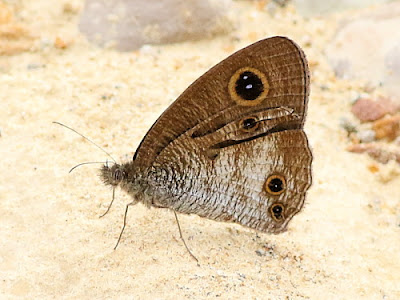 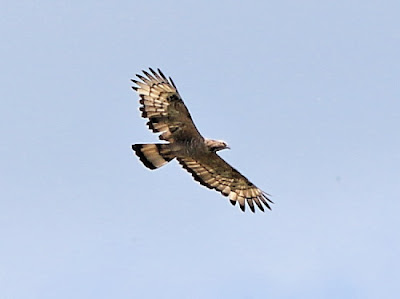 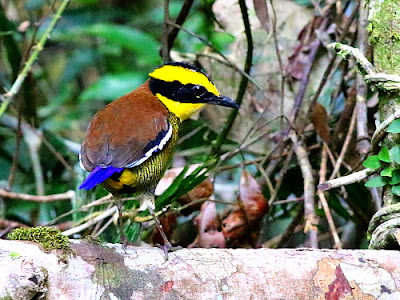 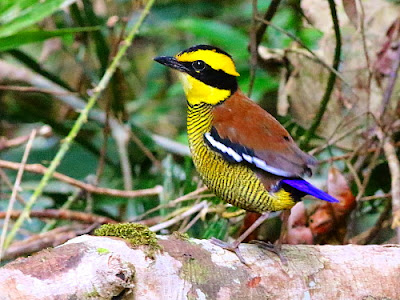 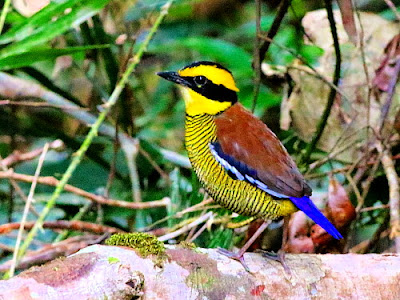 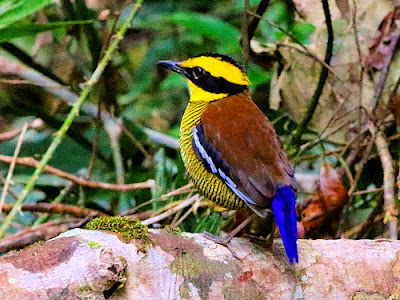 Male Bornean Banded Pitta at Ba'kelalan
Posted by Hegura at 12:47