We arrived at the Hilltop Chalet a good 30 minutes before first light but as dawn arrived all we saw was a family party of Chestnut-winged Babblers. I then walked the Innoue Trail until the four-way junction before returning along it. Whilst again failing to hear or see a Pitta I did see a pair of Short-tailed Babblers. It was hard to believe you could walk for a few hours through such superb forest and see so little! A Charlotte's Buff-vented Bulbul proved a rather underwhelming addition seen outside our chalet. A return to the Hilltop Chalet at dusk failed to produce any Pittas. 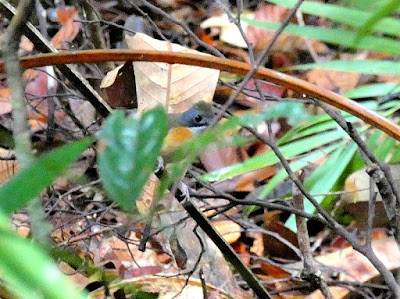 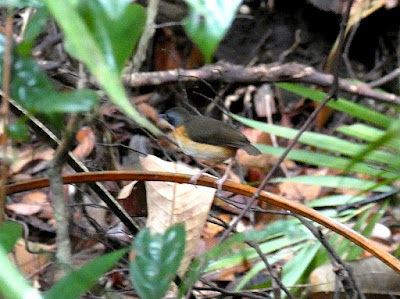