Another early morning boat trip along the Menanggul River. With most of our targets already seen I wanted to concentrate on trying to see Blue-headed Pitta that ever since seeing at Danum Valley with JFC it had remained my favourite species of Pitta. It took some time but we eventually enjoyed some breathtaking views of a male - I'm glad to say that it seemed every bit as good as it had in 1993 when on seeing our first male we could hardly believe what a gem was hopping up a staircase of a trail in front of us. Whilst enjoying watching the Pitta we heard a Chestnut-necklaced Partridge calling, but despite getting close, we failed to see it. In the afternoon we went downstream along the Kinabatangan River and entered some oxbow lakes. They felt somehow primeval and there were good numbers of Proboscis Monkeys present but the birding proved a little slow. A spotlighting session around Romzi's homestay produced a Sunda Flying Lemur. 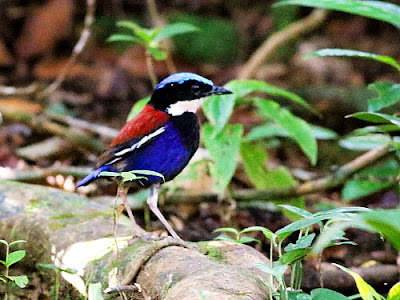 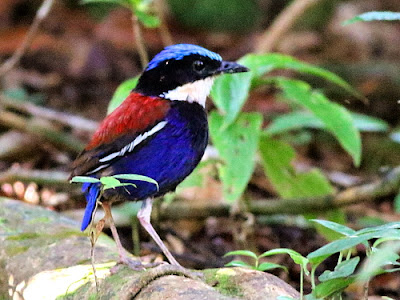 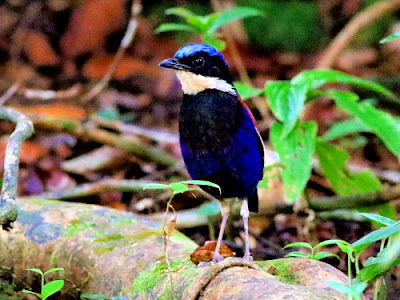 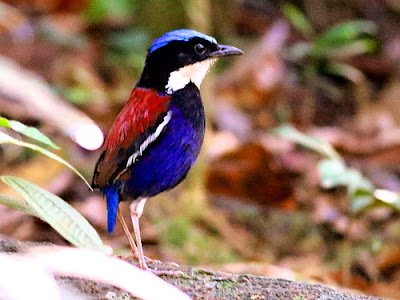 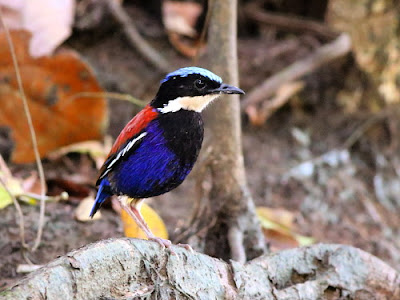 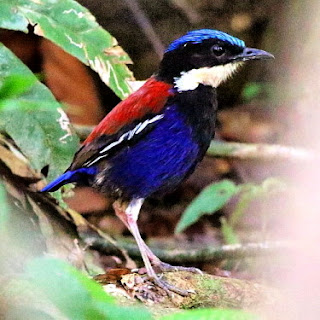 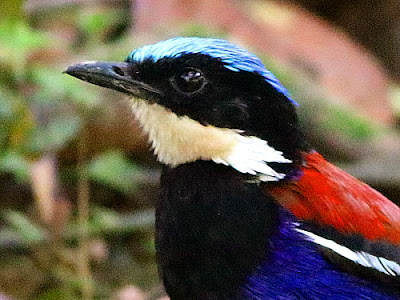 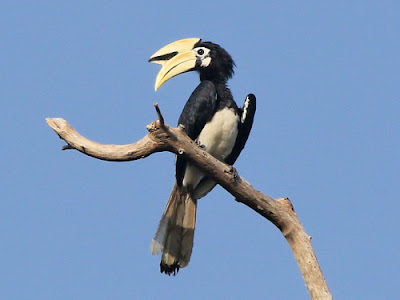 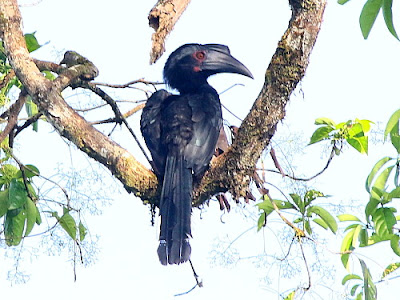 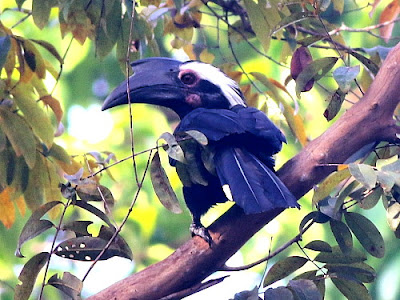 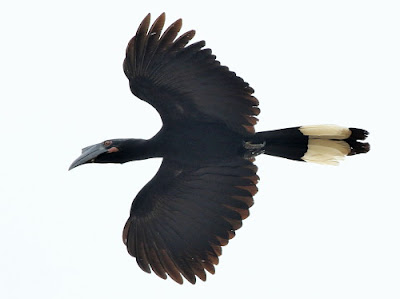 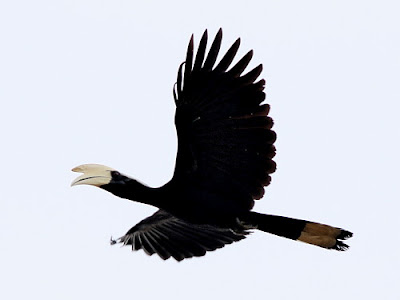 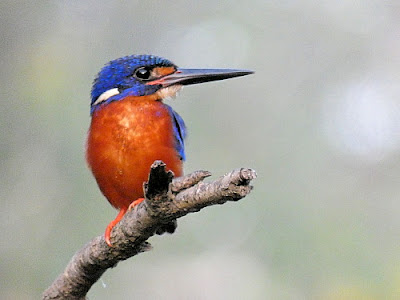 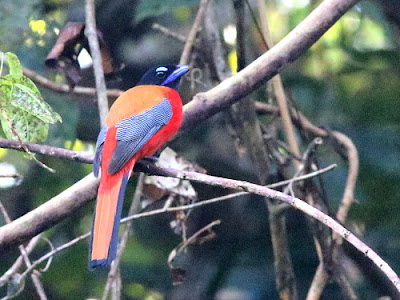 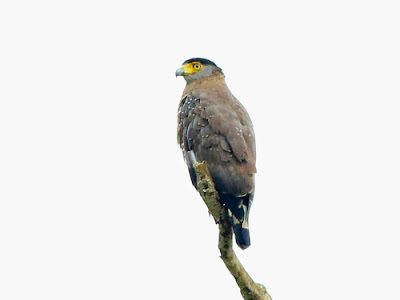 Crested Serpent-Eagle along the Kinabatangan River 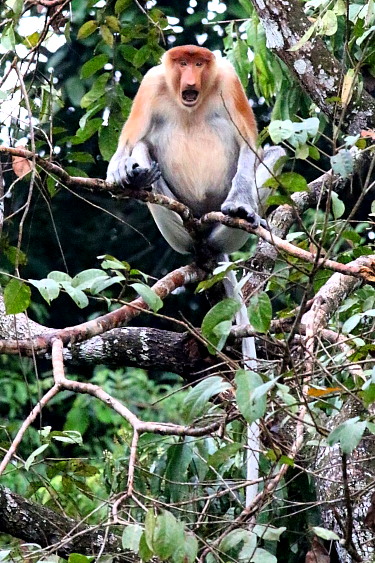 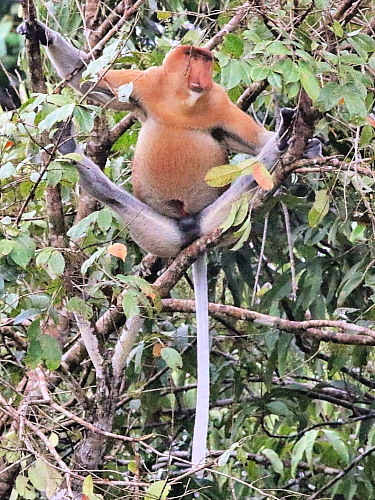 Proboscis Monkeys along the Kinabatangan River 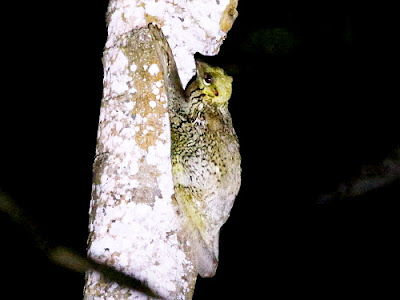 Sunda Flying Lemur at the Menanggul homestay
Posted by Hegura at 10:55