We departed from Miri on time at 8.35am on our MASwings twin-otter flight to Ba'kelalan via Lawas. The flight from Miri to Lawas revealed the shocking extent of the Oil Palm plantations. In contrast, the flight from Lawas to Ba'kelalan overflew what appeared pristine forest pretty much the entire way. We landed safely on what we were told is the shortest runway in Malaysia. Andy's wife, Maureen, from The Owl House very kindly met us at the airport and she quickly arranged for our bags to be carried across the rice paddies to The Owl House. It was nice to be in the cooler and fresher climate of the highlands. We were soon joined by the in-house birding guide, Badau, who also lives at The Owl House. He soon taped-in our first new bird of our stay being the recently-split Golden-faced Barbet explaining that the garden of The Owl House is actually one of the most reliable sites for seeing them - we were soon watching a pair that proved the only ones that we saw. We accompanied both Maureen and Badau on a walk through the rice paddies to the nearby village seeing a selection of common species. After a sumptuous meal prepared by Maureen we headed out spotlighting to look for Dulit Frogmouth. At the first site we tried playback that failed to elicit a response. Badau persisted but no joy. We walked to another area and again playback failed to produce any response. We were beginning to think that it wasn't to be our night when Badau suggested he walk off into the forest to check another site. He reappeared around 10 minutes later to say that he had found one! We followed him to the the spot but initially, very frustratingly, it appeared to have moved. However, Badau moved position slightly and could then thankfully see it again. We edged closer obtaining superb views marveling at how large it was! Badau then thought it might be sat on what a could be a nest? We backed-off immediately and left it be. It had proved a very memorable start to our stay at The Owl House. 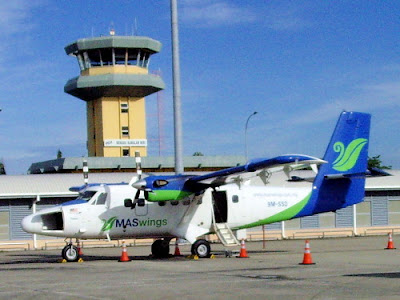 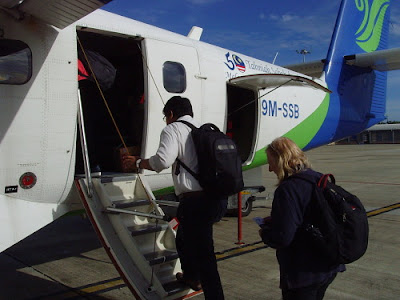 Brenda about to board 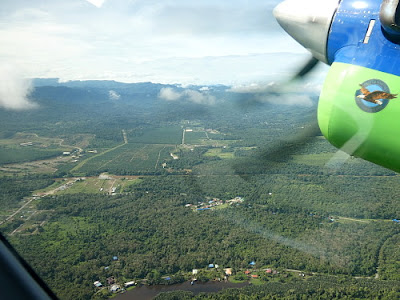 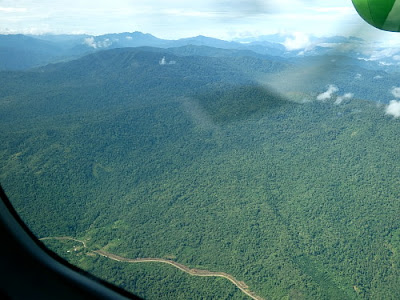 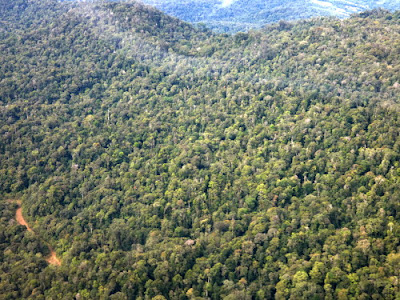 we pretty much followed the road from Lawas to Ba'kelalan 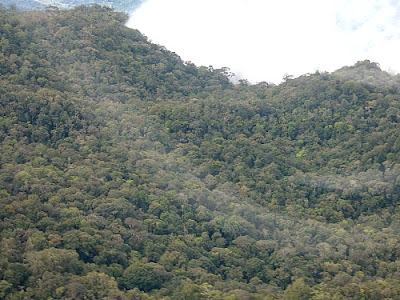 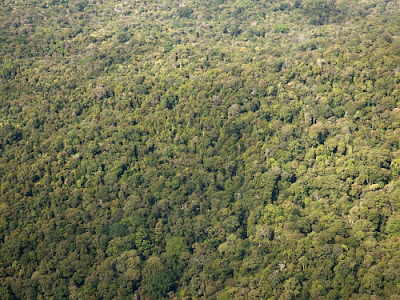 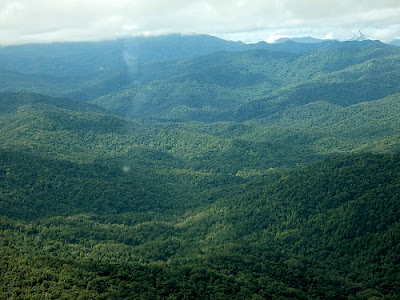 the refreshing sight of intact forest 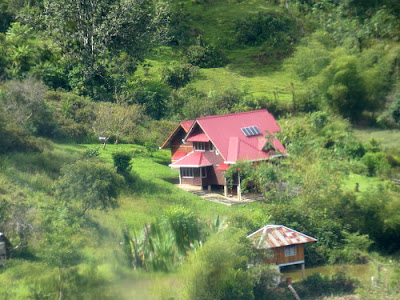 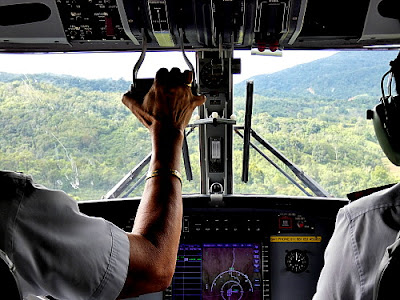 Runway not yet obvious ... 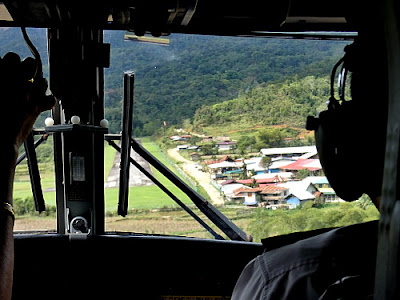 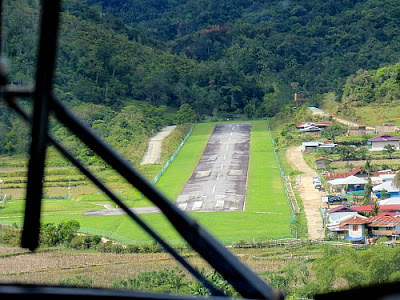 ... but soon appears into view 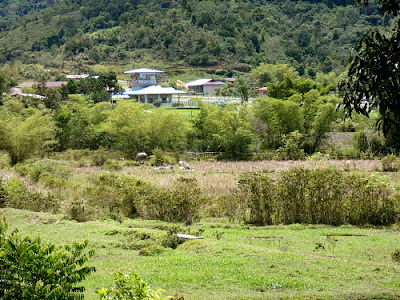 Airfield viewed from The Owl House 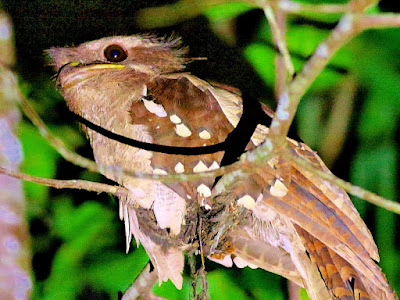