We followed a now familiar routine first concentrating at lower elevations and then driving higher. The lower elevations produced some nice surprises including a pair of Jambu Fruit Doves (something I'd only previously seen with JFC in Thailand in 1992), a couple of Brown-backed Needletails zooming around overhead being a new species for Badau, a Red-bearded Bee-eater and another small flock of Pygmy Heleia but the higher elevations proved quiet today. After dark we again went out spotlighting and were soon watching a Sunda Scops Owl but we then spent several hours listening to around 3 Oriental Bay Owls but frustratingly not seeing any of them. 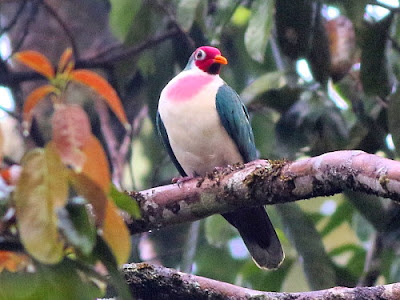 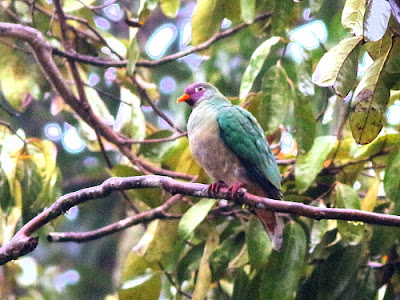 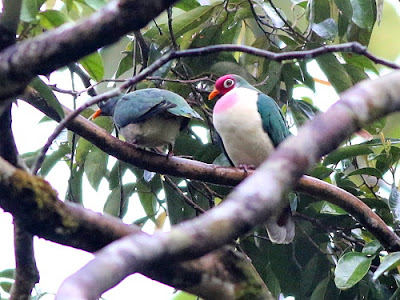 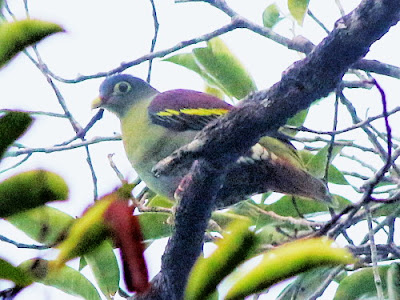 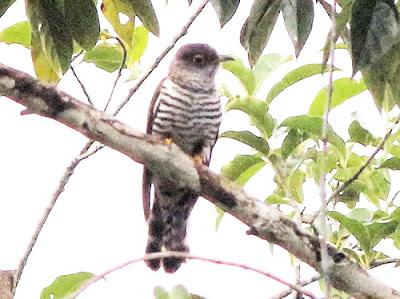 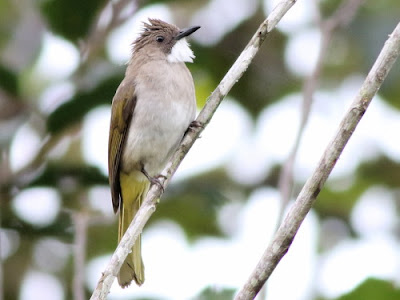 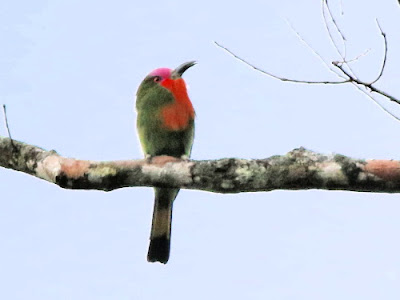 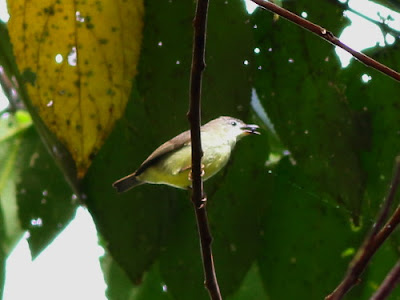 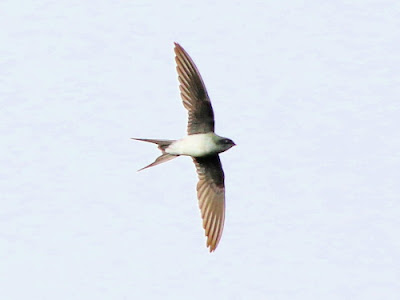 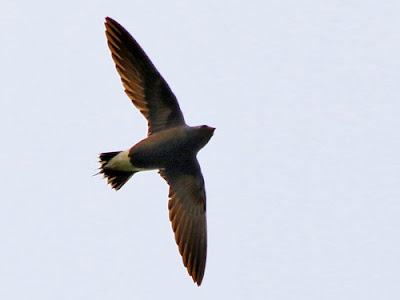 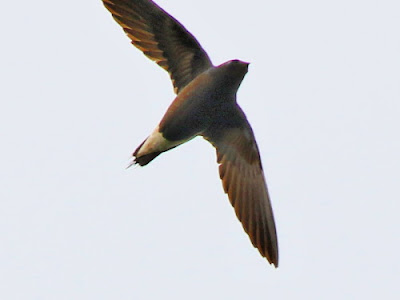 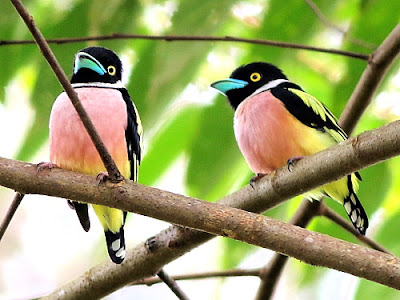 Pair of Black-and-yellow Broadbills at Ba'kelalan 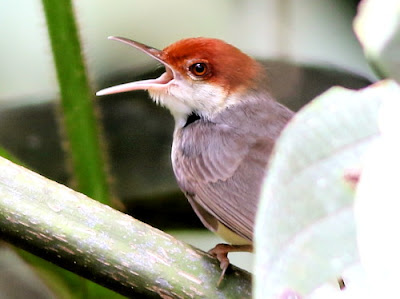 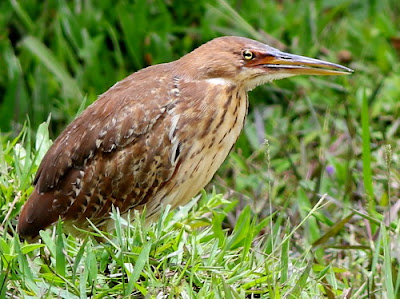 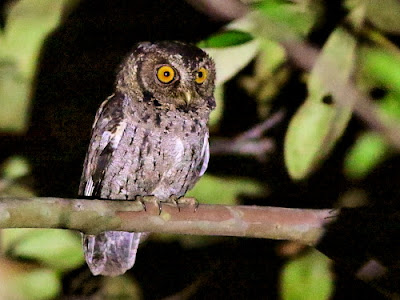 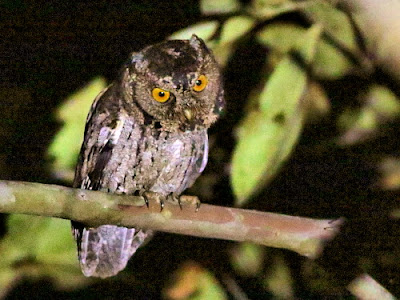 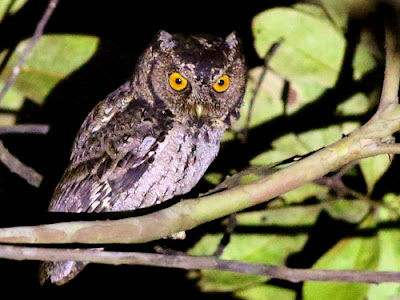