The day started slowly with just a couple of Willow Warblers seen at Skaw and then a walk around Lamba Ness revealed far fewer grounded Meadow Pipits than in recent days although 2 Sooty Shearwaters flew past. Whilst leaving Lamba Ness there was a Willow Warbler on a cattle grid and another at Millfield. Walking to Norwick we saw more Willow Warblers, an interesting-looking Lesser Whitethroat, 2 Pied Flycatchers and we flushed a Wryneck into an elder. Whilst looking for that I raised my bins to look at a Phyllosc to be confronted by an Arctic Warbler - brilliant! Had to dash back to Millfield to get a phone signal and were soon joined by Robbie and Mike. It proved very elusive but whilst waiting Mike picked out 2 Common Rosefinches and we all had brief views of an Acro. Brydon then kindly text to say there were Killer Whales at Haroldswick that sent us dashing in that direction by we arrived a minute or so too late to see them. Returned to Vaylie where found the Acro that proved to be a Marsh Warbler but the Arctic Warbler was proving very elusive. With light fading decided to quickly try Burrafirth and pleased that we did as we found an obliging Icterine Warbler that we then watched sleeping presumably exhausted by a long flight. A great day! 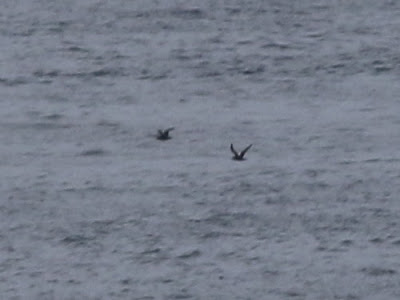 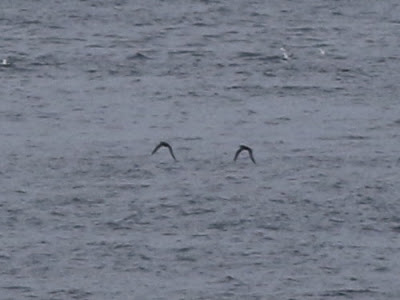 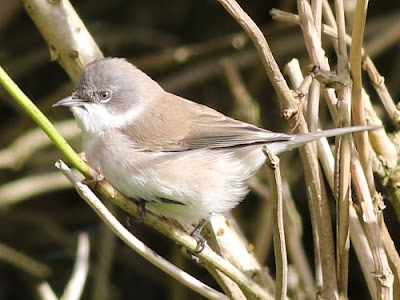 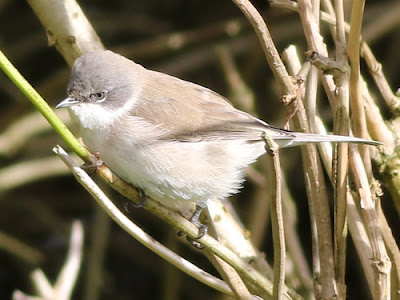 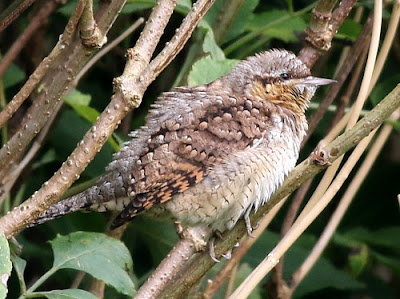 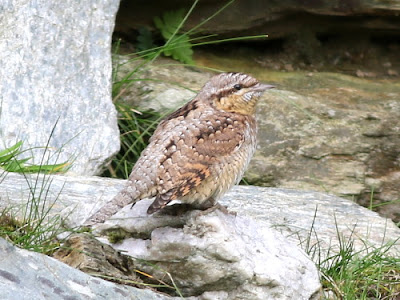 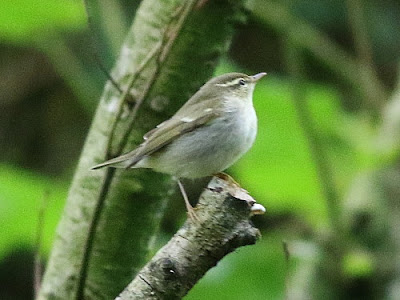 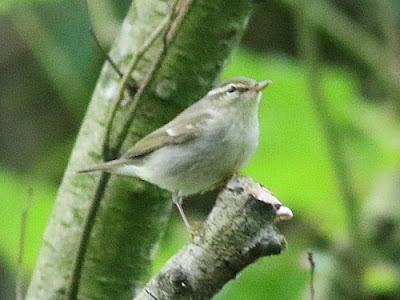 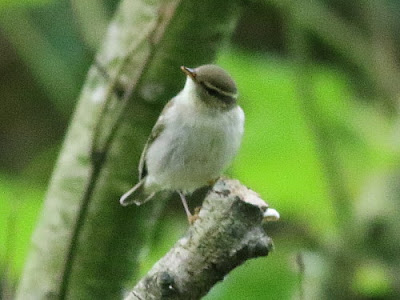 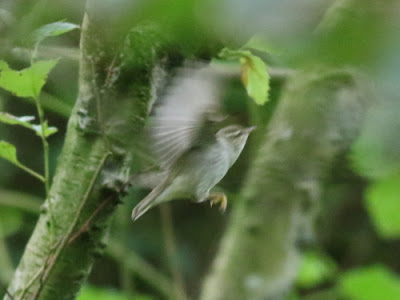 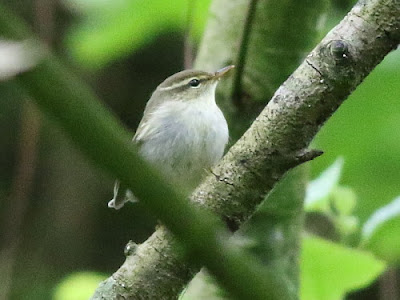 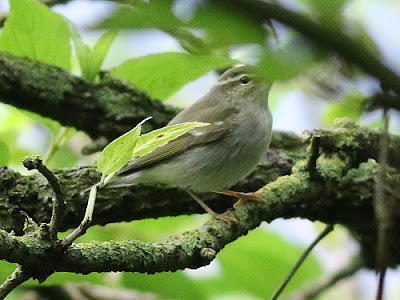 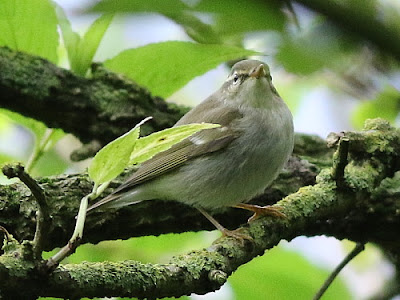 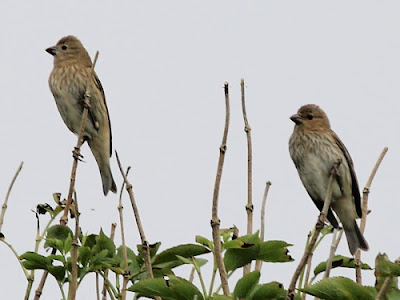 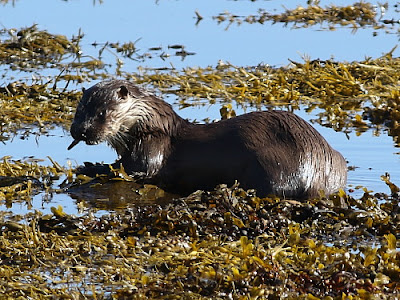 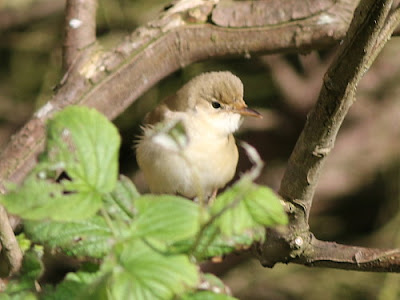 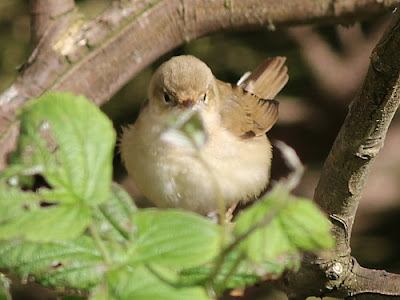 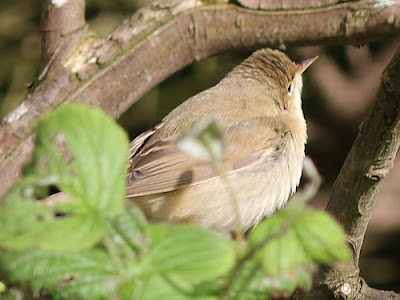 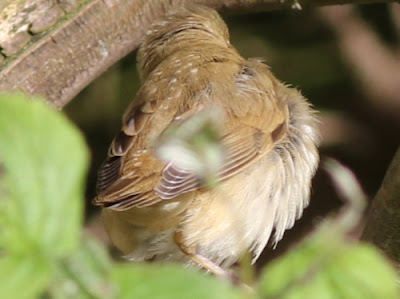 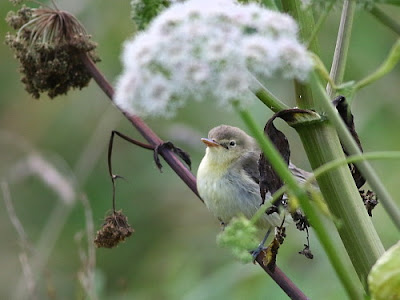 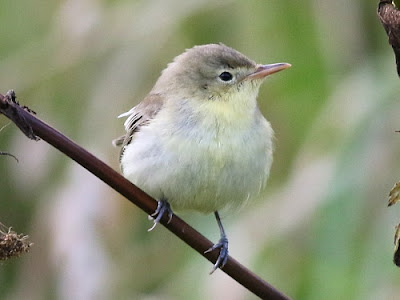 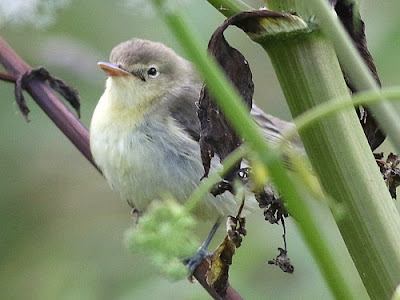 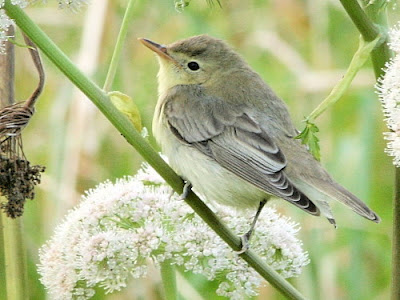