Thick fog from dawn remained in place until early afternoon. An early visit to Skaw showed just a Common Whitethroat, a Blackcap and Willow Warbler to be present all likely lingerers from recent days. Norwick proved no better with just a couple of Garden Warblers and a Willow Warbler again being likely lingerers. On setting off out again just as the fog had lifted we immediately saw a juvenile Cuckoo being the first we've seen this Autumn. It showed a hint of a buff-tinge to its undertail coverts that were quite heavily barred. In Spring in Japan, buff-tinged undertail-coverts are often considered a good pointer towards Oriental Cuckoo so I set about trying to obtain some images and tried to consult the literature some of which proved quite contradictory - no great surprise for something so complex. Then followed incredibly helpful discussions with MSC, JFC, BHT and RR openly discussing their own experiences with the species pair and thought-provoking individuals encountered both home and abroad and pointing me in the direction of, and even providing me with copies of, useful identification articles - very many thanks to you all. 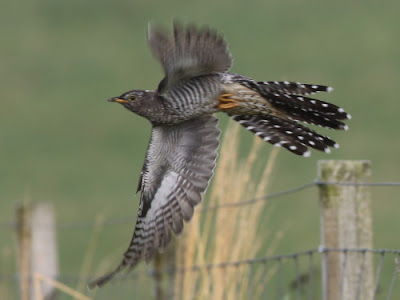 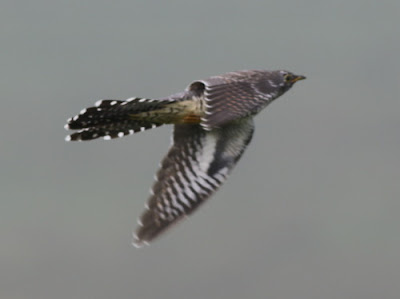 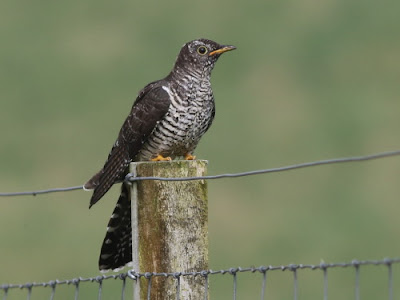 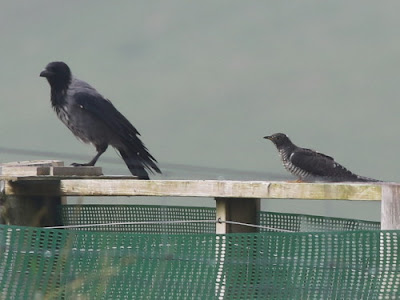 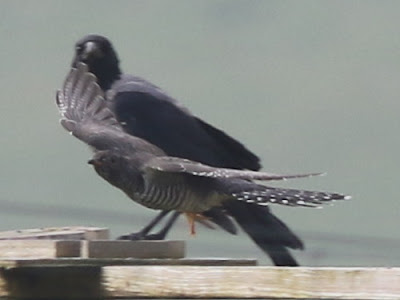 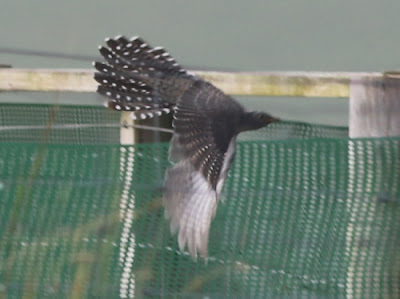 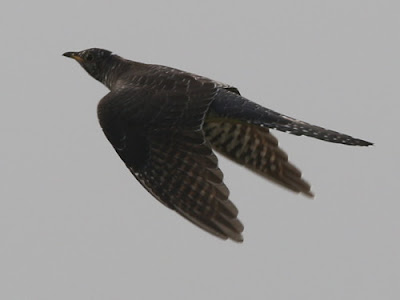 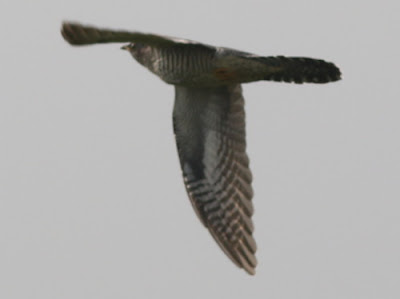 Juvenile Cuckoo at Norwick
The Collins Guide warns of some Common Cuckoos showing buff utc's. BWP states the separation of the two species is incompletely studied. Alula 4/2003 (thanks RR) deals with the separation of adults and details the considerable variation and overlap in field characters but if the faint barring to the lesser underwing coverts near the leading edge of the underwing applies to juveniles as well as adults (and Rare Birds of North America says that it does) it strongly points towards today's bird being a Common Cuckoo.  The same would likely apply to the number of white bars visible on the underside to the primaries The above all said, the portrayal of the utc's of the juveniles in Rare Birds of North America are worth a look... All the above images have simply been cropped - hence, no change to the sharpness, contrast, brightness, colouration etc.
Posted by Hegura at 14:34