Thick fog at dawn didn't clear until mid-afternoon when the temperature suddenly dropped and pin-sharp visibility remained until dusk. Skaw was quiet with 2 Knot on the beach, one of the Common Whitethroats and a single Chaffinch seen in the gloom. Millfield played host to another 2 Chaffinches and a Whinchat. Norwick produced another Whinchat and a flock of 12 Oystercatchers arrived in off the sea and then drizzle set-in that dropped a few migrants including 3 Garden Warblers with another 3 Garden Warblers then seen on the walk back to Millfield as well as our first Robin of the Autumn. A Swallow was seen hawking over Haroldswick pools and there were 2 Willow Warblers on the beach and another 2 Chaffinches. Burrafirth proved quiet with just the lingering Lesser Whitethroat still present and a Willow Warbler. A tour of the Baltasounf sites was also unrewarding until the fog cleared when suddenly 3 Willow Warblers and a Chiffchaff appeared at Clingera. Whilst driving back through Haroldswick a Barred Warbler flew across the road and showed well in a garden adjacent to the tea rooms - it flew out to sea at one point but returned a couple of minutes later! An evening return to Skaw produced far more migrants than the early visit with 2 Lesser Whitethroats, a Blackcap and 3 Willow Warblers now being present. 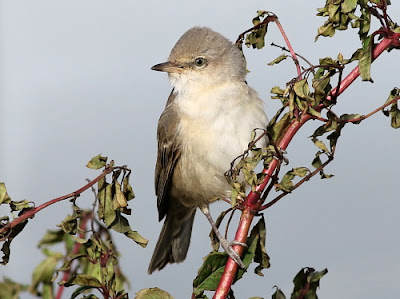 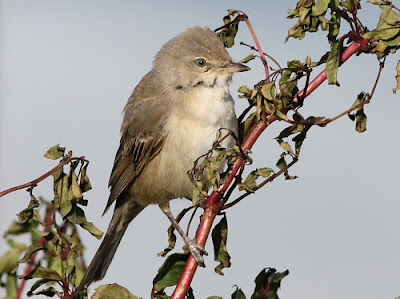 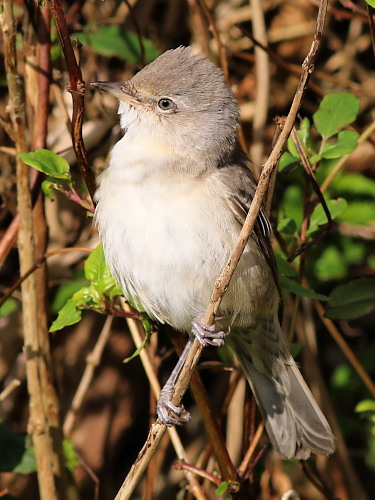 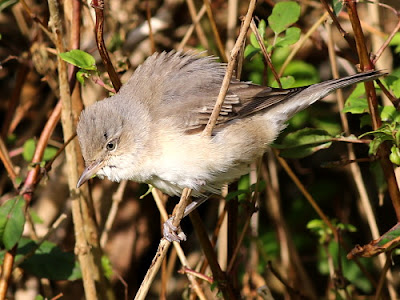 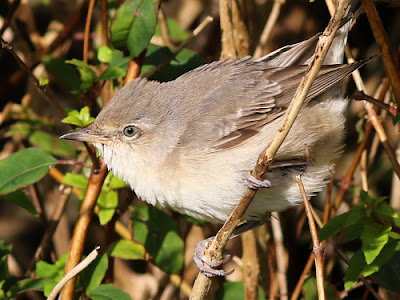 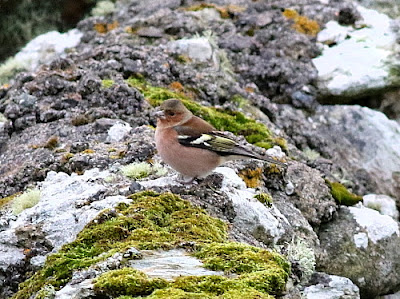 Male Chaffinch at Skaw
Posted by Hegura at 13:44