The wind had remained stronger than forecast today and there was some light rain this morning that made birding more difficult than we had hoped would be the case. Skaw produced the Chiffchaff and a Willow Warbler. Haroldswick played host to another Willow Warbler and 3 Chaffinches. Back for breakfast revealed the Yellow-browed Warbler was still in residence in our roses at Millfield. There were more birders than birds at Norwick although we did see 3 Yellow-browed Warblers, a Goldcrest and 3 Chaffinches. A tour of Halligarth added just a single Chiffchaff but the School added 2 more Willow Warblers. At Setters Hill the only migrant seen was the Icterine Warbler still showing well. Burrafirth added a Whinchat and another Yellow-browed Warbler. We then heard that another Blyth's Reed Warbler had been found at Baliasta. In the last hour of the day we saw a Chiffchaff, a Yellow-browed Warbler and brief views of the Blyth's Reed Warbler being another shy and elusive individual. 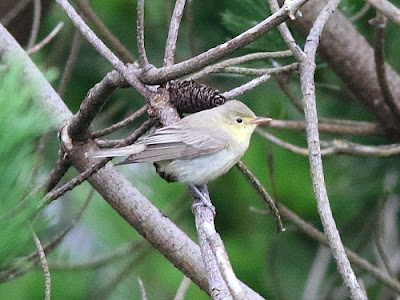 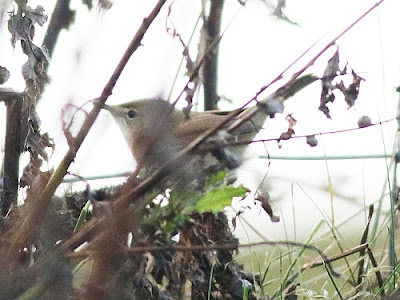