A day when the conditions felt very promising but failed to deliver. I joined Robbie at Skaw who was watching a newly arrived Spotted Flycatcher but otherwise I just saw the lingering Common Whitethroat and Blackcap in the dense fog. Norwick produced a new Whinchat and a new Robin but there was no sign of the Cuckoo and few other migrants were seen. In the afternoon, after the fog had cleared, we checked Burrafirth and several of the Baltasound sites but just the odd Willow Warbler was seen here and there. 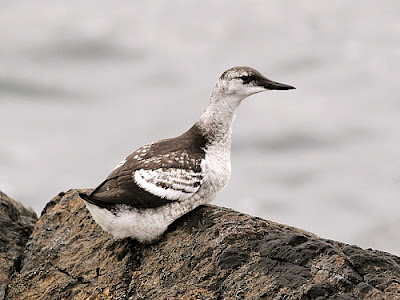