We asked if Renate was able to point us in the direction of where to look for Rusty-breasted Antpitta and he very kindly offered to accompany us. We set off at dawn and Renate took us to a couple of territories where at the first we obtained a brief naked-eye view of one sat in the open calling from the edge of a bamboo stand in the early morning sunlight allowing us to appreciate its broad white half-crescent of an eye-ring behind its eye and its rusty breast. It unfortunately disappeared as I raised my binoculars. Whilst it then approached very closely to playback we were unable to pick it out in the dense bamboo. We also saw a smart Rufous-chested Tanager and several Slaty Finches feeding on fallen bamboo seeds. Whilst we heard Rusty-breasted Antpitta at the second territory it didn't seem interested in playback. We returned to the hostal where we saw a Sword-billed Hummingbird and several Black-tailed Trainbearers attending the feeders as well as succession of common species, and a Rusty Flowerpiercer, whilst enjoying our outdoor breakfast. Renate kindly gave us directions of where to look for Scrub Tanager near Niebli and on driving to the site we were soon enjoying views of one, and another Rusty Flowerpiercer, without even leaving our car! We then visited another of Renate's stakeouts on the floor of the crater seeing a Burrowing Owl. 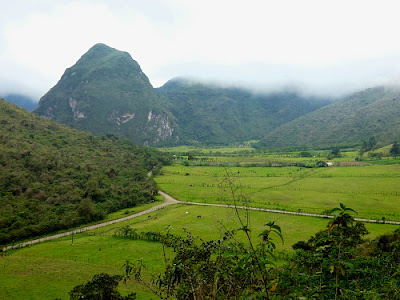 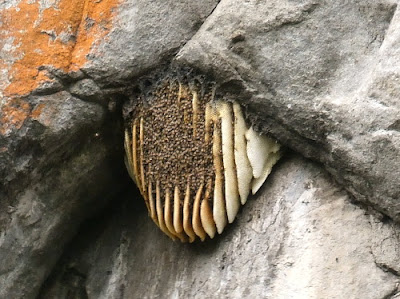 Bee nest on the volcanic plug at Pululahua 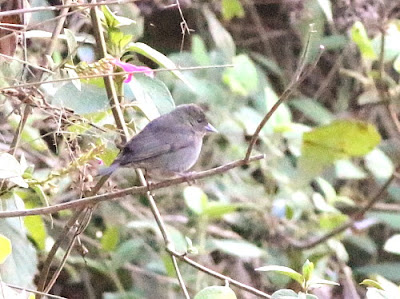 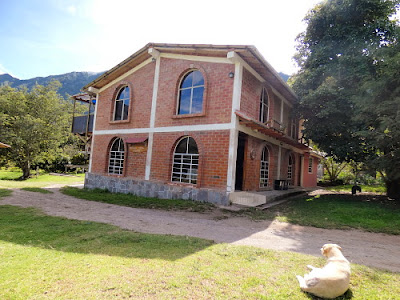 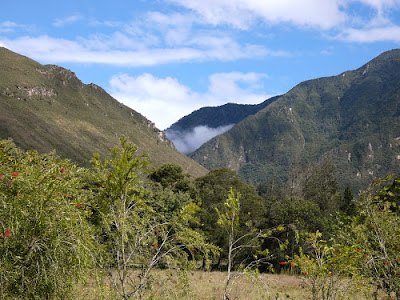 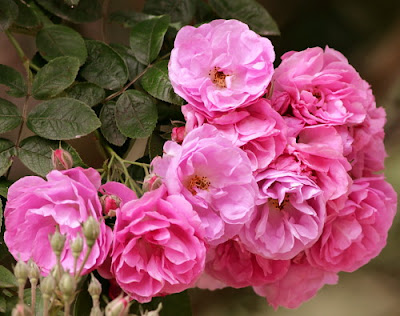 A familiar-looking rose in the Pululahua hostal garden 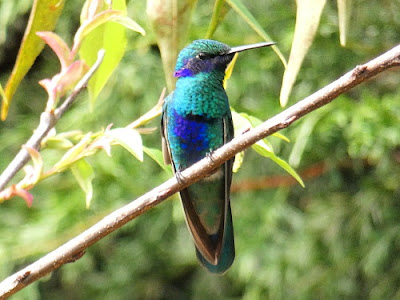 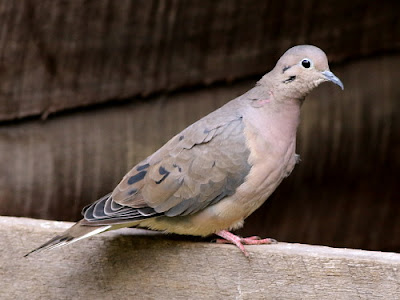 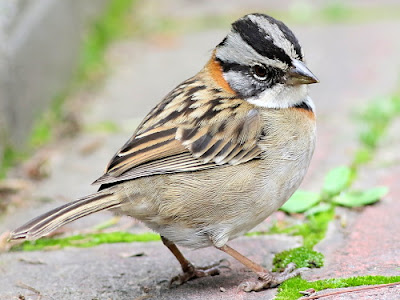 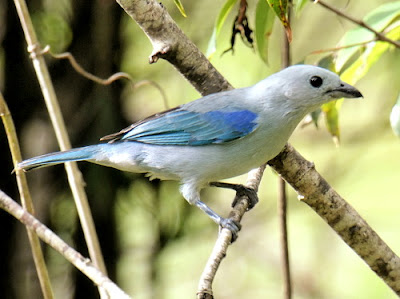 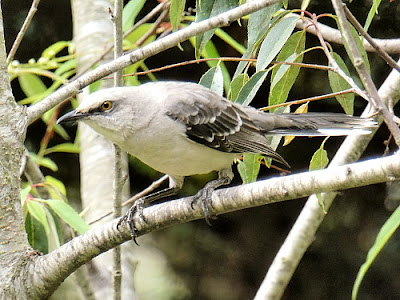 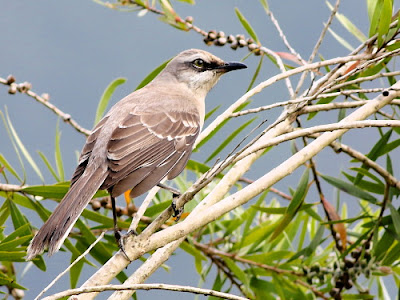 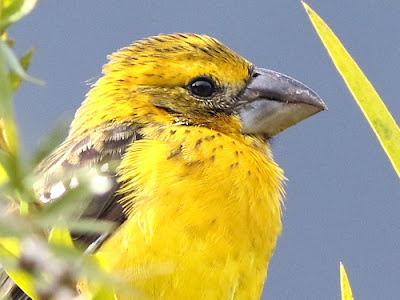 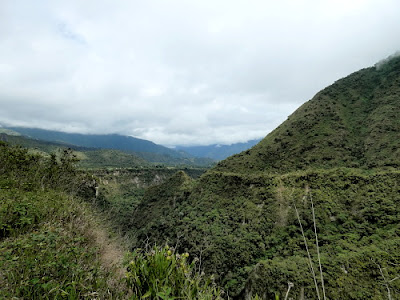 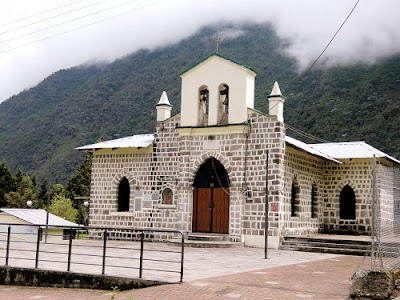 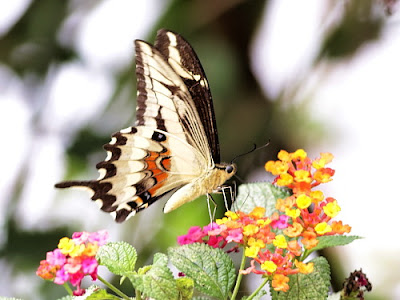 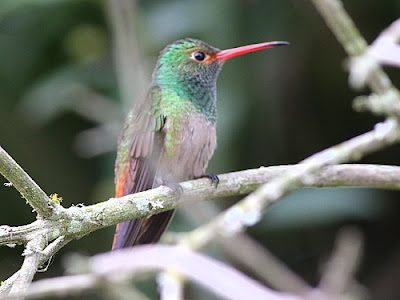 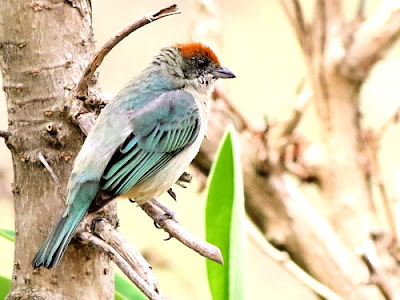 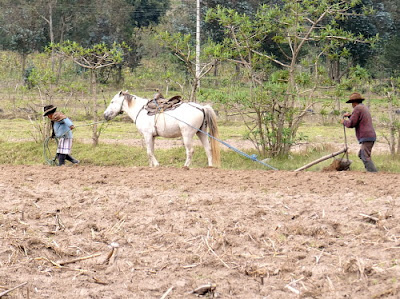 A traditional one horse-power plough 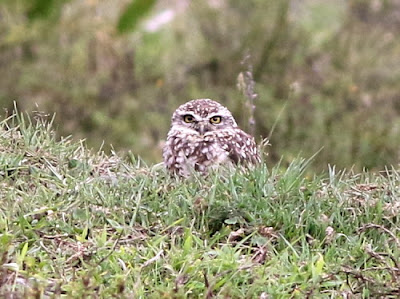