A clear morning and the first time we had seen the Andes from Wild Sumaco. A male Lafresnaye's Piculet and a male Yellow-breasted Antwrenwere seen around the car park of the Lodge. We then walked a short way along the road until finding a Dark-breasted Spinetail in the rank grassland. The lure of the forest trails then proved too much so we walked the Coopmans Trail in the morning but it proved quiet under the clear skies although a troop of Napo Tamarins were quite nice. We then walked the Lodge Loop Trail again seeing the male Chestnut-crowned Gnateater this time with a juvenile. We also then encountered a mixed-species flock that produced several Golden-collared Honeycreepers. We walked the F.A.C.E. trail in the afternoon but that also proved quiet although finding an Owl Butterfly made it worthwhile. A roost flight of Scaly-naped Amazons were seen as we walked back along the road. We set out after dark and soon found a pair of Band-bellied Owls in the same area I had seen the one the night before. 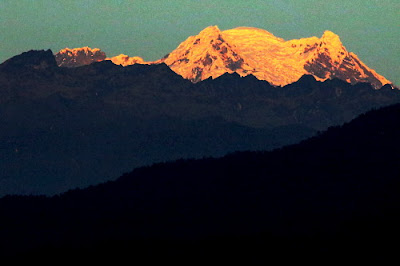 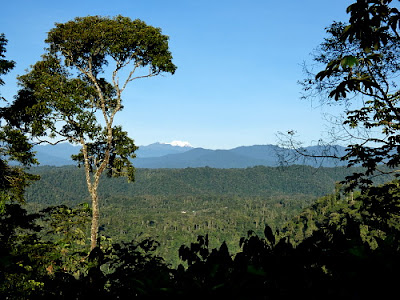 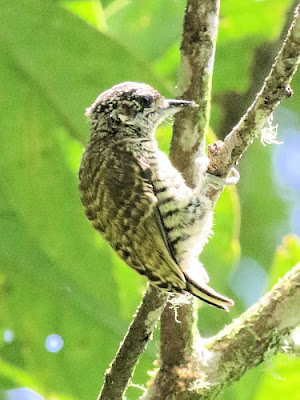 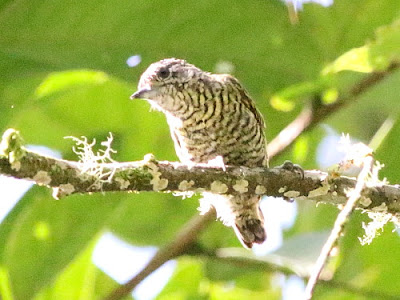 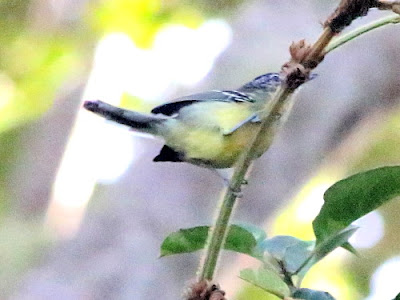 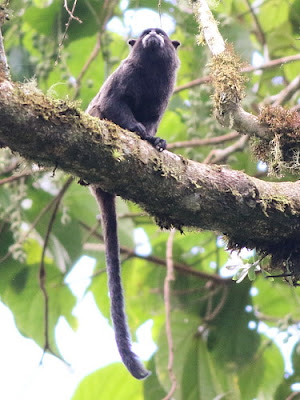 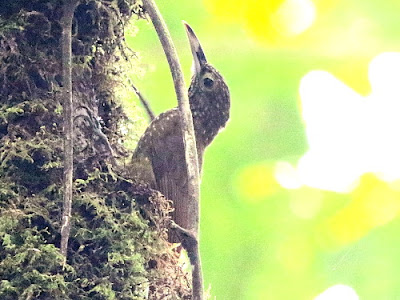 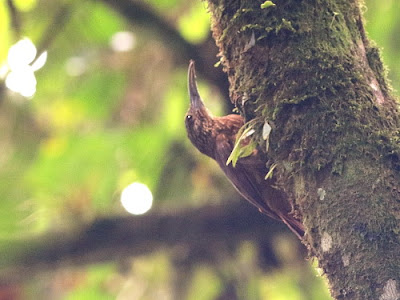 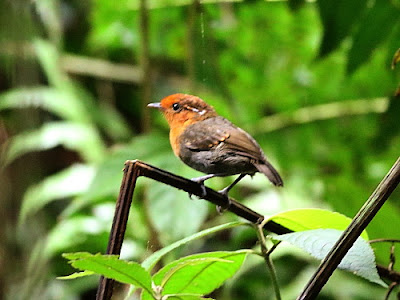 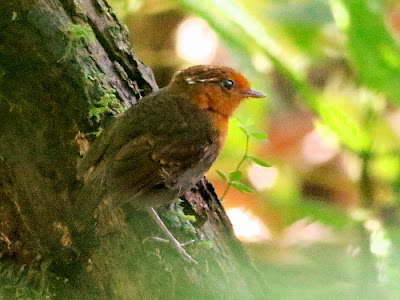 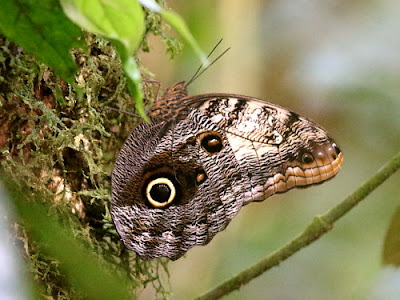 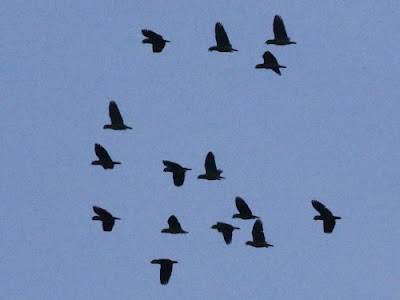 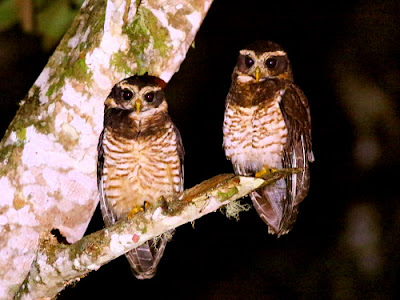 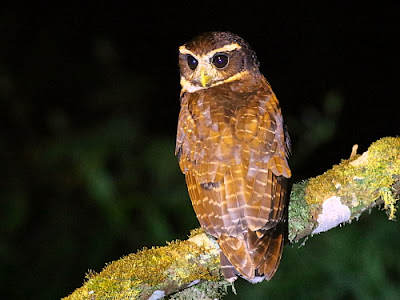 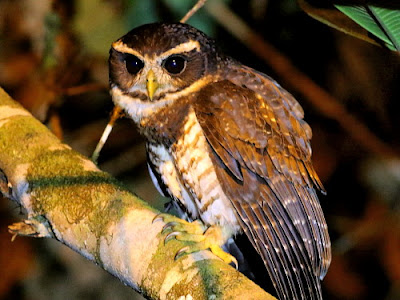