I walked the Rio Trail again from dawn finding a skulking although vocal pair of Coraya Wrens. Sandros arrived 10 minutes early with provisions for our stay at Gareno and his sister, Julia, who was also accompanying us to do the cooking arrived a few minutes later. Whilst we knew that the Harpy Eagle had fledged, and that other birders were therefore cancelling their intended visits, we had an inkling that Gareno seemed the sort of place that might still deliver something very special. We made an extended stop in an area of Mauritia palms along the road to Gareno seeing some nice species including Red-bellied Macaw, Black-headed Parrot, Ferruginous Pygmy-Owl, Black-capped Donacobius and a Caqueta Seedeater that was a new bird for us but unfortunately we failed to find Point-tailed Palmcreeper at this stakeout for the species. On passing through the oil company security checkpoint we entered the forest proper and another roadside stop produced views of our first Black-bellied Cuckoo. We were greeted at the Lodge by a group of Huaorani tribe women and their children - the indigenous people of the area. After settling into our en-suite cabin at Gareno we were soon watching a party of Purple-throated Fruitcrows whilst drinking freshly-squeezed juice. At 2pm we set off along a trail running through forest alongside the blackwater river. Probably no further than c.200m along the trail we heard some Antbirds churring. As we carefully approached, they scattered, but the first I looked at was a Hairy-crested Antbird! Amazing! Even Sandros thought it must be a Bicolored Antbird as he's not used to seeing Hairy-crested Antbirds. Gareno had already delivered something very special! A Yellow-browed Antbird was also present and vying for our attention. Continuing along the trail forest birds seemed plentiful including views of White-bearded Hermit and a male Golden-headed Manakin. Returning to the lodge by walking a section of the road added a male White-vented Euphonia. Having descended the steps to the lodge Sandros received word of a roosting Crested Owl. He suggested that we ought to try and get there before dark as they regularly change their roost-site day to day. We climbed the steps and then a short but steep trail in fading daylight. It took a while but Sandros eventually picked it out sat in the mid-canopy at close range - we'd initially both walked right past it! A brilliant end to a spectacular first afternoon at Gareno. 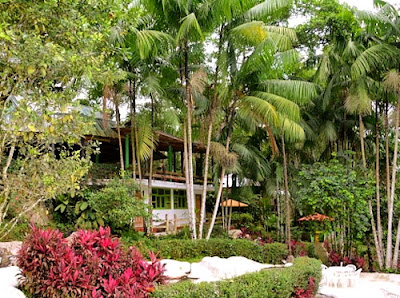 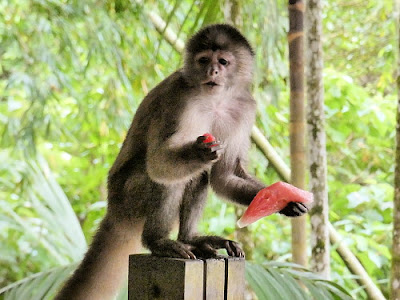 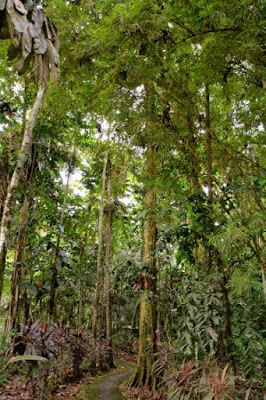 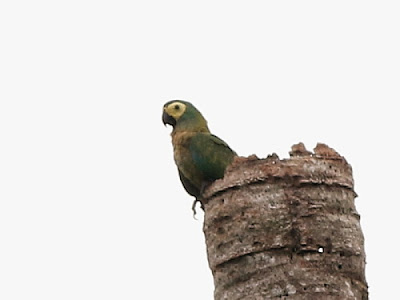 Red-bellied Macaw in Mauritia palms on the drive to Gareno 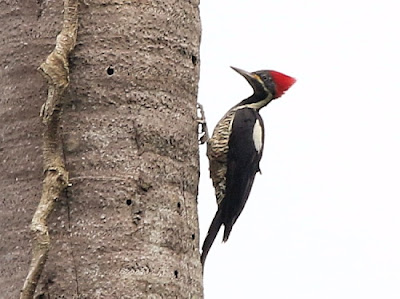 Female Lineated Woodpecker in Mauritia palms on the drive to Gareno 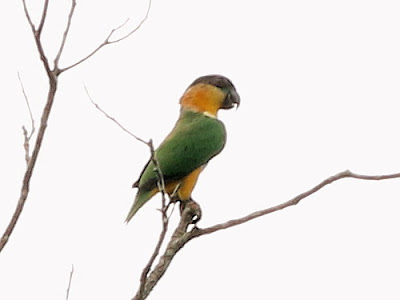 Black-headed Parrot near Mauritia palms on the drive to Gareno 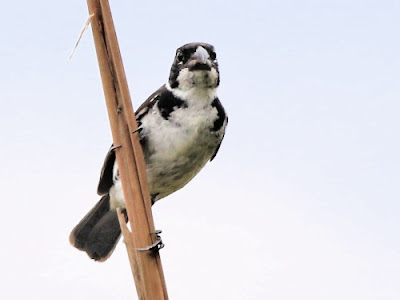 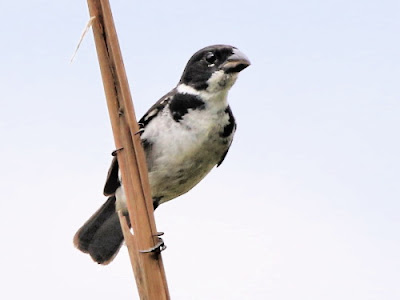 Male Caqueta Seedeater on the drive to Gareno 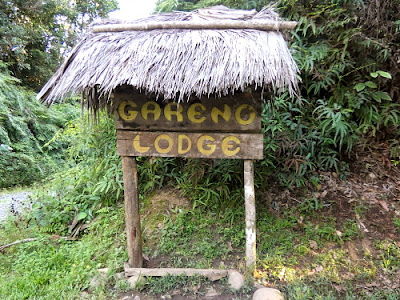 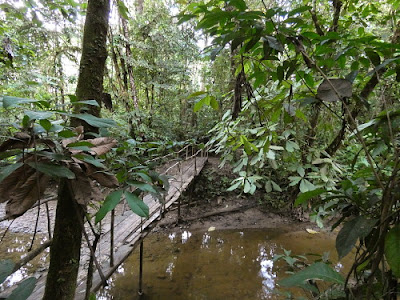 ... or not quite, we still had the bridge to cross before we reach the lodge ... 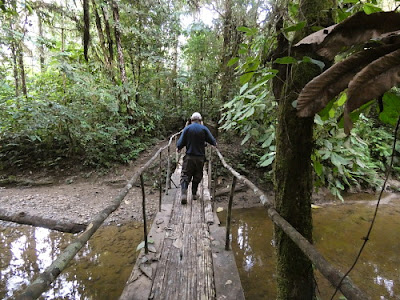 but fortunately it proved more stable that the odd missing plank might at first suggest! 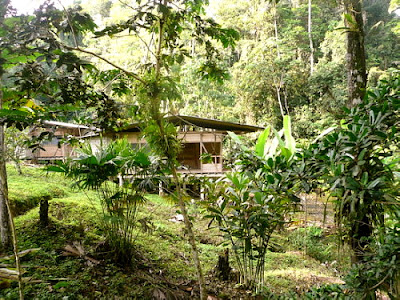 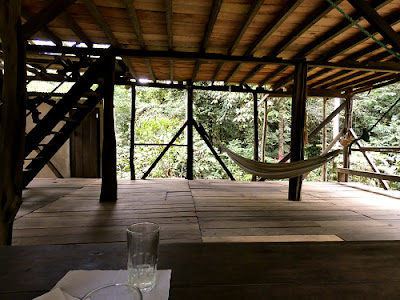 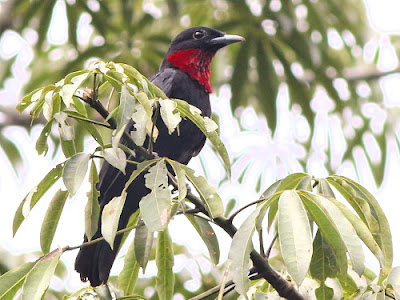 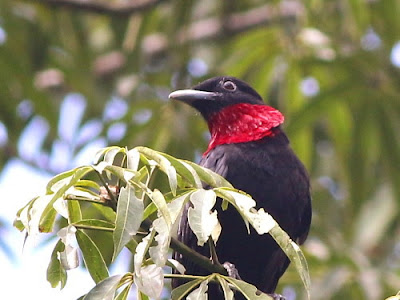 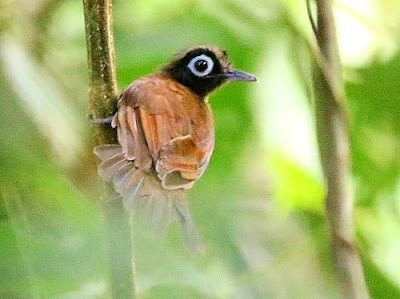 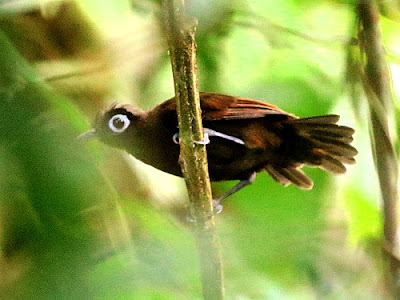 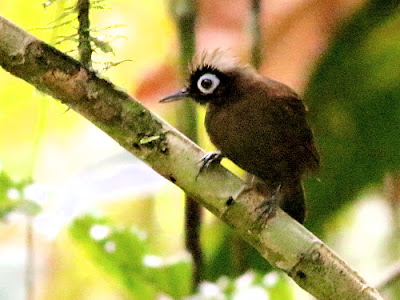 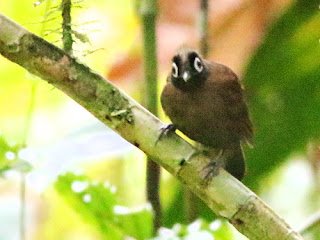 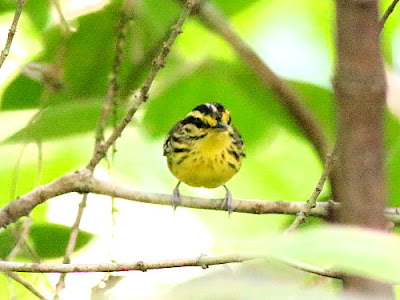 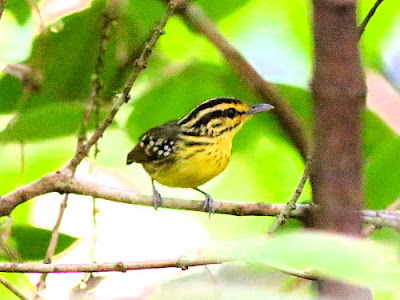 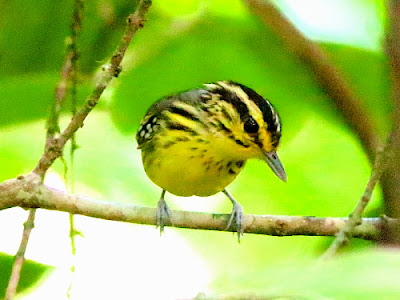 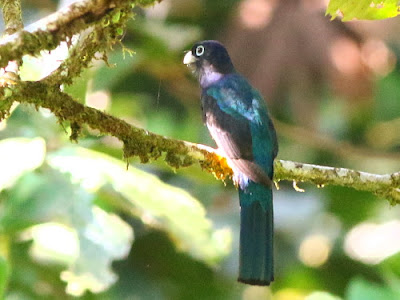 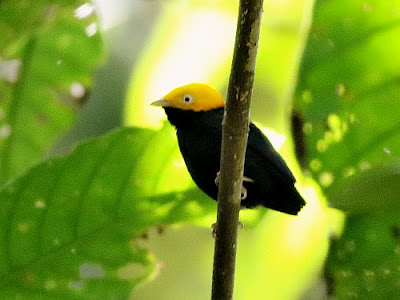 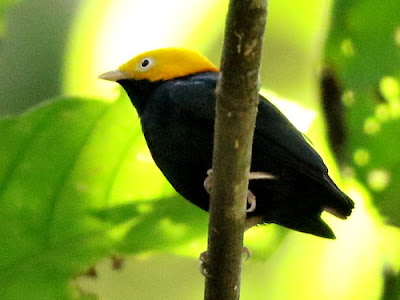 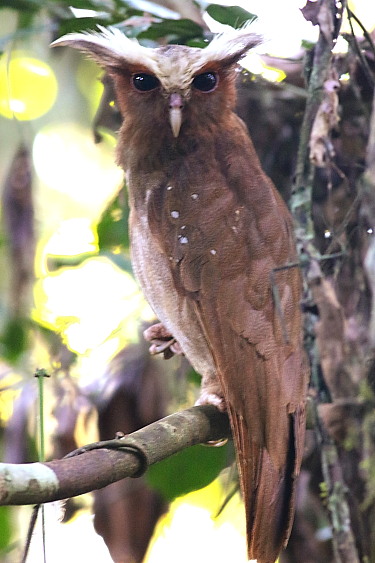