... I awoke around 1am and could hear the beautiful humming now very close, almost sounding as if from right above our cabin. I listened to it for around 20 minutes and suddenly wondered what Nocturnal Curassow might sound like albeit I had read that Curassows were extirpated in the area. A quick search for a recording, and sure enough, it was Nocturnal Curassow! I switched on my torch, jumped into my boots and headed out but the humming had stopped as soon as I'd switched on my torch - presumably they associate seeing a torchlight  often being followed by a gunshot! I illuminated the tall trees above the cabin but saw nothing so returned to bed. I listened for around an hour but never heard it again. In hindsight I should have stumbled out in the dark, tried to pinpoint its location and then switched on the torch - oh to have been staying another night! I had arranged to meet Sandros at 4am for a final attempt at Rufous Potoo, but when the alarm went, it was raining so I gave it a miss. I surfaced at 6am to find Sandros and Julia preparing breakfast. Sandros casually asked if I'd like to see a Potoo - he'd ventured out in the rain, found a bird, and stuck with it to ensure that it was sat in what would prove its daytime roost - brilliant! Then the bad news, he warned me it would involve a very tough near-vertical descent to see it. Needless to say I was still keen, so he enlisted Julia to help with 'the walk'. It was a steep climb and then we reached the near vertical slope that needed descending. Sandros said he'd carry my camera for its well-being and promptly fell 2m but we both saw the funny side and somehow both Sandros and my camera survived! It was tough going hanging onto trunks, vines, Julia and Sandros at times as we somehow slid most of the way down the slippery slope. Then a stream to wade and up the other side that didn't prove much easier. We were all soaked with sweat on arriving at the spot but the bird was still there - phew! Sandros then said we could return a much longer but much easier route out - it would have been more sensible to have walked that way in too! Along the trail he picked out a calling male Striped Manakin so Gareno just seemed to keep delivering and I knew it would have continued to do so had we been staying longer. Effectively it was time to leave. We stopped at the palms but again no sign of a Palmcreeper although 3 White-eared Jacamars were welcome. Sandros had also mentioned the possibility of seeing Azure Gallinule at a stakeout on our return journey to Archidona if we returned via Misahualli. We stopped at a black-water lagoon and took a canoe out. Unfortunately the only Gallinules we could find were American Purple Gallinules but an Anteater, Hoatzins and a Sungrebe were very nice to see as were then a few White-banded Swallows whilst crossing the Rio Napo at Misahualli. We said our farewells and dropped Julia and Sandros at Archidona and drove to Papallacta where we found they had room at the same place we had stayed before. We drove the track towards the Coca Cayambe reserve and were soon searching for Crescent-faced Antpitta... but we failed again. 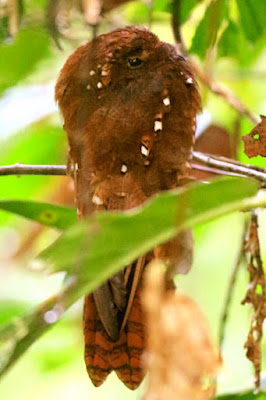 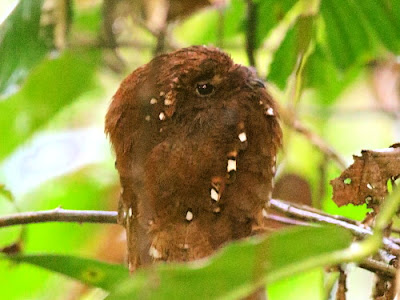 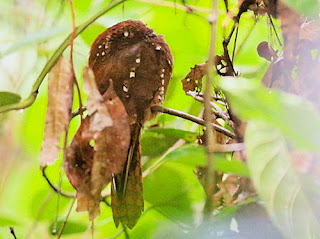 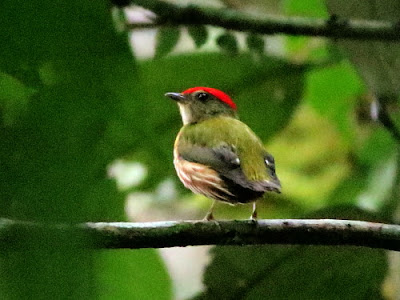 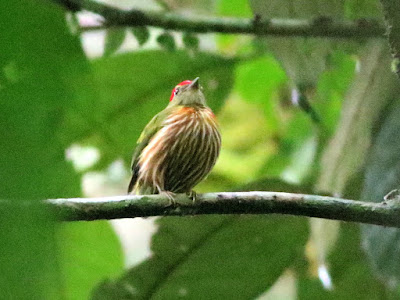 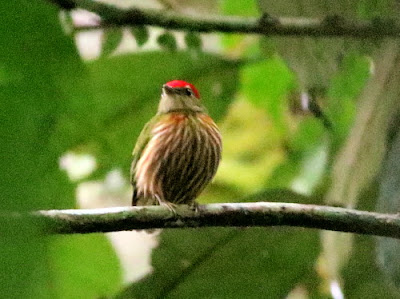 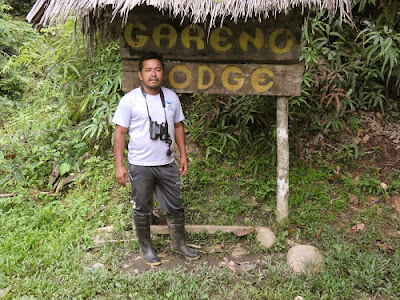 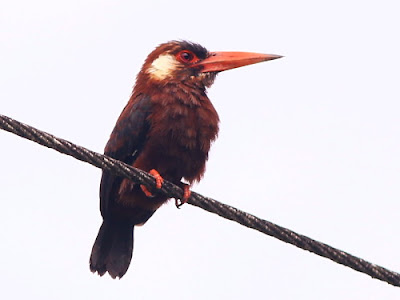 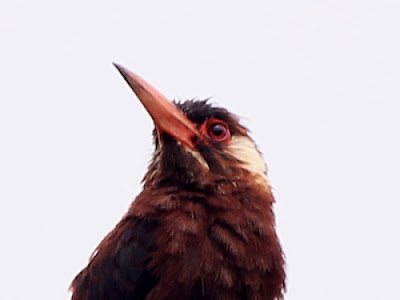 White-eared Jacamar on the drive to Misahualli 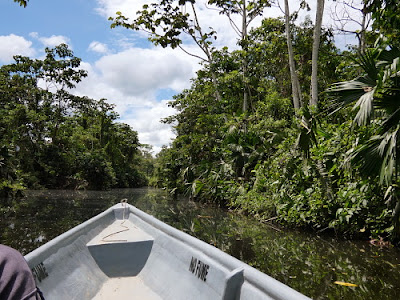 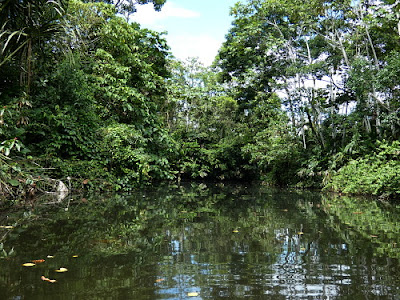 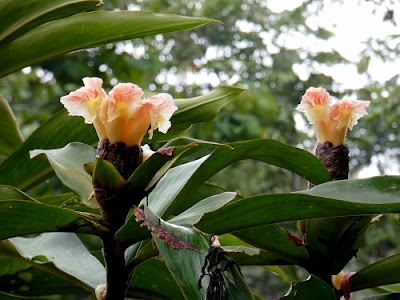 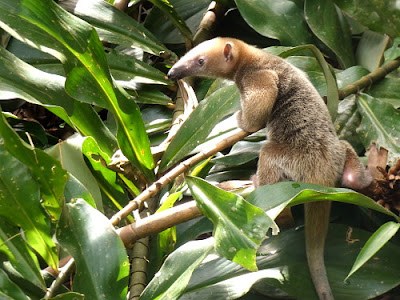 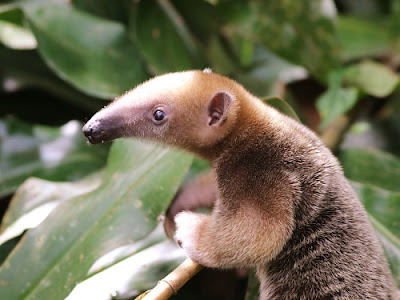 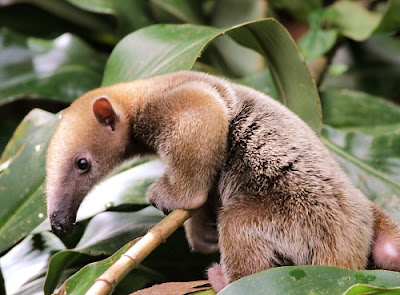 Southern Tamandua being one of two species of Anteater in Ecuador 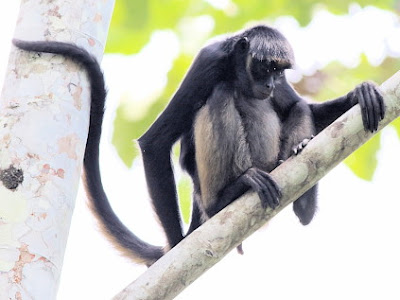 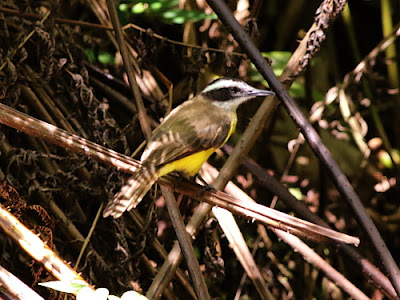 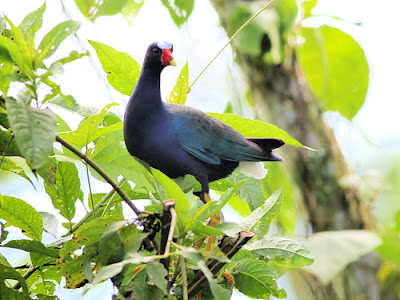 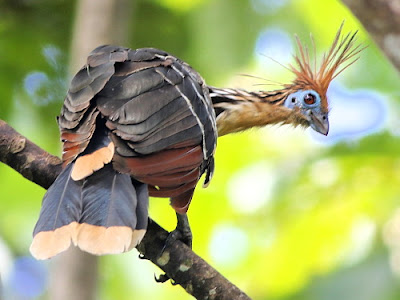 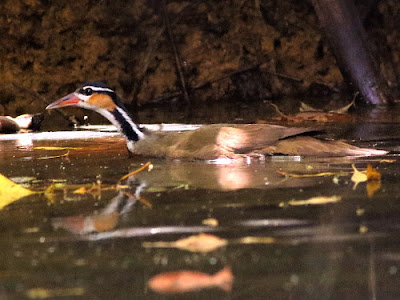 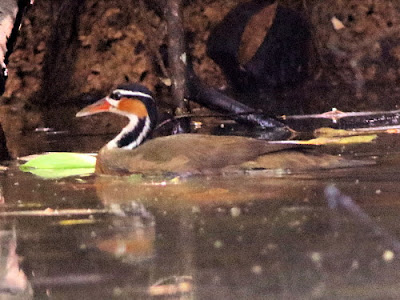 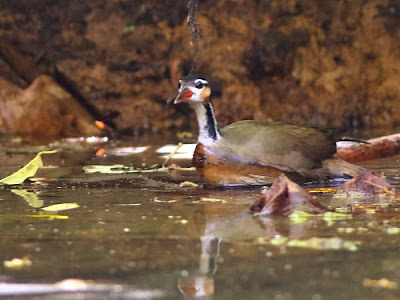 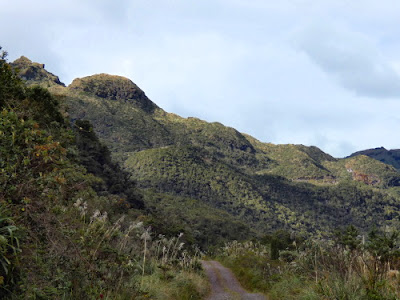 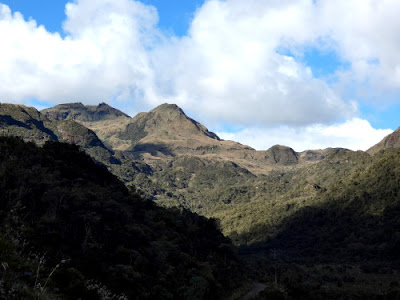 our return to the track to Coca-Cayambe reserve near Papallacta 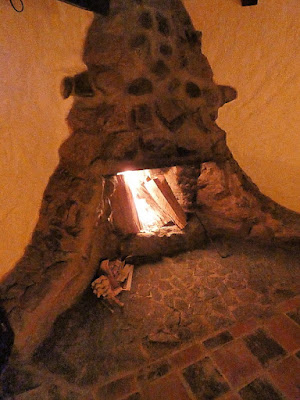 No humming Curassows but a warm fire in our room - what a difference a day makes!
Posted by Hegura at 07:48