After more heavy rain overnight we awoke to a overcast grey misty morning - but at least it wasn't raining. As the mist came and went I saw 2 Black-billed Peppershrikes around the parking lot at San Isidro. We then headed for Guacamayos Ridge where we were greeted by thick fog at the pass itself. Unperturbed we set off down the trail hoping to drop below the fog, but it was frustrating to encounter a large mixed-species flock at the first landslide area but to only see unidentifiable 'grey shapes and shadows'. Even worse followed as we could hear a Black-billed Mountain-Toucan repeatedly calling, and really quite close, but unfortunately couldn't see it. We then heard another Barred Antthrush that failed to show any interest in playback. Fortunately we did encounter some species low, often in the stands of bamboo close to the trail, that we could see, including Rufous-headed Pygmy-Tyrant, a pair of Green-and-Black Fruiteaters, a Masked Saltator and 3 Olive Finches all of which were new birds. The mist came and went but it remained difficult conditions throughout the morning. Eventually the fog thickened again so we reluctantly returned to the trailhead and headed back to San Isidro where we were greeted by a Black-billed Peppershrike and a smart Rufous-crowned Tody-Flycatcher. We elected to walk the road where we managed a poor view of a pair of Wattled Guans flying across the road, and a male Golden-headed Quetzal. 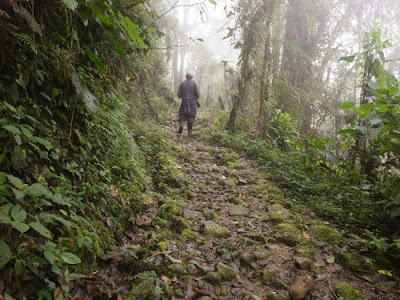 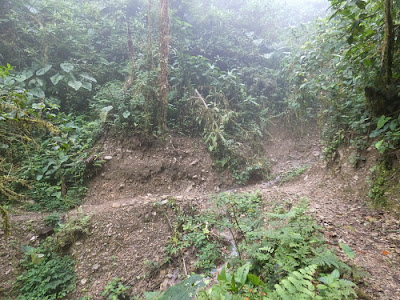 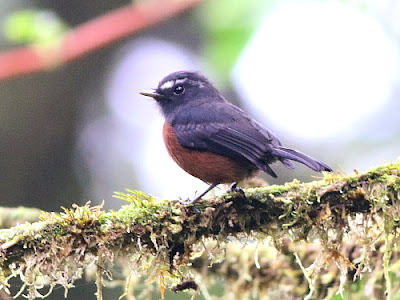 Slaty-backed Chat-Tyrant at the Guacamayos Ridge 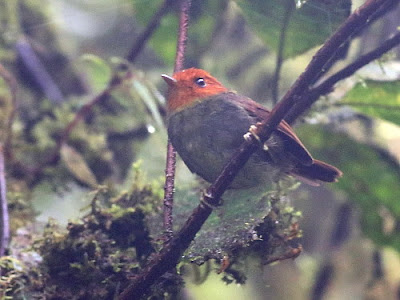 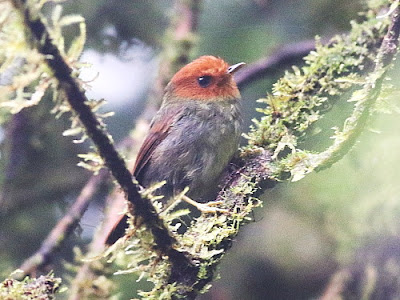 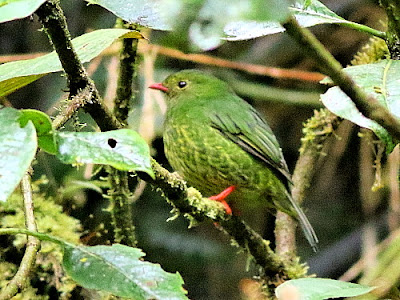 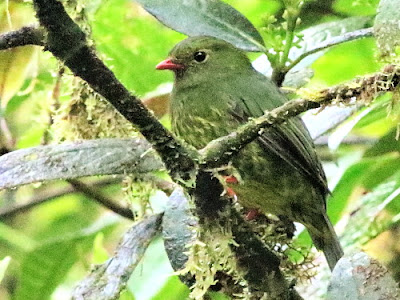 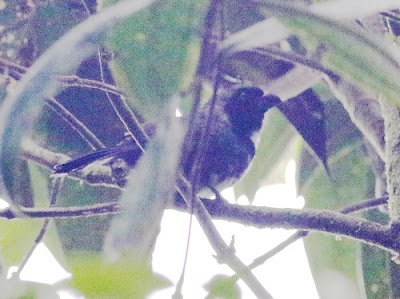 Masked Saltator at the Guacamayos Ridge 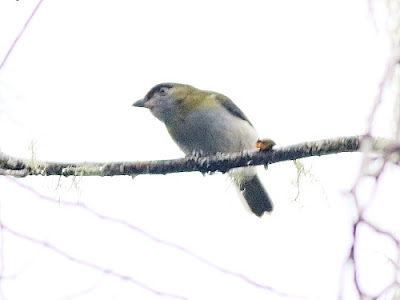 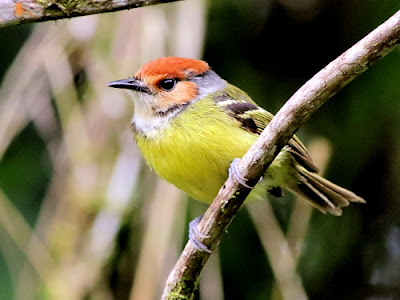