Some rain showers overnight persisted into the morning but we headed out early along the Waterfall Trail hoping the Mountain Avocetbill might attend its favoured flowers but it didn't show although we saw a number of open-country species but also a Smoky Bush-Tyrant and a Red Brocket Deer. We continued along the trail entering better forest where we found a nice mixed-species flock that included a pair of Powerful Woodpeckers and a Hooded Mountain-Tanager. Better was to follow as I saw a movement in a bamboo thicket that I suspected was a Tapaculo. Using playback, a Blackish Tapaculo jumped off the ground and landed on a low bamboo stem, frozen with one wing partially outstretched, looking around for an intruder in its territory for several minutes! We then added a Mountain Wren on our way back down the trail. We headed back to the Waterfall Trail in the early afternoon for another no-show by the Avocetbill, but walking further along the trail, we found another mixed-species flock that included a Plushcap. We then walked the Pipeline Way trail where the Alder woodland proved quiet but a White-capped Dipper was seen along the river. 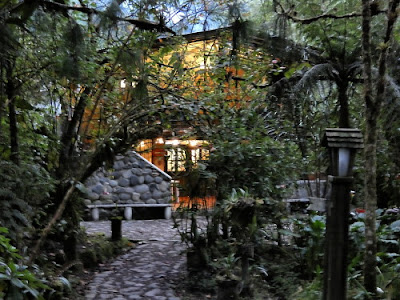 Leaving Guango Lodge at dawn after an early breakfast 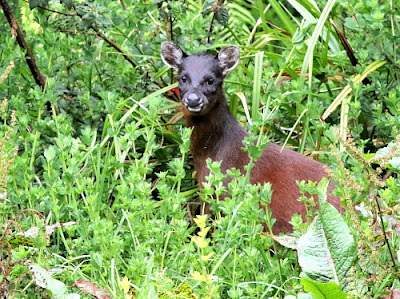 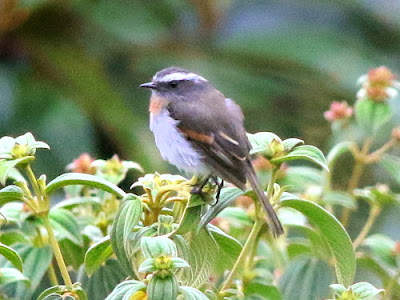 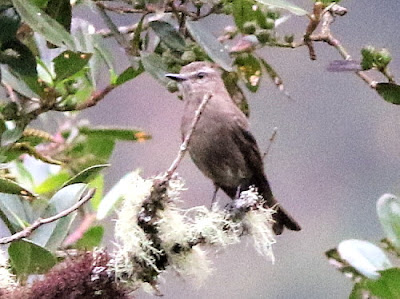 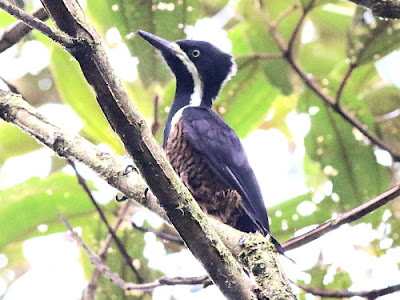 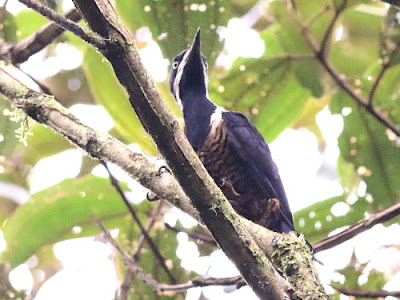 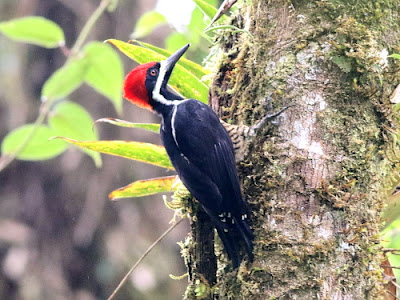 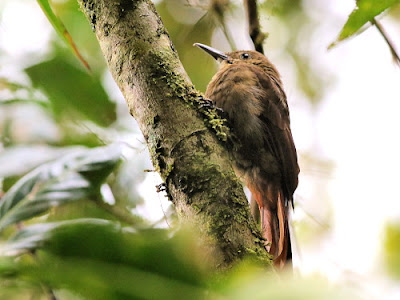 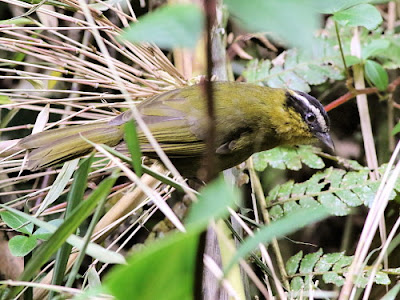 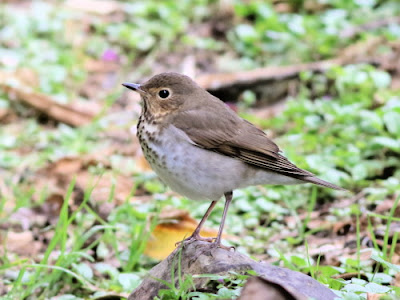 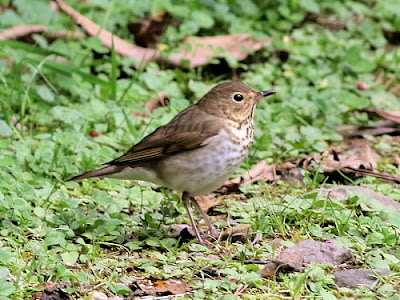 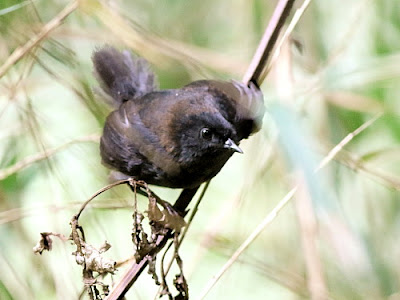 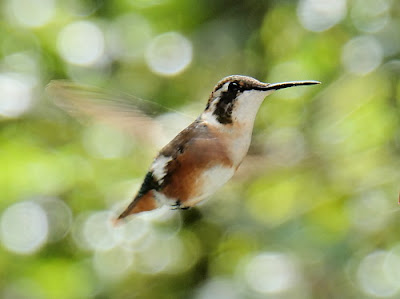 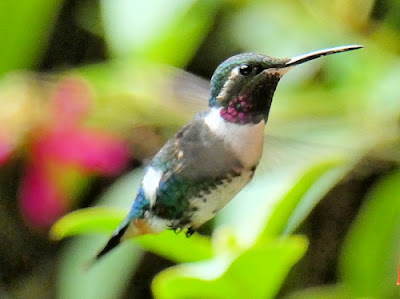 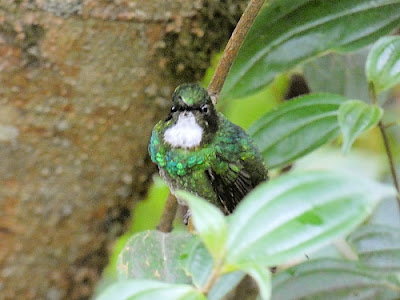 Female Tourmaline Sunangel at Guango Lodge
Females are polychromatic this being the distinctive 'white-throated' type. 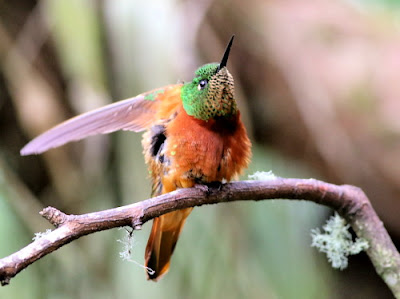 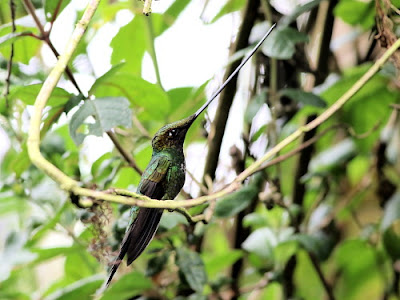 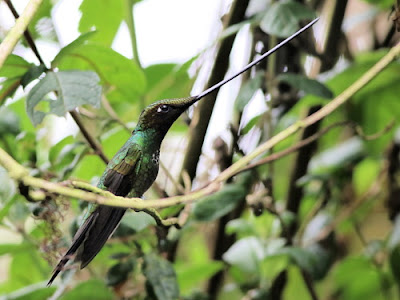 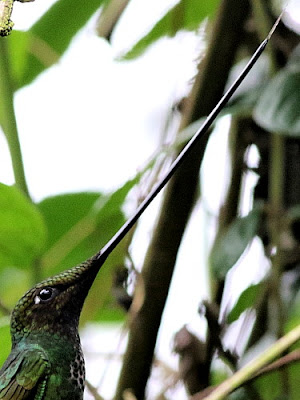 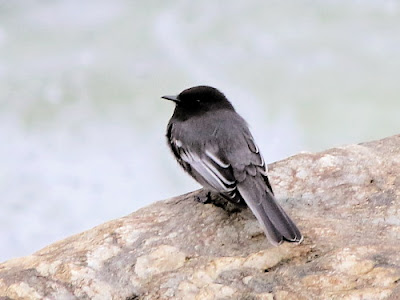 Black Phoebe at Guango Lodge
Posted by Hegura at 11:04