The storm finally abated overnight leaving a clear and calm morning. We decided upon a recce for the Swan census this coming weekend and toured the island's suitable sites. Whilst we found 22 adult Whoopers we only found 2 juveniles and the pair of Mute and their sole surviving offspring. A walk out to Heogland produced a surprise Bar-tailed Godwit, an interesting-looking juvenile Iceland Gull and then a drake King Eider. Whilst it was rather distant around the offshore salmon cages with a flock of Eider and Long-tailed Ducks it seemed to be the only bird that spent 99% of its time asleep! Will Miles and Roger Riddington were nearby and were soon watching it too. When a boat approached it was then the only bird to fly but landed off Uyeasound pier where Robbie caught-up with it. 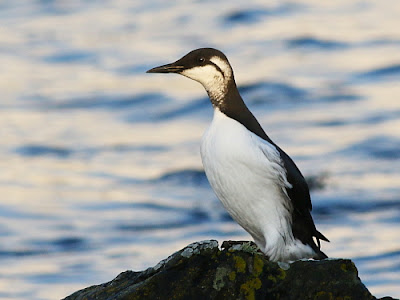 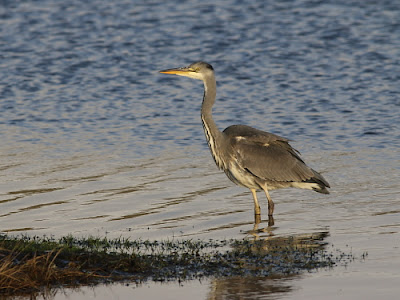 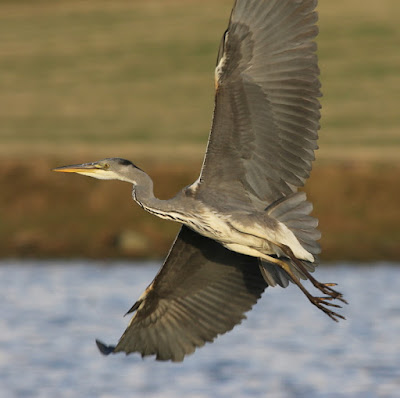 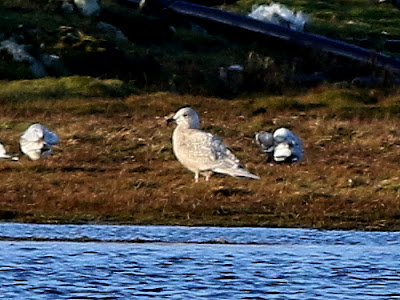 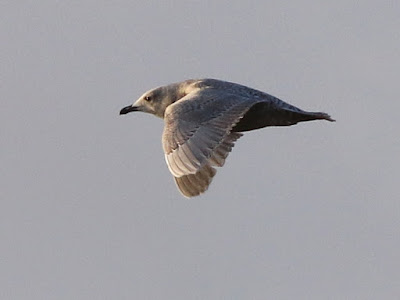 Iceland Gull at Heogland
With what appeared a robust black bill, its bull-necked appearance and very little contrast between its primaries and coverts there must be a possibility that this is a Kumlien's Gull. 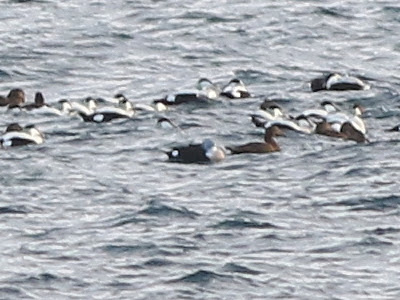 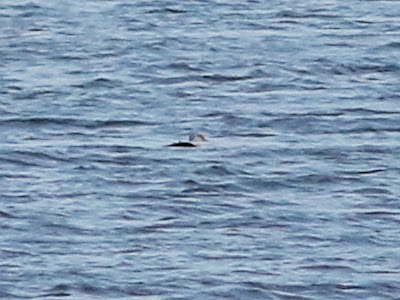 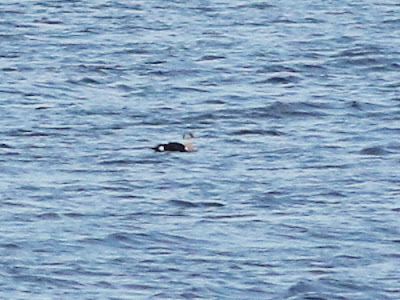