Storm Brendan arrived overnight and presumably caused damage to the local phone mast as we were without our internet and phone signal. Whilst windy at least it remained dry and bright virtually all day. As I drew open the bedroom curtains I noticed 2+ Killer Whales in the wick! After a quick dash for the camera I managed a few record shots before they submerged. They then moved east off the southern cliffs of Lamba Ness heading back towards the open seas. It's only mid-January and we've already seen Humpbacks & Killers from our house this year! We then toured the island seeing 2 Glaucous Gulls (ad & juv) at Loch of Cliff, a surprise drake Goosander on the houb, adult Iceland and third-winter Glaucous Gulls at Westing and second-winter Iceland and second-winter Glaucous Gulls at Haroldswick. 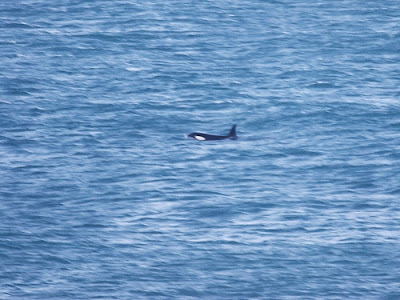 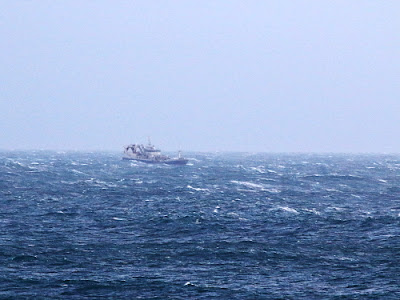 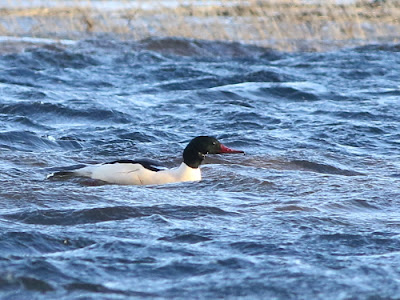 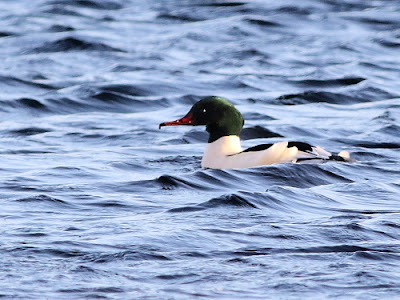 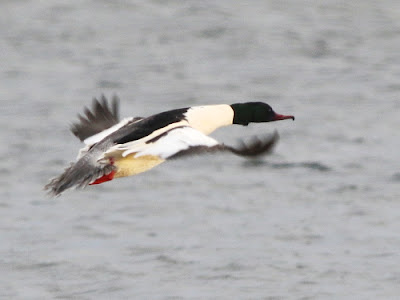 Drake Goosander on the houb 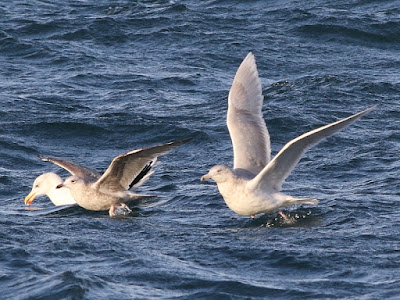 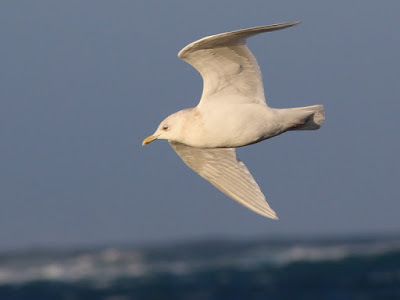 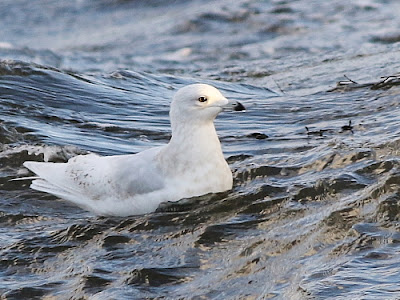 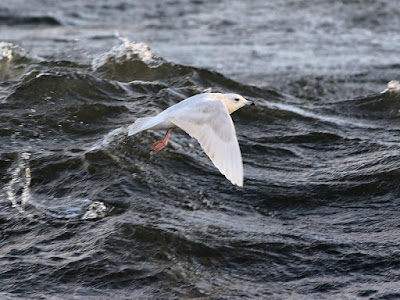 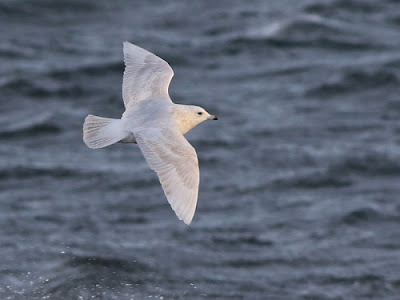 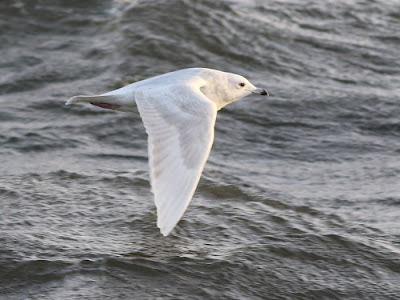