An increase in the temperature and a return to windy weather but at least it remained virtually dry all day. An adult Glaucous Gull was seen from our kitchen window over the wick and was soon relocated in the nearby fields. A Moorhen crossed the Holsens road and on driving down Lamba Ness there were 2 adult Glaucous Gulls in a flock of Gulls at the Loch of Lamba Ness. I sea-watched from 10am-11am seeing 2 blue Fulmars, a Glaucous Gull ad, an Iceland Gull juv. and an impressive northerly movement of Kittiwakes - I counted 250 in exactly the first 15 minutes and a further 50 in the next five minutes but was partially distracted photographing a Glaucous Gull - numbers passing appeared to remain virtually constant during the time I was present so an estimated 1,000 flew north in the hour that I was there. As I returned to Norwick a second-winter Glaucous Gull flew across Lamba Ness and another was seen over Norwick during the afternoon. 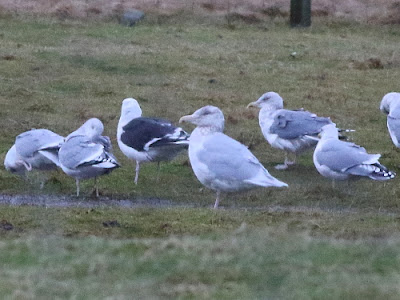 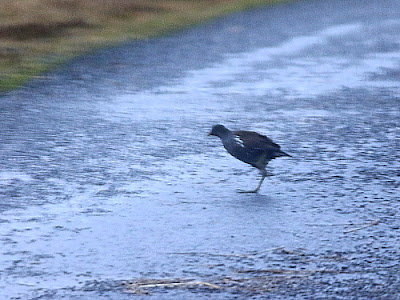 Moorhen crossing the Holsens road
Only the fifth Moorhen I've seen on Unst. One was present at the same place last winter and Duncan Gray saw 2 together there just before Christmas. 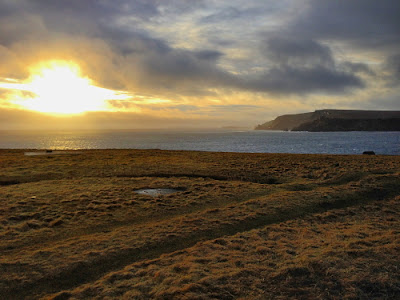 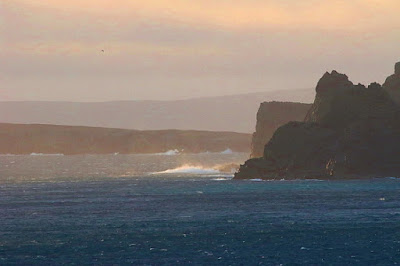 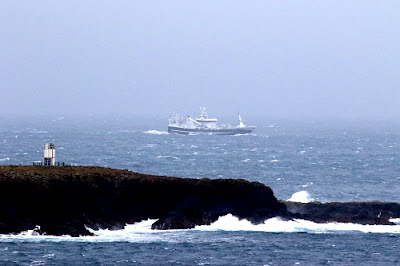 looking across to the Holm of Skaw from Lamba Ness 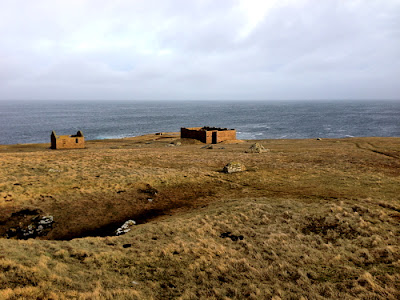 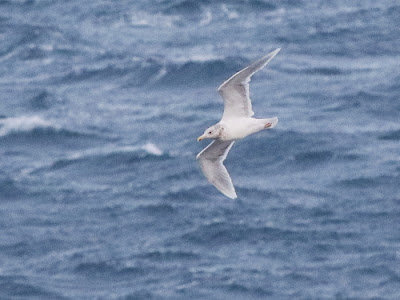 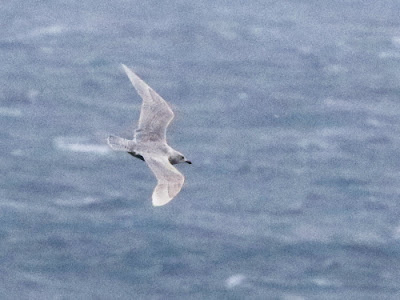 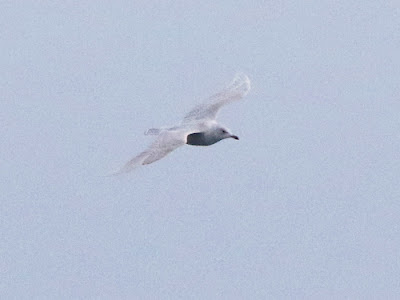 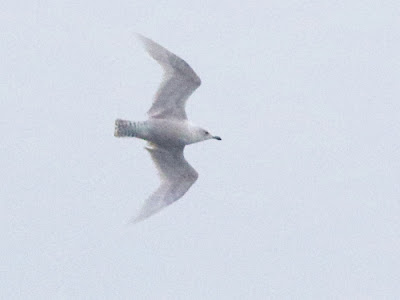 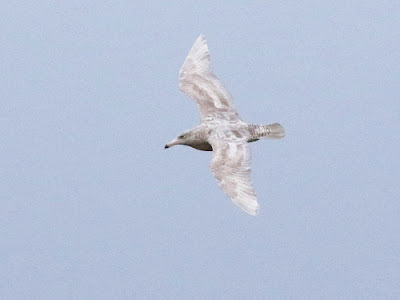 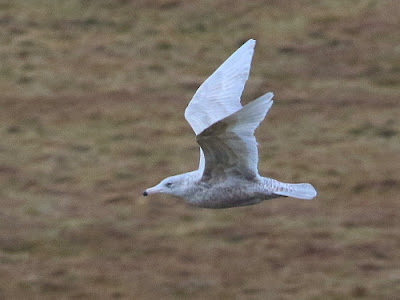