A colourful sunrise was soon lost to thick cloud. It had remained very windy overnight that continued throughout the day but it again remained dry. I sea-watched from Lamba Ness from 9.20am to 10.20am and then visited Skaw. We then walked out to Petester on the Loch of Cliff. 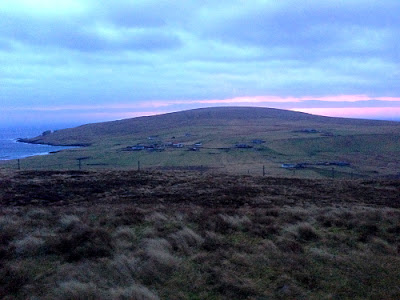 Sunrise over Hill of Clibberswick at 9.05am 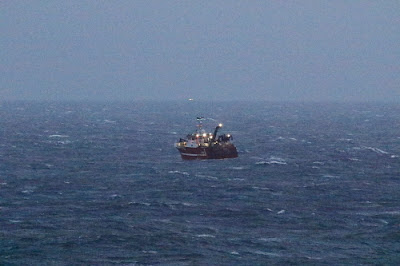 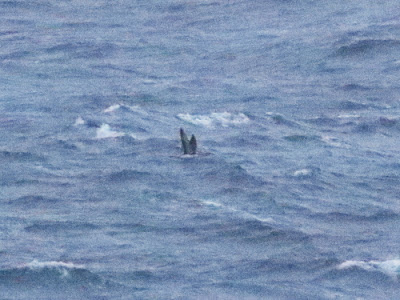 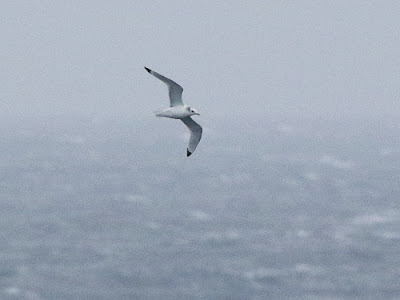 Adult winter Kittiwake passing Lamba Ness
Despite c.150 being seen it only included a single first-winter 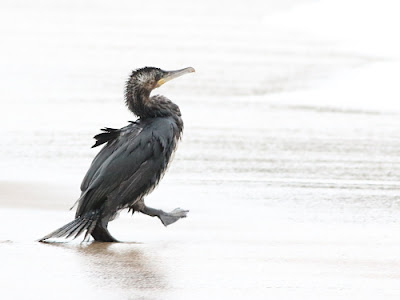 Cormorant off for a swim at Skaw 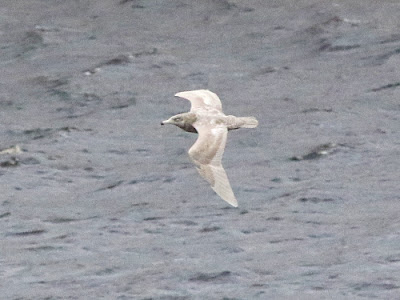 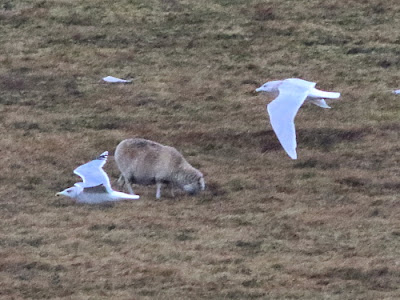 Fourth-winter Glaucous Gull at Loch of Cliff
Whilst its plumage appears that of an adult the subterminal band to its bill presumably ages it as a 4w
Posted by Hegura at 10:46
Newer Post Older Post Home