There was clearly some nice weather visible just to our east but the day here started wet and grey. With the weather forecast looking poor for the weekend we counted the Whooper Swans today unearthing another pair of adults with all of those seen yesterday still present and correct! There was a juvenile Glaucous Gull at the north end of Loch of Cliff and in the 20 or so minutes I spent at Burrafirth another 5 adults flew in off the sea. I then had a look for the King Eider but couldn't find it today. 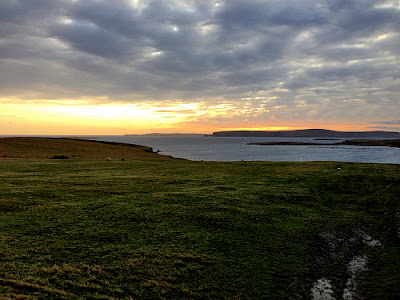 Nicer weather to our east!! 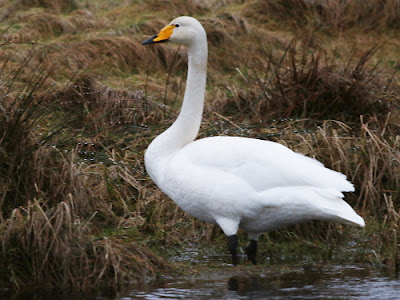 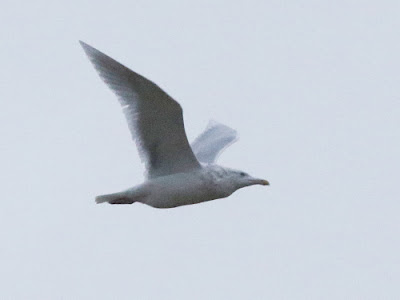 Adult Glaucous Gull at Burrafirth
looking at the crop on this one it would seem to support MSC's theory that it has come from as far this morning as a local offshore fishing fleet!
Posted by Hegura at 12:05
Newer Post Older Post Home