We awoke to new neighbours with a ship stationery in the wick all day. A juvenile Glaucous Gull was seen flying in off the sea at Norwick. We took a walk out to Heogland but there were rather few Eider and Long-tailed Ducks present although the 3 juvenile Iceland Gulls were still there including the possible Kumlien's. The second-winter Glaucous Gull was bathing on Easter Loch and a juvenile was seen drifting along the cliffs south of Westing. The highlight of the day was seeing a pod of small Dolphins that Brydon found in Baltasound. 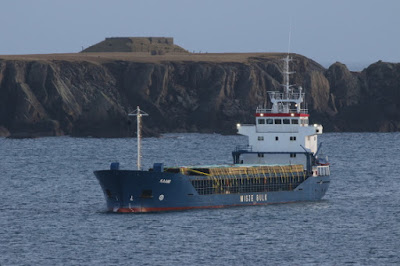 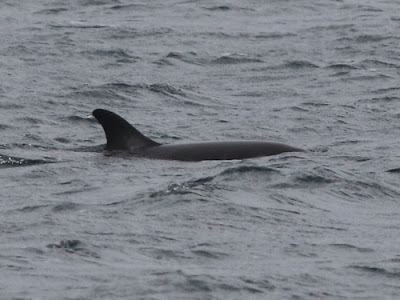 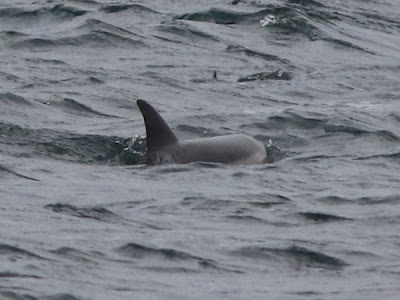 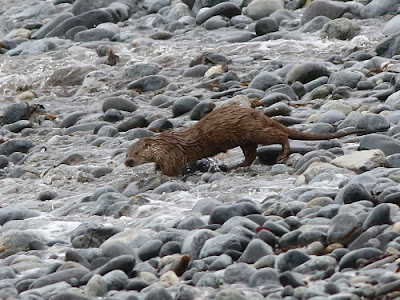 Otter about to take a plunge into the sea
Posted by Hegura at 10:51
Newer Post Older Post Home